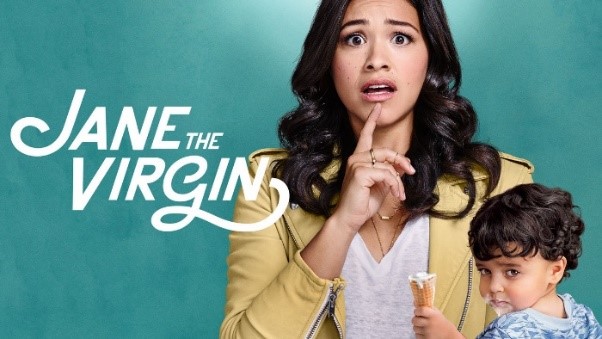 If you love romance, comedy, and even a tad bit of drama (or maybe, a lot of drama), ‘Jane the Virgin’ is definitely for you! The plot involves a young, unmarried virgin named Jane Villanueva (played by Gina Rodriguez), who is accidentally artificially-inseminated with the sperm of Rafael Solano (played by Justin Baldoni), the playboy owner of Miami’s hippest hotel, the Marbella. The show is based on a Venezuelan telenovela (soap opera) titled ‘Juana la Virgen’.

As the plot unfolds, Jane deals with the stress of meeting her biological father, giving birth to a stranger’s child, and having her best friend, Lina Santillan (played by Diane Guerrero), by her side to witness it all. Although Jane is the protagonist of the show, Lina is a wonderful sidekick, breathing sense into Jane as she tackles a wealth of daily struggles.

However, Lina finally gains her own spotlight in Season 4, Episode 5, where we learn of her desire to marry Danny Zhao (played by Joshua Chang), a Chinese-American that Lina meets while in New York.

Just a word of caution, spoilers of this episode are mentioned in the following paragraphs.

In the episode, Lina is skeptical of her upcoming marriage to Danny, asking Jane for her opinion on Danny’s character. Jane however is torn, wondering if she should divulge her true feelings about Danny. Lina states how she feels Danny is ‘square’ at times, feeling as though she were with an accountant. After Lina’s insistence, Jane tries to talk to Danny, while being interrupted consistently by his many observations, feeling ‘bored’ at the prospect of being in his presence.

When Jane confronts Lina about her experience with Danny, Lina is unsure whether she wishes to marry him. However, once Jane tells Lina that she must decide what feels right, Lina then realizes that Danny is the one she wants, after some contemplation. Afterwards, we see Danny ‘surprising’ Lina with a group of male strippers for her bachelorette party. Lina then embraces Danny, knowing her heart has spoken the truth to her. Jane breathes a sigh of relief, knowing she has done the right thing by allowing her friend to decide her fate.

Let’s analyze this a little further, shall we?

1) Lina is unsure of marrying Danny because he is ‘square’ at times.
– Is this in reference to the Asian model minority stereotype, or simply because he acts differently from other men that she has dated, which have typically been non-Asian?

2) Jane feels ‘bored’ talking to Danny.
– Might this refer to the trope of the geeky Asian man, who doesn’t have anything interesting to say to women?

3) Lina needs Danny to prove his love to her.
– What is the reason, she needs him to prove himself in order to be loved? Does she possibly see the colour of his skin as an obstacle that requires more proof of devotion?

Certainly, it is rare to find an WWAM coupling in a major Hollywood drama, especially one that has garnered as much attention as ‘Jane the Virgin’. However, should we take this coupling as a triumph in the advancement of WWAMers, or possibly, just a way to stir-up some more drama on a show that specializes in drama itself?