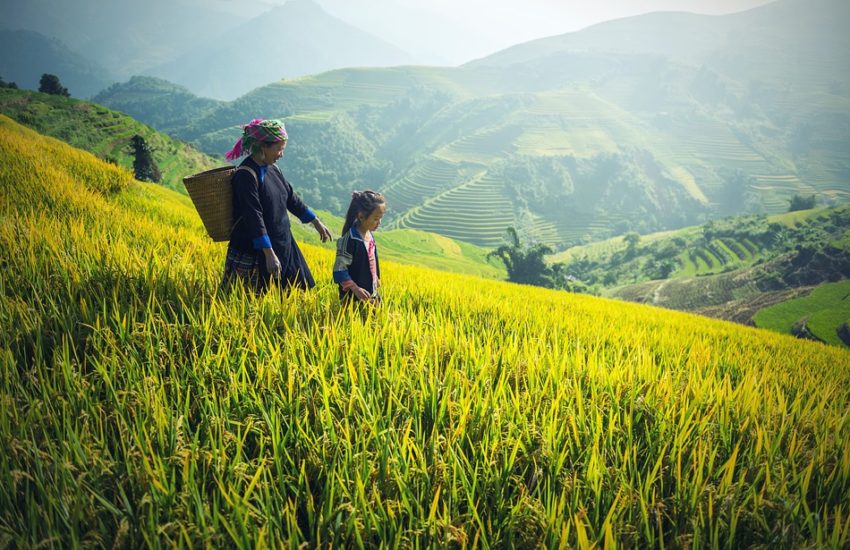 Nature has never been of an utmost importance in my life. Being outdoors lacks appeal to me; could be due to the heat (or cold in the winter), or possibly, it just isn’t my ‘cup of tea’.

However, after having met my 奶奶 (nàaihnáai; mother-in-law), I soon realized that ‘nature’ is imperative to my husband’s family. How so? Well, my 奶奶 loves being outdoors, especially when the spring approaches; it’s difficult to get her indoors! We often see her working late into the evening, trying to get as much completed before the night sky envelopes the air.

Upon seeing my 奶奶 working outside, I often wondered why she enjoyed it as much as she did. When I had asked my husband about her love for nature, he mentioned how in China, nature was incorporated into their daily lives. Since my husband grew-up in China (having left to come to Canada when he was fifteen), my 奶奶 spent a good part of her life there, learning to ‘embrace’ nature as a part of her own life.

My husband also mentioned how nature factored into his youth, with many children playing in the streets on a daily basis, regardless of the weather outside. Apparently, my husband learned how to swim by being ‘thrown’ into the river near his home; that must have been one harrowing lesson for him! 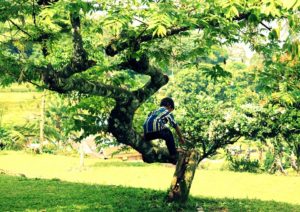 He also revealed how the elders of the village would walk up and down the cobbled streets, keeping an ‘eye’ on those troublesome youth (I suppose he was insisting he was troublesome)! When my 奶奶 was expecting my husband, she often toiled in the fields for hours, even though she was close to giving birth! Unfortunately, my husband ceased to carry on his love for nature from my 奶奶, or his upbringing in nature as a youth.

Cooking outdoors was also incorporated into one’s daily tasks in China. Certain dishes were often seen as having a ‘strong odor’, forcing the cook to prepare the dish outdoors. My 奶奶 still follows this tradition in Canada, cooking mainly large pots of 湯 (tong; soup), which often takes hours to prepare. Upon visiting her home, I smile at the large pot brewing on the table outside, wondering about the deliciousness that I will soon devour.

Seeing my 奶奶 dabbling in nature is satisfying, providing me a glimpse into a world I often shied away from as a child. Once the weather is appropriate, my 奶奶 can be seen digging the soil for her annual garden. Although it is a smaller-sized garden, she takes great pride in keeping it growing, with such vegetables as tomatoes, onions, and peas taking precedence. She has built various wooden-planks above and below the soil in order to keep the plants growing appropriately.

Now that my son is older (he will be three in October), he is often seen helping my 奶奶 in the garden, using a smaller-sized shovel to dig dirt, or pouring water into a bucket that she has set aside for him (this is one of his favorite tasks). I am proud that my 奶奶 has endowed my son with her love for nature, something that I am grateful for. Doing so allows my 奶奶 to form an unspeakable bond with her 孫 (syun; grandson), something that my son will hopefully pass on to his children in the future.

Now that the summer has come, I can often find my 奶奶 in the backyard, while my son runs towards her, pulling up his sleeves, and getting ready for another hard day’s work!

How has nature been incorporated within your life? Is it something you’ve always loved, or are you embracing it more so now as an adult?