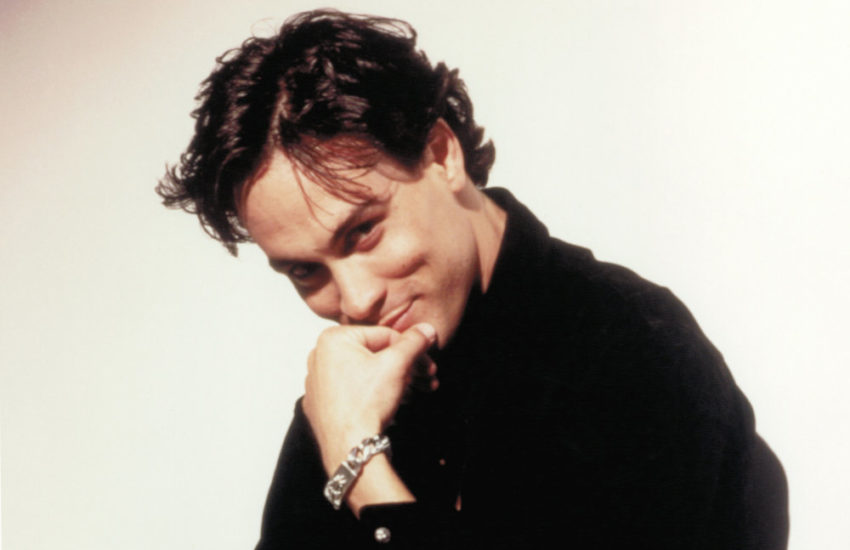 We are proud to continue our series of WWAM Love 2.0, beginning with an explanation as to the focus of this column.

As Western women in relationships (through marriage or other) with Asian men, we thought it appropriate to pay tribute to those whom were reproduced through this famous coupling. This column will focus on those whom resonate with us, with both Western women and Asian men as their natural parents.

And with that, let us introduce our second 2.0; the American actor, known mostly for his association with his famous father (more on that later), Brandon Lee.

Born in Oakland, California on February 1, 1965, Brandon Lee (李國豪) was the son of former actor and martial arts master Bruce Lee (李振藩), and Linda Emery. Brandon decided to learn kung-fu from his father at an early age, along with a desire to become an actor. This came from visiting his father’s movie sets on a daily basis.

The Lee family had lived in Hong Kong from 1971-1973, with Brandon moving back to the United States after his father’s passing in 1973. From then on, his work with films became prominent, allowing for Brandon to become an actor in his own right. His films have spanned over a decade, with many involving a cult following, writing themselves into history books, just as his father had done before him.

Brandon’s first role came as an uncredited cameo in the film Crime Killer (1985). After his brief appearance in 1985, he was then cast in a made-for-television film titled, Kung Fu: The Movie (1986). Coincidentally, his father was considered for the lead role in a television series of the same name, which aired in the 1970s.

Brandon’s big break came after his appearance in Kung Fu: The Movie, leading to a starring debut in Hong Kong, with Legacy of Rage (1986). This film was Brandon’s first lead, being his only film to take place in Hong Kong. This clip shows Brandon during a few of the fight scenes from Legacy of Rage. Originally, this film was made in Cantonese; however, the version shown above has been dubbed into English.

Brandon’s American debut came from the film Showdown in Little Tokyo (1991), a buddy-cop film, which sees Brandon depicting the character of Johnny Murata, a Japanese-American police officer who goes undercover to incriminate a Japanese drug gang in Little Tokyo, Los Angeles. Brandon then went on to star in Rapid Fire (1992), with many of the fighting scenes featuring his father’s teachings of Jeet Kune Do, as Bruce Lee coined the popular martial arts technique in 1967.

His last film was titled The Crow (1994), which featured Brandon in the title role as Eric Draven, a rock musician whom is revived from the dead in order to avenge his own death, along with that of his fiancée’s. Tragically, Brandon was killed during the shooting of this film due to a gunshot wound, which was later ruled accidental. The film went on to become a well-received tribute to Brandon, along with garnering a large cult following for its unique style and emotional depth. This clip shows Brandon in his final performance (due to the excessive fighting in this video, viewer discretion is advised).

Brandon is often cited as stating that he was close to his father, legendary actor and martial arts master, Bruce Lee. Throughout his life, Brandon quoted his father as the reason behind his decision to act, along with his love for martial arts, which was taught by his father at such a young age.

Both of Brandon’s parents were in a loving relationship up until his father’s death in 1973, which led to a solid family foundation for the youngster. Although he lost his father at a young age, Brandon still remembers the many lessons in which he taught him, carrying them throughout his entire career as an actor.

Brandon Lee became an icon of his time, with his love for acting and martial arts shining through, as he represented his heritage through his various acting choices. We are proud to honour this article in Brandon’s memory, making him our second WWAM Love 2.0, along with our first posthumous contribution.

Do you know of any 2.0s of WWAM Love? If so, we would love to hear about them!

Death indeed may be final, but the love we share while living is eternal. – Don Williams Jr.