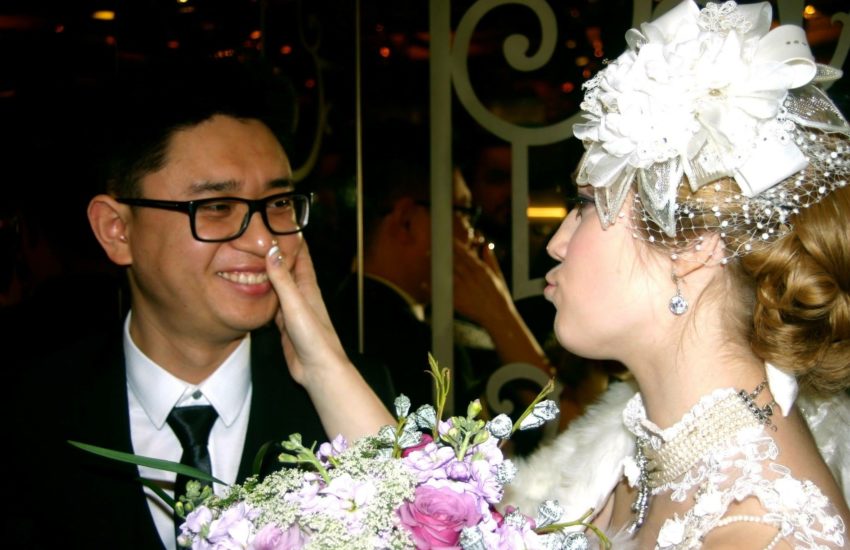 From a quiet county of around 700 000 our WWAM of the Month December found herself transported to the mega-city of Chongqing, with a population of over 30 million. We spoke to Julia about life in the Southern metropole.

Where are you from originally and can you paint a picture what your life was like growing up?

I’m from a small town north of Seattle, USA called Snohomish, and I grew up in a larger family with two sisters and a brother. I’d say it was a pretty average American middle-class upbringing with school, sports, and friends. I don’t think anything about my life growing up particularly indicated that I would one day end up abroad. It certainly was never the plan!

How did you end up in China?

Firstly, studying Chinese, and secondly, my husband. I started studying Chinese in high school and went on to pursue a Chinese major at University of Washington in Seattle. During my sophomore year at UW I decided to join an event for international students in hopes of meeting people to practice Chinese with, and I ended up meeting a handsome PhD student from China who would one day be my husband. After I graduated I moved to Chongqing and we got married. We’ve been in Chongqing ever since!

What attracted you to your husband?

You know, my initial attraction to him was 100% shallow—I just thought he was cute. I had originally written him off because of our 9-year age difference and the fact that he was only in the US temporarily, but later on I saw a different side of him. I saw him drive his friends home, help them move house, cook for them. It seemed like second nature to him to put those he cares about above himself. Later on, as I got to know him more I noticed something else—he is wonderfully unpredictable. To this day I honestly can never be sure of what he’s going to say or do, I think because he’s just one of those people who is both brilliant and creative at the same time. 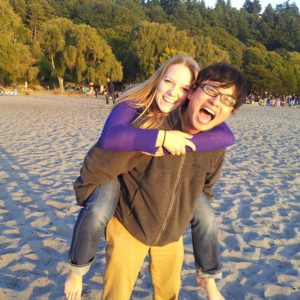 What do you enjoy most about living in China?

I like how lively China is. I like going out for a date in the evening and seeing families walking together, old ladies dancing to music, and professional colleagues laughing riotously in hot pot restaurants. It feels very warm to me.

What are the biggest challenges you face living here?

I think I have to be more dependent on my husband’s help than I would be otherwise. For example, if we are buying something where the price can be negotiated, I can’t be there or it will be automatically more expensive.

As a new mother, what are some cultural differences that you did not expect?

I did not expect to be so utterly confused about what is actually the right way to raise a child, if there is such a thing. There are things that most Chinese parents agree on, and there are things that most American parents agree on, and basically those things almost never line up. Not even the two country’s doctors agree. I feel very much stuck in the middle, with people I love and respect on both sides telling me completely opposite things. I touched on this a bit in my post about cognitive dissonance.

What is your strategy in dealing with such differences?

My strategy is just surrounding myself with other parents who are stuck in the middle too. Mixed families, Chinese families who have spent time abroad, and expat families living in China all tend to have their own special blend of two country’s strategies for taking care of their kids. We get each other, and my hope is as our kids get older is that they’ll understand and support each other, too.

Are there any cultural aspects from home that you try to introduce to your child and how do you do it?

Chores! I don’t think many Chinese parents and grandparents in the city require kids to do household chores like dishes and taking out the garbage. But I did chores as a child and I think it’s good for kids to help out around the house. My husband and my in-laws love the idea! My son is one and a half and he already wipes his tray after dinner and puts dropped food in the garbage can. He enjoys it, for now!

If you told your 17-year-old self that this is where you would be now, what would her reaction have been?

Honestly, I would probably just be shocked that I’m already married with kids at 25. At the time, I was the perpetually single one in my friend group, and expected to stay so well into my 20s. But otherwise I would have been very intrigued, falling in love with a man from the other side of the world is so romantic.

Where do you see yourself and your family in 10 years?

I suppose we’ll be in Chongqing, hopefully all healthy and happy. We’ll do our best!