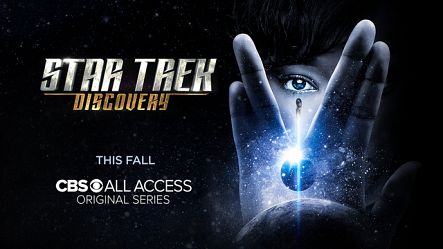 When I first saw the trailer for the new season of Star Trek, I was super excited. Here is a strong Asian woman, who is the captain of a starship. The new series looked like it was going to be all about girl power. And then I started watching…

My expectations of where this new Star Trek adventure was taking us were flipped on their head and then flipped again. It definitely felt a bit as if the gravity generators were malfunctioning as only a few episodes in, the amazing Captain Phillipa Georgiou met her very grizzly end at the hands of the Klingons. I admit that for an instant I faltered. The idea that the show would kill off this stunning character in just a few episodes really put a dampener on my enthusiasm. It was as if my excitement had been sucked into a black hole. But I decided to continue watching – mostly because I am just that into Star Trek and even the loss of this wonderful character and actress was not yet quite enough to put me off the whole show entirely. After all, there’s still Michael Burnham.

And boy, am I glad I didn’t give up. The storyline is admittedly pretty stunning, and in general it felt like the show was a lot faster paced than its predecessors, with a number of classic Star Trek scenarios and concepts occurring just within the first season. And while I won’t give away in what manner the character of Phillipa returns – or at least a version of her – my long-lasting disappointment that the other East Asian character on the bridge was only in a tiny number of scenes finally came to an end with the big reveal.

Star Trek has also turned its fairly established rules on its head by not coming to the conclusion that this reincarnation of Phillipa ultimately needs to return to wherever she came from, but rather keeping her on for at least a second season.

Another thumbs up for Star Trek’s first gay male couple, Lt. Paul Stamets and Dr. Hugh Culber. Totally loving these two, both for their cute chemistry as lovebirds and their amazingly epic love story. Get the tissues ready, people.

In conclusion, this show has been a more action-packed, bombastic spectacle with many twists and turns, and I like it. My only complaints are the shitty opening titles – seriously, if it ain’t broke, don’t fix it, and the weird look and feel they’ve given the Klingons. Why do they sound constipated when they talk? A good Klingon needs to sound angry not like he’s sitting on the john with piles.  In my opinion, their look also doesn’t entirely make sense in the Trekkie timeline of much more human-looking Klingons that evolved into the gloriously violent race we see in TNG.

This new incarnation is set in the time just before Kirk, and yet the Klingons seem like a weirdly evolved form of the TNG version a century later, who somehow have forgotten about their most remarkable feature – a full head of long, marvelous thick and wavy hair. The argument of a virus making the Klingons look more human in Kirk times basically means this has to happen somewhere during the decade between Discovery and Enterprise – but I’m still hung up on the hair. Seen as we are evolving to have less and less hair, where did all that extra Klingon hair suddenly appear from? Must be something in their pre-Kirk diet.

Anyway, I’m nerding out. I’ll leave you with just a recommendation that if you haven’t binged the heck out of this new series, you really should. Oh, yeah, and live long and prosper, and all that.