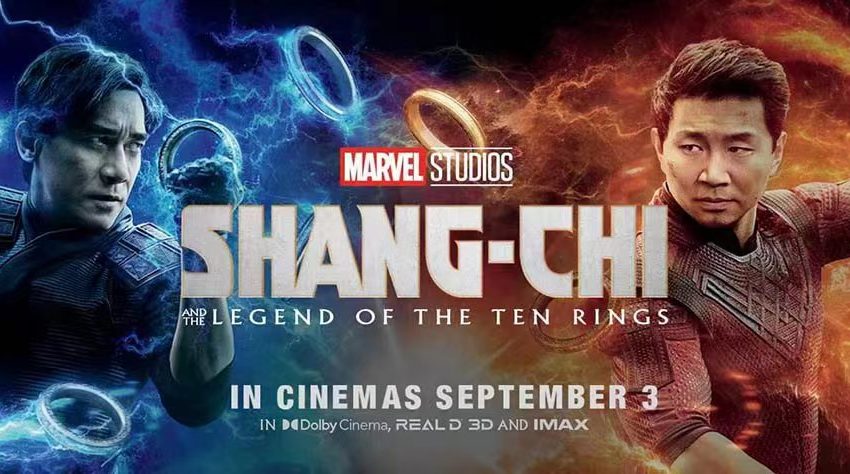 With Shang-Chi and the Ten Rings, Marvel has finally added a main superhero of Asian descent and an all-Asian cast. This is essentially Black Panther for Asians. So is it the absolute success story that Wakanda was? It probably depends, who your target audience is.
I personally thoroughly enjoyed Shang-Chi, not least because two of my favourite actors,  Tony Leung and Michelle Yeoh, starred in it. My husband, though, not so much. Believe it or not, it felt like deja-vu. One of my favourite movies of all time, which played a considerable part in my interest in China and Chinese culture, was Zhang Yimou’s Hero. I loved, loved, loved this film with its beautiful artistic play with colour and the cool Kung-Fu. My husband however, did not.
He complained, as I have heard many other Chinese complain, that Hero is essentially made for a Western audience. The Kung-Fu scenes are okay, but many Hong Kong flicks have done much better in their eyes. The story did not impress my husband either. Finally, he, like many others, bemoaned that Zhang Yimou had been commercialised, leaving his roots of critical filmmaking behind, to be replaced by bombastic Hollywood Blockbuster non-descript trash.
For him, Shang-Chi suffers from many similar issues. It is certainly made for a Western audience – with a “positive” Orientalist view of mystical, ancient China. That being said, I personally feel that in the context of Marvel movies, mystical isn’t unexpected. However, my husband loved the MCU films, this is the first one he is not really into.
He also interestingly observed a colour theme – the final battle between good and evil features a white dragon and a black demon. A very typical Western colour scheme. Dragons in Chinese mythology can after all be red, green, yellow. Why white vs. Black?
One of the other gripes that Chinese audiences seem to have is with Simu Liu‘s looks. They complain he is not handsome. Now, I think it’s important to point out that there’s no need to be handsome to be a good actor. And not being traditionally handsome shouldn’t disqualify you. But I kind of get it. I personally much prefer Tony Leung in his dad role. And if you look at the MCU, the only other male Asian character is Wong from Dr. Who. Bless him, he is adorable, but also not blessed with what you’d call breath-taking looks. If you compare him with all the other MCU heroes, who could mostly be considered chiseled gods, you do wonder…
In the end, I would say what this film is about most is representation for Asian Americans. The director and most of the actors are after all Asian Americans. That’s why it is important. They are finally being seen on-screen after so many years of being ignored. Just for that alone, I think it is worth your time.