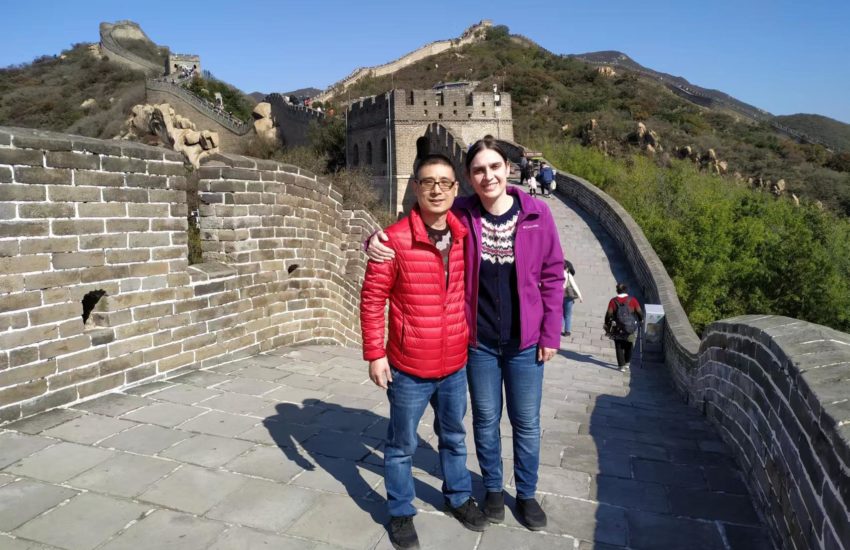 “I attended multiple going away parties in one week,” confessed a foreign coworker of mine not long ago.

After living in China for years, he had become accustomed to the annual wave of departures that invariably rippled across every expat social circle. But what was once a steady drip had now become a deluge.

It was sweeping up a lot of my friends too. Among them were people I’d pegged as China “lifers”–including a fellow foreign woman with a Chinese husband who had always seemed so happy about life in Shenzhen. But the death of a close family member, whose funeral she couldn’t attend, prompted a dramatic reshuffle of her priorities, leading her to pack up her life and say goodbye to China.

Headlines such as “Foreigners Are Leaving China in Droves” and “China’s Foreign Firms Are Running Out of a Key Resource: Foreigners” shout out the stark reality of the times we live in.

And yet, as foreigners flood out of the country, I’m one of the few going against the current. I’m staying here, and still committed to living in China for the rest of my life.

Why would you stay in China?

Such a question echoes those I heard years ago, when Americans, upon hearing of my plans to move here, would ask me why I would want to go to China?

There are many reasons why I remain in China. I have family here, including my husband, so I want to stay close to them. My career is here, where the shortfall of foreign talent boosts job security (and makes it easier to land new positions, if needed). And finally, after so many years of living here, China just feels like home that I can’t imagine being anywhere else.

Saying that I want to stay, that I have no intention of leaving, sometimes feels strange at a time when so many foreigners have chosen to go — often publicly, trumpeting their departures in posts on social media or reports in news outlets, like “Leaving Locked Down Shanghai for a ‘Whole New World’ Outside China“.

I respect everyone who wants to go — and I can understand. After all, I desperately miss my family back in the US. My heart aches if I think too much about how long it has been since we last saw each other, and the uncertainty about when I may see them again.

But as foreigners in China continue to make their exits to their home countries and beyond, I’ll still be the one waving goodbye, and offering on-the-ground reports about “what it’s like” these days. Because for better or for worse, China is my home, and I’m here to stay.