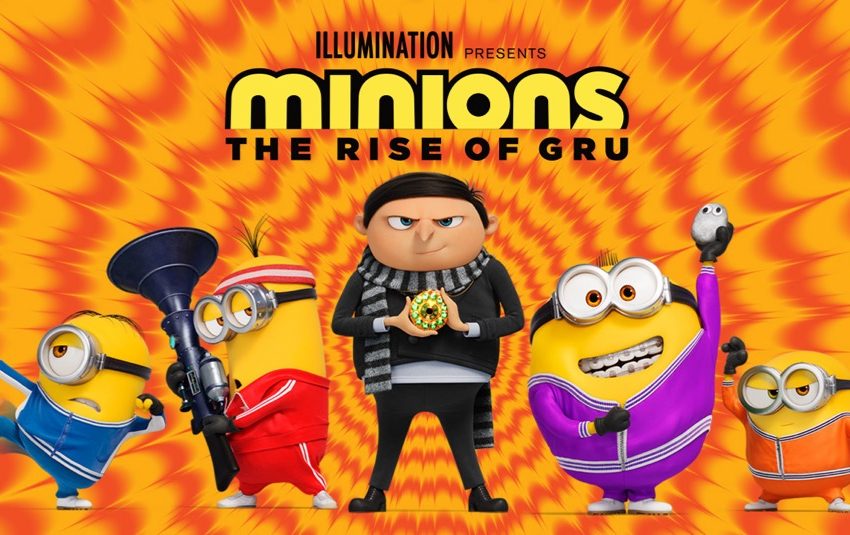 When I started this column, I never thought there would be a day when I’d find myself writing about the Minions of all creatures. But here we are, it’s 2022 and there is some Chinese action.

Off to a good start

When I heard the opening theme, I almost fell off my chair. Indeed, G.E.M.’s dulcet tones emerged as they sang the Chinese cover of the classic Bang Bang by Nancy Sinatra. This opening and the fact that the first few seconds of the film played in China made me wonder. Could it be that this movie was actually set in China? That was definitely unexpected. And also, wrong. After the initial encounter in the Middle Kingdom, which lasted around 30 seconds, we were transported back into more familiar Gru and Minion territory, the non-descript American town he lives in.

Still, I couldn’t quite shake the suspicion, that this movie would somehow be related to China. This made me even more confused – I mean, why the heck have a Chinese theme song if you’re not going to go there? Finally, after 45 minutes Gru and his Minions ended up in…San Francisco China Town. What?!

I’d like to introduce a new term that I have increasingly witnessed in Hollywood movies: China-washing. It’s just randomly adding Chinese elements to a movie that make no sense in order to pander (or should it be pandar 😉 ) to the Chinese market. These movies just tack on superficial references to China and don’t get into any real meat. All these Hollywood directors really add, when they want to sinify their plot, is either Kung-Fu or the 十二生肖, the Chinese zodiacs steeped in historical mystery. It was exactly the same with Shang-Chi. And frankly, it’s really starting to irritate me. China is more than just animals and martial arts.

Just one more addendum: In case you were wondering, what China’s censors thought of the film, check out this article that explains why they simply changed the ending – as they recently did with Fight Club. Ahh, gotta love ‘em…

Michelle Yeoh is a Goddess – once again

One thing I loved was my heroine Michelle Yeoh voicing Master Chow, the kick-ass elderly Kung Fu Queen. Though in real life, Michelle is about as far from being a tubby old lass as I am from ever having a figure like her at 60. Michelle already proved she has a talent for comedy when she starred in Last Christmas, and overall, this casting simply made absolute sense.

What about the Asian dudes?

So what about the all-important piece of the story? The very reason we have this column. What about the Asian men in Minions? Don’t get your hopes up, my friend, the showing is pretty dismal. I’m embarrassed to admit, I didn’t even get the name of the only Chinese male in the movie – a dodgy Bruce Lee stick figure, who besides a few Kung-Fu scenes doesn’t really seem to do much, or even say any words for that matter. So, on that front, don’t waste your time and energy.

The only thing left to say is that this is a typical Minion film full of chaos and mishaps, just as we love it. So, as long as you don’t expect them to actually go as far as China when they play a Chinese opening song and it just turns out to be China Lite, you can still fill an hour or two with this funny film. Like I say, just don’t expect favourable and interesting representation for Chinese men.