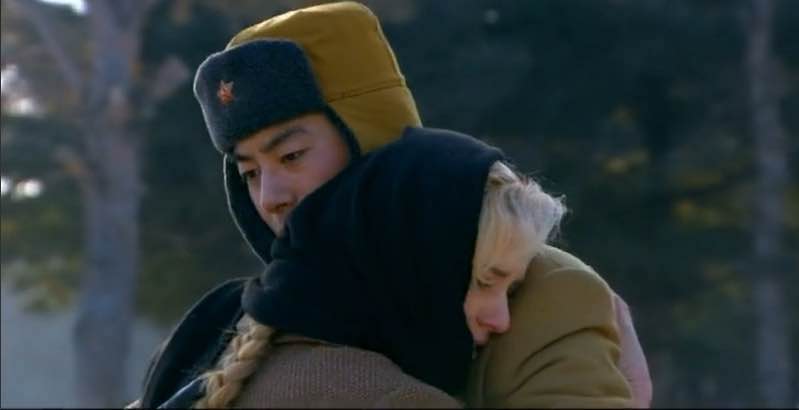 For some time now Where’s Wang posts have only featured movies and TV shows from the West. How about in the East? Where is Wang with Western girls in Chinese dramas? Korean? Japanese?
Well luckily back in 2012 there was one semi-famous drama in China called “My Natasha.”

My Natasha is a drama spanning 50 years. It is about Pang Tiande, a Chinese soldier and a female Russian officer named Natasha. The first half of the show takes place during World War II. Their love throughout the show was almost forbidden as many people throughout the drama were trying to keep them apart.

The main actors portraying the characters are Zhu Yawen and Irina Kaptelova.

NOTE: SPOILERS. So if you want to watch the drama and don’t want to be spoiled, then read at your own risk.

A Summary of the Story Line

In the first episode, Tiande is attacked by Japanese soldiers and wounded. Natasha finds him at a riverbank and later does surgery on him to remove the bullet. In the second episode, Natasha attacks Tiande, accusing him of being a Japanese soldier. They then get to an understanding that Tiande is in fact, not Japanese.

After the first several episodes Natasha becomes Tiande and his squad mates’ “Teacher”. (I can’t remember why, but she helped train them more as soldiers.)

After a few episodes, Natasha realized she was falling in love with Tiande. And him likewise. Tiande then left for a few years to fight the Japanese. Before that, as a symbol of their love, they would use flags to communicate across far distances. This later would play an important role in their relationship. Natasha had signed with the flags that she loves him. He confessed that he loves her too and will come back soon. They later got married in a small village they helped defended and then sometime after that Tiande brought Natasha back to his hometown.

While in his hometown, Pang Tiande’s father didn’t approve of their relationship and tried everything to keep the two apart. Natasha, while drinking with her father-in-law once compared her and Volodya (Tiande’s Russian nickname) to the Cowherd and Weaver girl. She asked his father why he wants to keep them apart.

In the middle of the show, there is a Japanese girl who is anti-war and working as a nurse in Tiande’s hometown. She also falls in love with Tiande. He cannot recuperate her love because he loves Natasha. But then Natasha and Tiande’s time together is put to a halt. Natasha has to go back to Russia as relations between Russia and China have come to an end. Tiande goes to a river on the Soviet-China border, finding Natasha there. They used a boat cross the river and meet. The two of them haven’t seen each other in a few years. 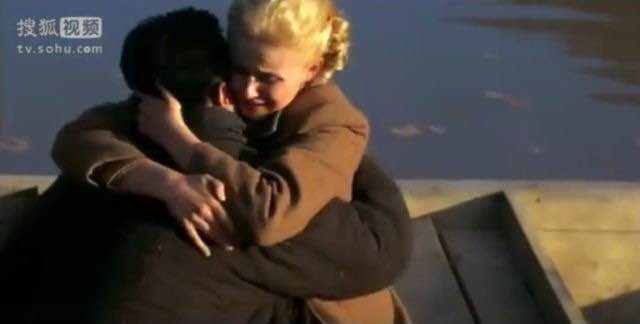 They would still use flags to communicate with another from across the river. Tiande was staying in an old fishing hut on the river, hoping to be close to Natasha. One evening, Natasha snuck over, wet from swimming across the river. Soon, they eventually consummated their marriage (finally!). However, just when you think there is going to be a happy ending, they both are separated again. Natasha leaves after that night and Tiande is heartbroken.

He marries the Japanese nurse and they have a daughter together. Years pass and Tiande is older now. A mysterious stranger comes looking for Tiande, saying that his mom is looking for him. Tiande states he doesn’t know who his mother is. In the last episode, Tiande and Natasha finally meet again for the first time in 30 years. Tiande says to her, “You’re still my Natasha.” 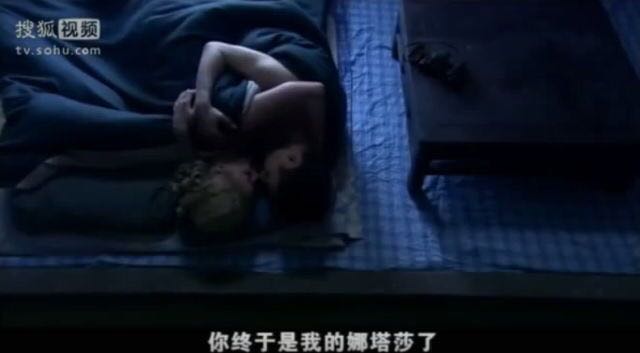 Some Observations About “My Natasha”

My Natasha is a drama that I had my heart set on to watch since learning about it in 2012. However, I was discouraged at the time because my Chinese was not that great and I didn’t watch it until 2014. However, some key issues of the show to point out for a review: