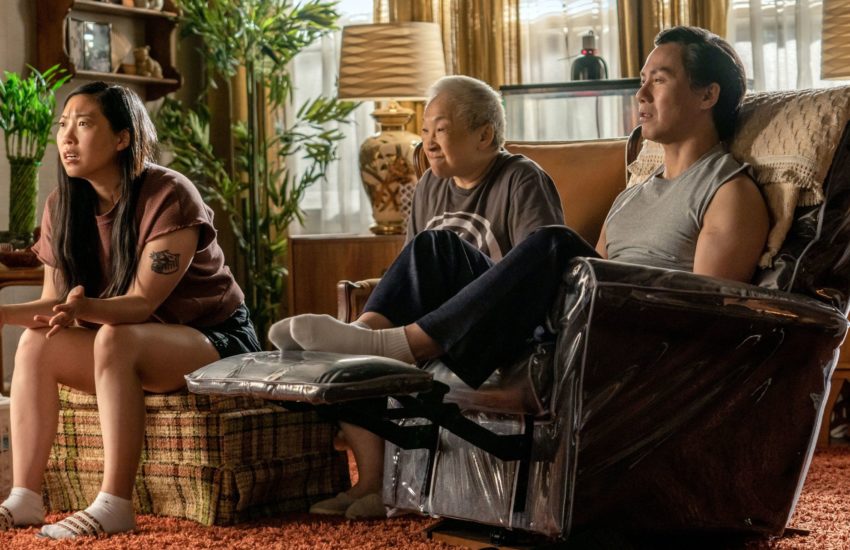 Awkwafina is Nora from Queens is the show you must watch if you want to laugh so hard until you cry. If you don’t know who Awkwafina is, you really need to watch some of her other content such as Crazy Rich Asians and Raya and the Last Dragon. In the show, the WWAM romance was kind of a surprise, but not much of a spoiler.

This show is semi-based on Awkwafina’s life living in New York City with her dad (BD Wong) and paternal Grandma (Lori Tan Chinn). Nora, who is Awkwafina, in her late 20s, lives this carefree life and can’t keep a job down. Her father, Wally, and Grandma offer her lots of support and fun humor too.

Wally wants to start dating again after feeling really lonely on the day of the wedding anniversary with his former wife. His wife died when Nora was young, which truly happened in Awkwafina’s life. Then, one day, Wally joins a support group for single parents. He realizes that he’s probably the only one who has an older child in their 20s. Wally then meets Brenda (Jennifer Esposito) and instantly feels a connection. They realize they have more in common, like having older children, but Wally is too scared to even approach the idea of dating her.

He’s learning how to use Instagram, hoping that Brenda will follow  him. There’s a hilarious event that Wally unknowingly started in which Nora and her cousin Edmund (Bowen Yang) put aside their differences and solve Wally’s problem together.

Other reasons you should watch this show? There are some pretty high-profile actors and actresses in the show as well that make it more hilarious than you think, including stars such as Ming-na Wen (Mulan, Star Wars, The Joy Luck Club), Dumbfoundead (Korean-American rapper), Simu Liu (Kim’s Convenience, Shang Chi), and Harry Shum Jr (Glee and Shadow Hunters).

Season 2 of Awkwafina is Nora from Queens comes out August 18 on Comedy Central — don’t miss it!