We started collecting our paperwork and getting things notarized shortly after I arrived to Mongolia in July of 2015. We had heard it could take some time for applications to be approved. Thankfully the US Embassy in Mongolia website had a list of everything we could expect to have to provide for our application. Z, my then fiance/now husband, ran around through August and September to get copies made, translations done by the Translation Bureau, and compile all the necessary documents. At the start of the last week of September he submitted our Application for Marriage “dossier” to the Office of Civil Registration in Ulaanbaatar. They told him we could expect it to take a month or more. We put it in the back of our minds and went about everyday life.

A week later we got a call asking us to come to the Office on a Friday morning. As it had only been a week, we expected there was some sort of problem or that I/we needed to be interviewed. I scheduled the day off from my school and at 10 AM on Friday, October 2, 2015, we arrived at the Office of Civil Registration. Z was told he needed to run to the bank down the street and pay a 4,000 MNT fee (about $1.80 USD). This seemed to complete the process as the official then said she was ready to marry us!! As Z translated her words I was both shocked and surprised. I was wearing jeans! 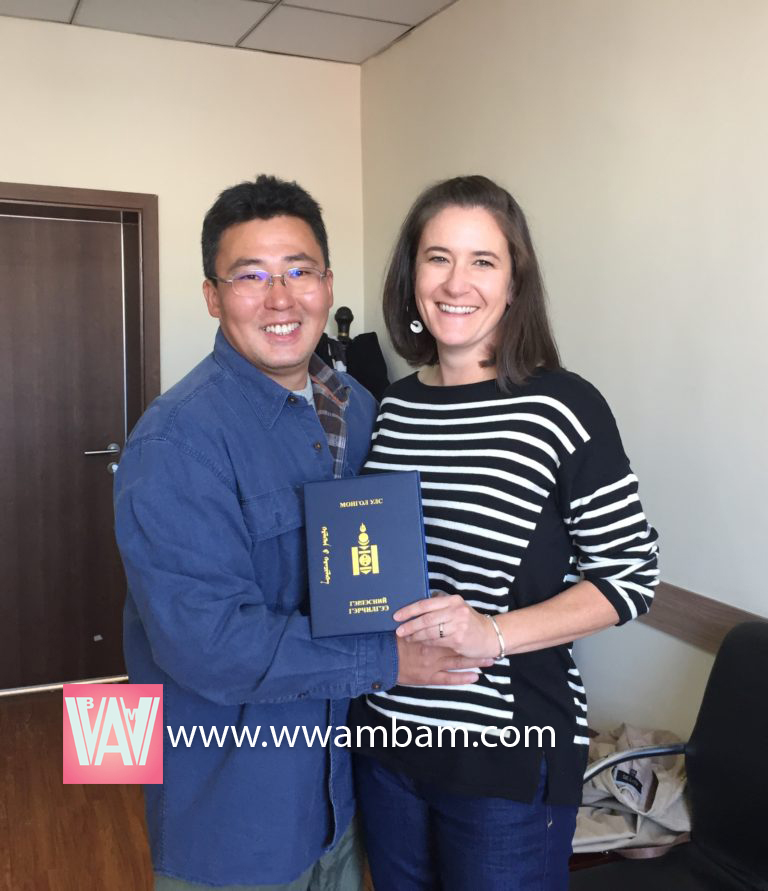 But hey, this is what love and life can be like in a foreign country. We stood together, listened to her words (Z translated the gist for me), signed on the respective lines, and POOF, we were married! Before 11 AM we were in a taxi–he was calling his mom and I was messaging with my fellow American Wife gal pals. The rest of the day was a flurry of celebrations–first with Z’s parents and son, then with a couple of the American Wives (we actually “crashed” a going-away party for a Canadian man). Though the paperwork was tedious (divorce decrees, HIV tests, criminal record reports, doctor report on health, letter about employment, etc), the actual marriage was CHEAP and practically instantaneous.

Flash forward a year and three months and we opted to have a surprise wedding for my family which had gathered for our Quinquennial Christmas Gathering in Michigan. Z was the one that motivated this event but I have to say it was pretty grand to have 40 family members and friends present for the event. What did it take to make that happen? Well, Z and I went to my father’s local town hall shortly after our arrival to MI and BEFORE the rest of the family had arrived. We completed a one-page application, showed our IDs, and paid $30 for the processing fee. Two days later we returned to pick up our Marriage License. My father had an acquaintance that happened to be a pastor and who agreed to marry us in the backyard of the rental home where many of the family was staying for the holiday. And that’s what we did. 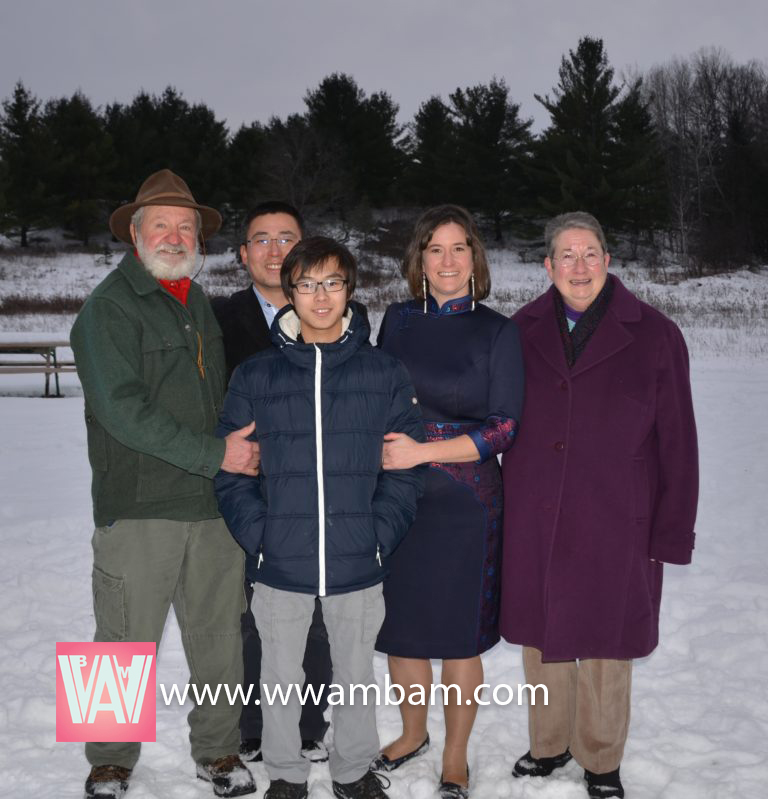 I was surprised that Mongolia was the place that required significant paperwork while the U.S. required only a one-page application. In Mongolia it perhaps cost a total of $10 to get paperwork translated and notarized and to pay the “fee” for the marriage processing; while in the U.S. it cost us $30 to apply for the Marriage License. In Mongolia we were married by a government official; In the U.S. we were married by a religiously affiliated officiate. Since we didn’t know we were getting married in Mongolia, we were not prepared to celebrate; In the U.S. it had been planned and we had a sheep roast that day and of course we remembered to bring along a couple bottles of Mongolian vodka (my favorite brand to date–Lava) so that everyone could participate in toasting the merry event!

So there you have it, the compare and contrast of the marriage process in our two countries. As someone that has been divorced before I can guarantee that no matter where one gets married in the world, the cost for a divorce is always significantly more. Sometimes I can’t help but wonder—if we made the path to marriage a little more treacherous, maybe divorce wouldn’t so often be a destination for that journey.

Anyone else out there been married in two different countries? What was your experience?