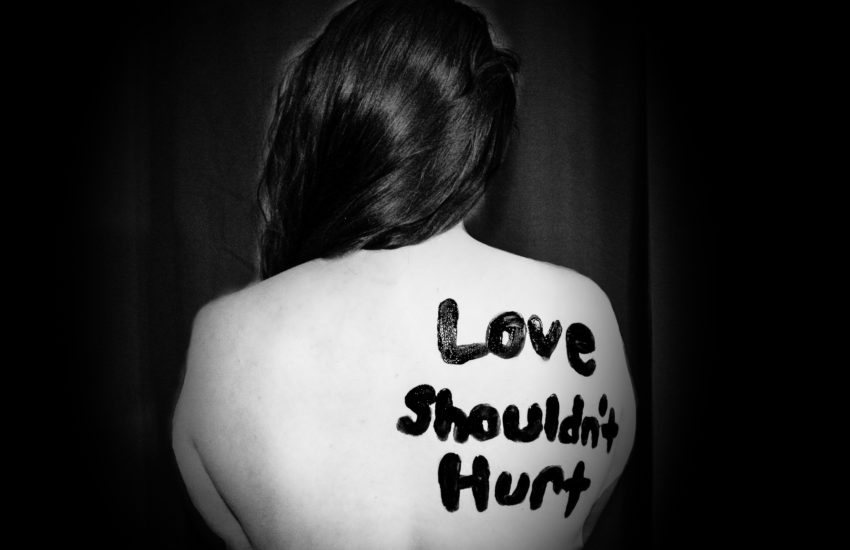 Disclaimer: I am writing to share my personal experience and to provide help and comfort to those who can relate. This is not meant to disparage those in healthy and respectful relationships with Chinese men.

“I really never understood why you were with him.”

This is what my best friend of more than ten years said to me once I finally told her that I was leaving my Chinese husband and about the abuse I’d been subjected to for years. I couldn’t explain it to her. I couldn’t explain why I hadn’t left him years ago. So many other women can’t answer this question.

Why did we stay so long?

For some, the reason is clear and understandable. They have kids. They own property or businesses together. Then there are others. Those who, for the life of us, can’t give you a reason why we accepted behavior from our partner that we would have called criminal in others. I want to share my own story of escaping abuse, and how to recognize the signs before you get yourself in so deep that leaving feels impossible.

I always thought I was an emotionally strong person. I took pride in handling some extreme family issues and could joke about being the blackest of sheep in my family. I was naïve in thinking that none of that was impacting how I dealt with romantic relationships. I was wrong.

You’d expect a story like this to start off with “everything was wonderful in the beginning.” But that would be a lie. From the very beginning he showed me exactly who he was. But he lured me in with lies that I was special, that I made him better, that I could save him. Lies I think he truly believed at the time. Lies I admit, I wanted to believe. He was handsome and physically (I thought) far out of my league. He had been a model and had dozens of girls clamoring after him. But I was special. I was different. I had something all those pretty girls didn’t have. That’s what he made me believe. I was flattered someone so many people wanted, wanted me.

So, when he asked me to marry him, I said yes. Even though everything inside me was screaming “no!” My heart was a flurry of panic when he slid the ring on my finger and my first thought was “if things don’t get better, there is always divorce.” What a horrible thought to have at the moment of my engagement. I looked at his beaming face and thought “He’d never really hurt me. Right?”

Abuse doesn’t start with the big clear signs you see in movies. It can start in their own childhood when their parents taught them that violence is an appropriate reaction when you’re angry. It starts with mean jokes that undermine your confidence. They begin to pick at your insecurities. Maybe they begin talking badly about your friends and giving you a hard time when you spend time with other people. They isolate you. You say a particular behavior really upsets you, then they ignore your boundaries. They try to intimidate you. They throw things at you. They punch the wall around you. Then, they hit you.

My ex-husband did not start hitting me until after we were married. He waited until he had moved us to his father’s tiny hometown where I knew no one. He opened an English school using most of my personal savings. My work visa was tied to his school. He had lied and said I’d be paid a salary and then I wasn’t paid. He waited until I was financially, legally, and socially dependent on him and I had no way of helping myself. When he was angry, he’d destroy any of my possessions he could grab. He would scream at me or intimidate me into having sex. He told me how ugly and disgusting I was and how easily he could replace me not only as a wife but as a teacher as well. He’d make sure I could never work in China again if I tried to leave.

I was HIS wife and HIS teacher. I wasn’t allowed to leave his school and work somewhere else. He’d get me deported or thrown in jail for breaking my contract with his school. He would turn the light on or throw water on me while I was trying to sleep. I was constantly stressed from a lack of sleep and being terrified of him at home. I couldn’t think straight and saw no way out of the hell I was living in. He had done everything he could to make sure I couldn’t leave him. So, he saw no reason in treating me well, since I was helpless to protect myself in any way from his abuse.

He started abusing my two little dogs and threatening to kill them or toss them off our balcony. When he threw one of them across the room for barking, I knew I had to leave. If not for my own sake, then for theirs. I finally told my best friend what was happening. I had lied and made excuses for him for so long because I knew if I told her she would tell me to leave immediately, and I wasn’t ready to hear that. Once I told her, there was no going back. I reached out to a girl in a neighboring city I barely knew and asked if I could sleep on her couch for the night. I ended up staying there three months as I tried to escape. He and his family did everything they could to keep me from leaving.

The exact story of how I legally managed to leave him is long, complicated, and extremely painful. Most of what I did was pointless in the end. So, I will only share the advice I think is helpful to those in abusive situations with men here in China.

Do not expect any help from the police if you are a foreigner and he is Chinese. The police will almost never get involved in domestic issues and will sometimes make it easier for the abuser to hurt you. When I went to the police with evidence of my abuse I was told “If you didn’t annoy him, he wouldn’t hit you. You don’t understand Chinese culture and you are being a bad wife.” Then they called him to come get me. You can guess what happened when we got home.

Do not expect any help from his family, even if they witness the abuse. My mother-in-law always told me that she would support me if I ever needed to leave her son. She said she’d seen how horrible he could be, and she would help me leave. When I left, she completely turned on me and told everyone we knew in that village that I was a money loving American who left because their school couldn’t pay me as much as I wanted. His family will never support you over their son if you leave.

DO tell your friends and family what is happening. You will need the support of people you trust to help you through the situation. I needed my best friends more than I’ve ever needed anyone before and they were there for me. This is why it’s so important not to allow yourself to be isolated. They will also help prevent you from just going back into that situation. Sometimes the only thing that kept me from just agreeing to “give him one more chance” was knowing that my friend would jump on a plane to come get me if I did.

If you are in a physically abusive situation DO make a plan before you leave if possible. Save up as much money as you can. Do not allow yourself to be financially or legally dependent on your partner. It makes leaving an abusive situation much harder. Get your important documents ready and in order. Have a bank account, phone number, and a visa that is not dependent on him. Getting my passport and diploma back from his father in order to get a new work visa was the hardest step. It’s very important to always have these documents in your possession.

The most dangerous time for women in an abusive relationship is when they are attempting to leave. It is much safer to leave when he is not there and it is important to never be alone with him after that. If you must meet with him for any reason, make sure it is in public and bring someone with you. Do not allow yourself to be led away so “the two of you can just talk alone for a second.” He will try to guilt trip or manipulate you in order to weaken your resolve. Do not fall for it. Do not allow the tricks that got you to stay with him suck you back in.

If you are truly afraid for your life do not hesitate to call your embassy. In some cases, they will be the only ones who can help you.

Leaving can be the scariest time of your life. Getting out might seem impossible. Make the plan anyway. Out of shame and embarrassment you will want to hide what is happening from your friends and family. Tell them anyway. You will be plagued with uncertainty and anxiety, but it will be worth it. You deserve a life without fear. You deserve a home where you are safe. And no one should remain in a relationship where their physical and mental wellbeing is in danger. You are not without hope, and you are not alone.