When I had first met my 老爺 (lóuhyèh; father-in-law), I felt a tad awkward (and possibly nervous even) being in his presence. Why, do you ask?

Firstly, I wasn’t sure what he thought of me; a white woman coming to his home for dinner with his only son, the oldest son at that, and a son that will eventually carry on the family name. Was I up to the task of being the wife of his most prized child, a child that he will eventually depend on when he is older?

Secondly, it was difficult to communicate with him due to the language barrier, as he was solely a Cantonese speaker, with a tad of English peppered here and there. Therefore, we were forced to use my husband as translator, sometimes ending in confusion, or as they often say, getting ‘lost in translation’. 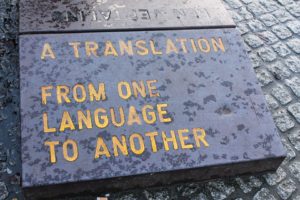 Lastly, I knew that being a 心抱 (sànpóuh; daughter-in-law) would be a task I was unsure of tackling, given that I was not familiar with my husband’s familial customs. How would my 老爺 perceive me if I didn’t eat with chopsticks properly, or if I didn’t carry on the family traditions as he would have liked?

However, my worries soon faded to dust as I began to learn more about my 老爺. I soon realized that he was not only a devoted family man, however, also a dependable, caring, and above all else, responsible human being. Over the years, he has shown his true colours in many ways, and continues to shine brightly in my life to this day.

As we prepared to move into our new home in 2014, my 老爺 became our ‘handyman’; with his toolkit in hand, he often came over to fix minor (or sometimes major), household issues, such as the installation of window blinds, painting bedrooms, or changing car tires. 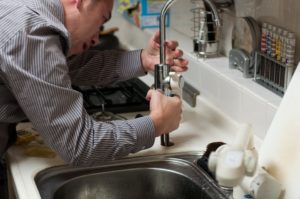 We often became dependent on him in this sense, which was a great relief to both my husband and I as we were unsure of how to proceed. To this day, we still call him our ‘handyman’, even though he refuses to take any money for his work!

I noticed too that my 老爺 doted on his family quite intently, which I found to be an admirable trait. This often included cooking dinner when my 奶奶 (nàaihnáa; mother-in-law) was tired from work, or driving his children to various social events, often waking-up late at night to do so.

When our son was born in 2016, he became even more doting, as he often carried out his carseat, watched him intently when ill, or played ‘cars’ with him. I saw a caring side to my 老爺, which I truly came to appreciate as the years went on, and still do to this day.

Although my 老爺 and I are unable to communicate without my husband’s intervention, I see he cares for my well-being in his own subtle ways. Whenever I dine at his home, he always makes sure my favourite dish is on the table, often stating how 玛丽亚 (mǎ lì yà; Maria), loves this dish. 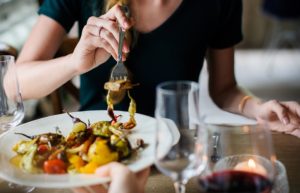 He also makes sure that I am comfortable, asking me questions about my day, or telling me how he likes something of mine. In my heart, I know that his concern is genuine, which gives me peace at knowing such a wonderful man.

As my 老爺 ages, I will continue to see him as the type of man that I hope to raise my son to be; a man that knows how to care for his family, while being a down-to-earth, kind, and considerate human being. It is a pleasure knowing my 老爺, with the hope that we will be able to continue the relationship that only a 老爺 and 心抱 can experience.