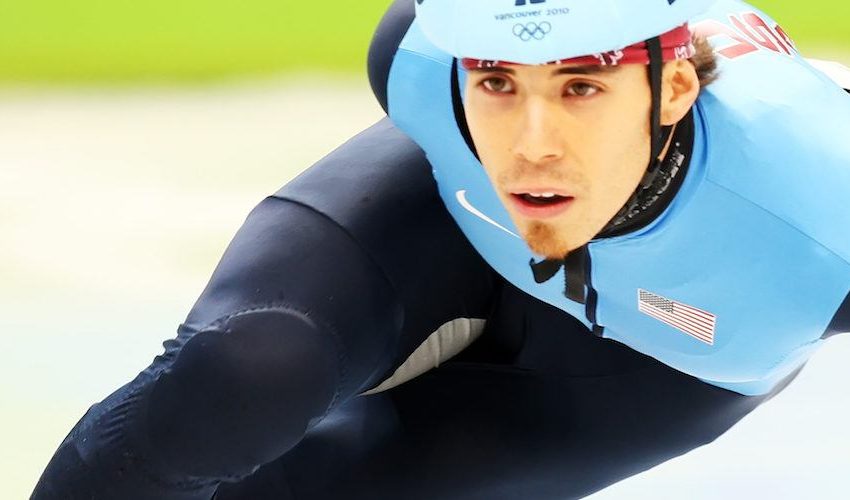 Being the first posting of WWAM Love 2.0, we are honoured to introduce the decision behind this column.

As WWs in relationships (through marriage or other) with AMs, we thought it appropriate to pay tribute to those whom were reproduced through this famous coupling. This column will focus on those whom resonate with both WWs and AMs as their natural parents.

And with that, let us introduce our first 2.0; the American short-track speedskater, Apolo Anton Ohno.

Born in 1982 in Seattle, United States, Apolo Anton Ohno was raised by a Japanese father, Yuki Ohno (大野 幸 Ōno Yuki), and an American-European mother, Jerrie Lee. Since his parents divorced early-on, Apolo was raised primarily by his father, whom was a hairdresser during his youth. Apolo’s name is derived from Greek, with apo meaning to ‘steer away from’, and lo meaning ‘look out, here he comes’.

Apolo began swimming and roller-skating at the age of six, leading the way to a variety of sports later-on. At the age of thirteen, Anton began showing interest in short-track speedskating, after watching the 1994 Winter Olympics in Lillehammer. With his background in athletics, Anton began training quickly, being the youngest skater ever admitted to the Lake Placid Olympic Training Centre.

After placing poorly in a variety of World Championships, Apolo finally realized his dream, when he placed first in the 1999 World Junior Championships, conquering the 1000-meter (m) and 1500-meter (m) relays. His big break came during the 2002 Winter Olympics in Salt Lake City, United States. Apolo earned a gold medal in the 1500 m relay, and a silver in the 1000 m. This video shows Apolo in action during the 2002 Winter Olympics, winning gold, despite the controversy surrounding South Korean Kim Dong-Sung.

At this point, Apolo was unstoppable, often being recognized as one of the greatest speedskaters of his generation. Apolo continued to dominate in both World Championships and the Olympic Games. He went on to win gold (500 m) in Turin, Italy during the 2006 Winter Games, along with two bronze medals (1000 m; 5000 m relay). His last games came in Vancouver, Canada, during the 2010 Winter Games, in which Apolo won silver (1500 m) and two bronze medals (1000 m; 5000 m relay).

Since retiring from speedskating, Apolo has undertaken many charitable projects, funding the Apolo Anton Ohno Foundation, which specializes in the promotion of healthy lifestyles for youngsters. He’s also dabbled in the entertainment world, staring in Dancing With The Stars, and Project Runway.

In terms of his personal life, Anton is currently dating actress/model Bianca Stam; sorry ladies, he seems to be off-limits!

In regards to Apolo’s upbringing as a 2.0 of WWAM Love, he often credits his success to his Japanese father, Yuki Ohno. Since Apolo’s mother, Jerrie Lee, gave birth to him at the tender-age of 18, (while his father was 37), she was, unfortunately, not involved in his upbringing. It was said that due to her young age, she left abruptly, unable to assist in raising Apolo. However at this point, that is only speculation.

Yuki drove Apolo to a variety of practices, tryouts, and events, often going far distances to ensure his son received the best training possible. Although at the time, Apolo often misunderstood his father’s intentions, he later thanked him for what he had done, citing his father’s utmost dedication to his career. Apolo heavily relies on his dad in many aspects, quoting their relationship as Team Apolo. Their relationship has been a solid-one for many years now, with Apolo beaming with pride when speaking of his father.

Their love shines through in many ways, making us proud to feature Apolo Anton Ohno as our first WWAM Love 2.0.

Do you know of any 2.0s of WWAM Love? If so, we would love to hear about them!

Love is the expansion of two natures in such fashion that each include the other, each is enriched by the other. – Felix Adler