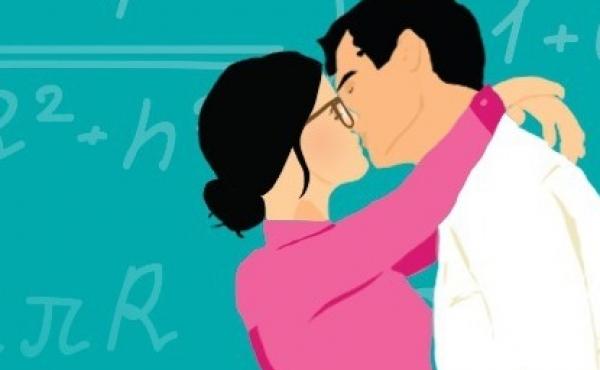 “I like you better than calculus, and math is the only thing that unites the universe.” – Stella Lane to Michael Phan.

The moment that I heard about this book, I knew that I had to read it. It took me two days to finish, with my craving for more ‘character-drama’ becoming highly-apparent once I had completed this masterpiece.  One of the reasons I loved this book so much was because I could relate to the main character, Stella Lane, in a profound and meaningful way. (Don’t worry, I won’t spoil the book too much for you, I promise!)

The reason I could relate to Stella Lane, the book’s antagonist, was because she has Asperger’s Syndrome, a disorder which has been outlined in a variety of other fictional publications, such as The Rosie Project and 600 Hours Of Edward.  In this way, I am similar to Stella, as I was diagnosed with Autism Spectrum Disorder (ASD) at the age of four. Both of these disorders have certain similarities, such as  poor communication skills, resistance to change, and hyperactive to pain tolerance. Although Stella’s form of Asperger’s differs slightly from my own ASD, the feelings described by Stella in the book were similar to how I feel on a daily basis.

Let’s delve more into the plot of the book itself, shall we? The book begins with the audience being introduced to Stella Lane, a 30-year-old woman with Asperger’s Syndrome, who works as an econometrician. She is highly intrigued by her work, which involves complicated data formulae. Feeling highly fulfilled with her chosen career path, Stella is proud of her accomplishments. However, her life becomes complicated when it comes to forming meaningful relationships with the opposite sex. This is apparent when her mother pressures her to find a boyfriend, with her mother’s desire to become a grandmother obvious, regardless of Stella’s feelings towards to the issue.

Our antagonist however, is no stranger to sex, and has wanted to learn how to be  a better lover as she finds that she needs to work on this aspect in her life. Her main focus is on how to improve her performance in the bedroom, with her curiosity often leading to unknown territory. Therefore, Stella does the unthinkable, and hires Michael Phan, a half-Vietnamese, half-Swedish male escort, described as “the attractive guy.” Some of you may be wondering, why would he be doing escort work? Well, I’m sorry, I won’t be telling you the answer here, but the only thing I can say, is that you will have to read to find out!

Stella’s sessions with Michael become intense as the plot thickens, as she begs him to continue teaching her how to play fair in the bedroom, with the readers getting a glimpse of sexual activity in a comedic yet, meaningful manner. Except Michael only has a one-session policy because past lovers have been overly obsessed with him. (I can imagine why!)

Throughout the book, the author provides a foray into Michael’s family dynamics, especially in relation to his Vietnamese relatives. Readers are subject to a variety of Vietnamese words and traditional mannerisms, with many hitting home in relation to my time spent as an expat in China. The plot brought out a large array of emotions at various times, often leaving me yelling at my tablet, saying “Come on just be a couple already!”

The plot does get somewhat sexy at times, with a large amount of descriptive sex scenes that are not for the faint of heart. Therefore, if this type of romance is not your forte, I would suggest passing up this particular one. However, if you wish to experience a book which highlights WWAM love in a positive light, then this book is for you!

This book was truly profound for me in a number of ways. Firstly, I found that the representation of individuals with autism, specifically females, was of great value to me, as it is often rare to find a female of this type being represented in such a positive light within a fictional work.

I loved how Michael was the male lead, despite being half-Vietnamese, he was portrayed as a strong male, not a typical ‘nerdy Asian’, who enjoys playing video games and doing mathematics. He also comes across as a family-man, willing to do anything to assist those in need.

I had read somewhere that the book is going to be a movie in the future, so, let’s hope for it to be a positive portrayal for both the Asian and female leads (since Stella is autistic, the movies and TV shows associated with this syndrome are often far from being portrayed in a positive light).

Check it out if you get a chance; I hope you will enjoy it!