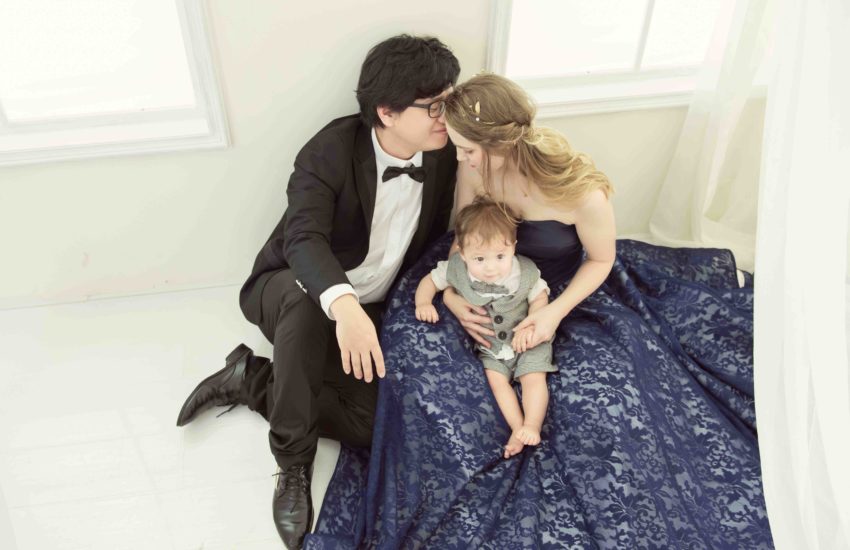 I have the best parents-in-law. They are generous, patient, warm, and truly treat me like their own daughter. Save for a spat about having a pet while pregnant as mentioned in my post about having a miscarriage in China, by and large we had had a pretty harmonious relationship before my husband and I had kids. So when I was preparing for my son’s birth I didn’t give much thought to just how much my parents-in-law’s ideas would clash with my own, and neglected to touch base with them about my expectations.

Different Ideas about Roles in Child-rearing

The first thing that happened after I was wheeled out of the delivery room was that my mother-in-law took my son out of my arms. Unfazed, I just stood up and walked over to him (despite the nurse’s protests), because in my mind a new mother and baby should be together as much as possible. Little did I know, that concept was completely foreign to my parents-in-law. Over the next couple weeks while they stayed with us to help, this same thing happened repeatedly. I’d doze off with my little one in my arms, and when I woke up he’d be gone. I’d finish a nursing session and my parents-in-law would take him away as soon as he was unlatched. I’d go to change a diaper and would somehow be edged out at the diaper changing station. There was no malice in what my parents-in-law did; they just wanted me to rest and recover. But what they didn’t know was that having my baby close to me actually made me feel relaxed and happy, and when he wasn’t with me I felt anxious and depressed. Feelings of inadequacy, hopelessness and worry that I wouldn’t bond with my son became stronger and stronger, and eventually I blew up when he was about 3 weeks old. My parents-in-law were so confused, because from their perspective all they had done was help. Many tears later we decided that I would determine when I wanted help and when I didn’t, and in exchange for them respecting my wishes, I would grant my parents-in-law their own regular bonding time with my son. More than a year and a half later and they still have their regular babysitting day, and have a very strong relationship with their grandson.

Shortly after this peaceful agreement, we unfortunately had another fight. One day my husband, mother-in-law, and I took a walk through a university campus with my little two month old son in his stroller. When we stopped to use the bathroom at a random building, I forgot that my phone was in my back pocket, and accidentally dropped it down the long squat toilet pipe. I came out and told them what had happened and asked my mother-in-law to stay with my son in the building lobby while my husband and I tried to fish the phone out. About 10 minutes later I heard my mother-in-law’s voice behind me and to my utter panic, my son wasn’t with her. Instinct took over and I sprinted to the lobby to find my son being watched over by two complete strangers who were students at the university. Of course, I was livid. After that I wrote out a short list of the people I trusted to be alone with my son, which did not include random college students. I also talked with her about other dangers we would later face such as choking, strangulation, chemical, and electrocution hazards, and we agreed that I would set out the safety standards and my parents-in-law would do their best to follow them. My mother-in-law admitted that she was wrong and not thinking clearly, and I forgave her because I knew she would never purposefully endanger her grandson. We never did get the phone out of the toilet, but luckily that day I only lost a phone and not my son too.

Different Ideas about Health and Medicine

After that, we had a long period of peace. As my son got bigger they trusted my ideas about safety and never tried to undermine my important role as my son’s mother. I felt like we were gonna be ok. But as it turns out, I had left a big gaping hole in our parent-in-law/daughter-in-law communication scheme: medical care. Our fight on this topic was two-fold and involves pink eye and a fever.

When my son was 12 months old, one day I noticed he had conjunctivitis (pink eye) in one eye on the day my parents-in-law were to babysit. I decided to show my trust in them and ask them to take him to the doctor themselves to get some eye drops. Since I thought it was obvious it was conjunctivitis and the doctor would tell them the same, I didn’t communicate to them that what I meant was to go to a large public hospital and get antibiotic eye drops. I probably just said, please take him to the doctor for medicine because his eye is red. As it turns out my parents-in-law were sure his pink eye was a result of 上火 (heatiness and inflammation-a Chinese medicine concept explained here by fellow WWAM Charlotte Edwards-Zhang) from eating too much beef, so they took him to a Chinese medicine clinic where he was given Chinese herbal medicine and chrysanthemum tea. One day later when I came to pick my son up, expecting his pink eye to be largely cleared up from quick acting eye drops, I instead found both eyes were now an angry shade of red and dripping pus. At first I was upset, but after we talked it out I realized that they genuinely thought it was a Chinese medicine-defined ailment, so of course it made sense to them to give Chinese medicine. We chalked it up to a misunderstanding and left it at that.

But a month later we clashed again. On the day of a family wedding I noticed my son had a little fever. I was to sing at the wedding and couldn’t miss it, so in my diaper bag I packed fever-reducing medication and soft cloths for cool compresses. When my parents-in-law commented on his hot forehead I simply said I knew. To me I meant, “I know and I’m dealing with it, don’t worry.” But apparently to them it meant, “I know and I’m not going to do anything about it.” So when I was on stage my parents-in-law decided to take matters into their own hands to bring down my son’s temperature and make him more comfortable. I came off the stage to find my son in a small huddle of family members rubbing his arms, legs, and forehead with 白酒（Chinese liquor). After explaining to my parents-in-law why this particular method of bringing down a fever is not recommended, we sat down and decided that all medical matters will be handled by me, and no form of medical treatment is to be administered to my son without my permission.

My son is turning two this spring and we are expecting another baby in June. From my experiences above, I know I need to outline my ideas about what I hope their role will be with my older son and the new baby, as well as touch base with them about upcoming conflicts that may arise (such as discipline and education). What I’ve decided to do is write out everything I’m thinking in list form and print it out. That way I can stay on topic when I’m having a tough conversation with them in my second language, and bonus is if I start crying I can just hand them the paper and have them read it themselves. All in all I think the most important things for me to remember as time goes on are: 1) never assume we will have the same ideas automatically, and 2) communication is key. Wish me luck!