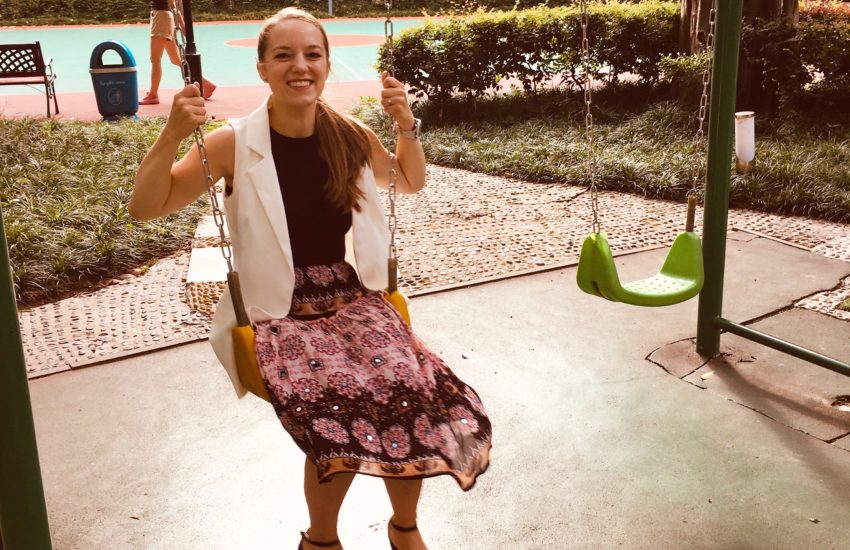 A couple years ago I wrote this article about my bad temper in China. After posting, I was surprised to receive feedback from people saying they were dealing with the same issue and just like me, wanted a solution.

After I wrote that article, I decided it was time to make a change. My older son was starting to talk and mimic more, and I realized that if I didn’t adjust myself I’d have to watch him develop the same bad habits I had. I’m happy to report that it’s now been nearly 300 days since I’ve been rude to a stranger for no good reason.

And in the hopes that it can help anyone dealing with this issue, I’d like to share how I am fixing my bad temper in China.

The first step was acknowledging the problem. I decided to stop making excuses and shifting blame, and start keeping myself accountable. Silly as it may sound, keeping track on an app on my phone was just the accountability I needed.

At first, it was sheer power of will—I’d get angry and force myself to shut my mouth and walk away. Each time I honestly felt a bit stifled, so I didn’t have high hopes that I’d be able to keep it up. But as I watched the number of days without incident on my phone app increase, something unexpected happened: I actually became less quick to anger than before. Essentially, I faked it until I made it.

Because it’s truly blissful, I’d thought I’d share some strategies that continue to help me control my temper in China:

When I feel myself getting upset, I look everyone in the eye before I say or do anything. It gives me a moment to calm down, and it stirs my empathy. Eye contact prevents me from seeing others as two-dimensional antagonists.

Now I try to name my emotions and what is causing them, and not judge myself. It’s OK to get upset about stupid stuff! Once I recognize my feelings I can work on finding ways to chip away at the bad ones until they’re gone. Running and singing are quite effective for me.

I’m the one who makes me feel and do things. Most of my temper tantrums in China were the result of my insecurities, my assumptions, and my mood. If I acknowledge these, I am in control. For example, when I became a new mother, I was insecure about my mothering. Before I developed some strategies to become a confident mother in China, I often got mad at strangers who made comments. But it wasn’t because their comments warranted my reactions—it was because they triggered my insecurities. But it’s not anyone else’s job to know what I’m self conscious about and adjust accordingly; it’s my responsibility to control what I am outputting, regardless of input.

As a foreigner in China, my background is very different from those around me. Therefore, assumptions I make about others’ words and actions are often wildly inaccurate. That’s why it’s so important to ask questions. Asking questions can lead to real conversations that benefit everyone involved.

In the end, I can only do my best, no less and no more. I am trying hard to control my temper in China, but it doesn’t mean that I will or even can do it perfectly. If I try my best all the time, that’s good enough.