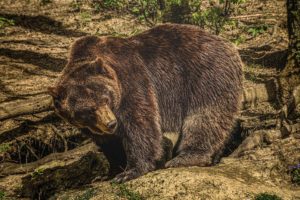 I’ve heard both horror stories and tales of misunderstandings between Chinese mother-in-laws and their foreign daughter-in-laws. While misunderstandings between us are common, my mother-in-law is a sweet woman with a strong sense of justice and a stubborn will, so it’s hard to hold anything against her. From the beginning, we got along very well. I became the bridge she needed in order to communicate with her son.

The first time I saw her, she fussed over me like a new and shiny doll, stuffing me with food and making sure I was as warm as possible. Me being the overly polite person that I am, I ate anything she threw at me so as not to be rude. I would have become quite fat if I hadn’t later found out that it’s not rude to turn down food if you are full or don’t want it. Our misunderstandings are few and far between but either stem from her being hard of hearing or our cultures clashing. Despite these misunderstandings, I can’t find anything to complain about with her. So many times she has done things to help me that I have come to truly admire her. I know later on we will have huge misunderstandings when it comes to raising my future kids, but I will never forget her kindness.

It’s the simple things she does that make a difference to me. She cooks only the food I like if she knows I am coming, she’ll heat up the electric blanket for me before I arrive, and she takes me to the doctor when I am, yet again, having stomach problems. One day she really made me proud to call her my mother-in-law. I wasn’t feeling well so she told me to come back to my husband’s hometown and she’ll take me to the hospital. As many of us foreigners know, with the pandemic, we have experienced all sorts of discrimination despite following the rules we are told to follow. On that day, the number of cases had risen outside of our province and the whole city was on edge. Despite all this, my mother-in-law took me to a hospital close by and we marched up to the entrance.

We scanned the codes and allowed them to take our temperatures and then, not to my surprise, I was given a double take by the nurses and suddenly I wasn’t allowed in. At this point I would usually just leave and go elsewhere, because who needs an argument with an ignorant person to make their day better? But my mother-in-law wasn’t having it. She insisted they were being discriminatory despite the fact that my health code was green and I, without a doubt, didn’t come directly to their hospital from abroad. The nurse, of course, still refused to let me in. I thought that was the end of it, until my mother-in-law pulled out her phone and said, “Not to worry your father-in-law has connections here,” and called one of the chairmen at the hospital.

The nurse went a bit pale once my mother-in-law handed the phone to her and let her speak to her boss. They let me in, but not without the extra unnecessary writing down of my personal information for good measure. I was super impressed with her that day. Usually I’m just forced to accept being discriminated against and move on, but her mama bear came out and she protected me. I was touched beyond belief.

She is constantly telling my mother not to worry about me since she’ll take care of me like one of her own children, but that day she proved it. I am her daughter now, and she won’t let people mess with me. Never underestimate a Chinese mother-in-law. 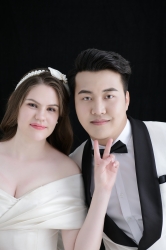 Kaylee Fitzgerald
I moved to China right out of college and am now teaching kindergarten babies. I met my husband a year or two aftermoving here so now I live in China with my husband.