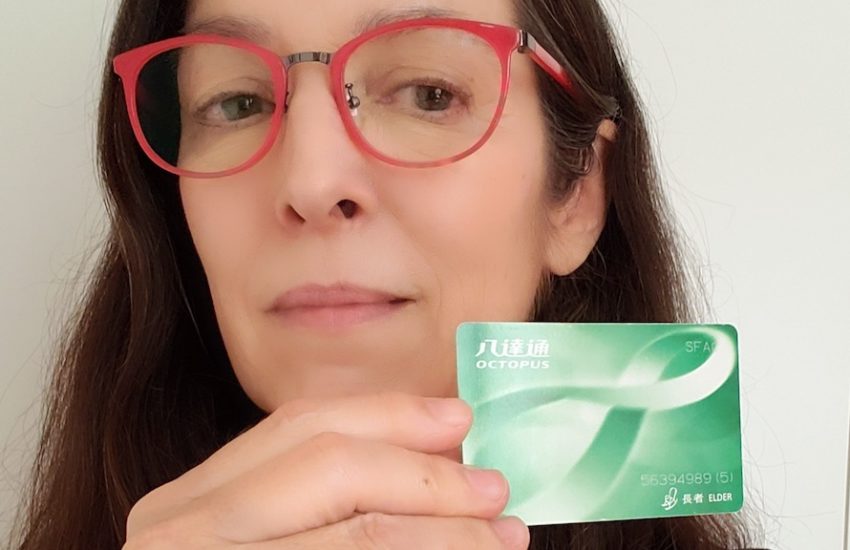 Once I when I was counseling a Chinese immigrant student in the US, I mentioned that I had gone back to school in my late thirties and again in my forties. She gasped and said, “They let old people go to school in America?” I don’t know if I was more surprised to be called old or to learn that my propensity for reinvention would not be allowed elsewhere. In the US, people say things like age is just a number, sixty is the new forty, and age is in all your head. In my Hong Kong Chinese family, I’ve discovered that how we see ourselves in relation to age owes a lot to our cultural background.

I’ve lived much of my life out of sync with my peers. I got married, gave birth to my daughter, and divorced at an age when many young people are going through college. I went to college for the first time at an age when many people marry and start families. I fell in love and remarried when I was almost fifty. I moved into a dorm for the first time when I was a grandmother. My first memoir will be published next month when I am sixty-eight. Clearly, my concept of age is flexible. I only say I’m too old for something if it’s something I don’t want to do, like put up with annoying people or finish books I don’t like.

My husband and I met and started our lives together in Hawaii. It was the perfect in-between location both culturally and geographically. Most of my family lives in the Pacific Northwest region of the US, and most of his family is in Hong Kong. He was comfortable in Honolulu because it is culturally very Asian. I was comfortable there because it is Asian but not. Mathematically, we were in the middle of our lives, and in many ways, we were starting over. That and love can make you feel like a teenager.

Having my husband’s parents visit us in Honolulu opened my eyes to how cultural perceptions shape our views of age. I was used to visits from my parents, who sipped cocktails on their balcony in Waikiki and took long sunset walks. Alone. My father was forever telling me We don’t expect you to entertain us, which I took as code for Don’t overdo family time. If we didn’t make dinner dates, they were content to go off on their own. It’s possible they preferred it. I didn’t find any of this odd until my husband started asking where they were and why we hadn’t heard from them.

By contrast, my in-laws, maybe five years younger than my parents, traveled to Hawaii with seven family members. My husband’s brother and sister hovered over their parents, directing them as if they were small children. There was minimal walking, and my in-laws seemed uninterested in both natural and cultural sites. Frustrated and out of ideas, I asked my husband, “Why did they come if they don’t want to do anything?” His answer was, “They just wanted to see us. To see how we live.” At the time, I thought what a waste of a tropical vacation. Now I understand that for them, travel was both a chance to be with family and to be fussed over by their children. To enjoy the entitlements of old age.

A decade later, my parents came to see us in Hong Kong when they were in their mid-eighties. Suited up in tropical traveling outfits and sturdy walking shoes, they wanted to do everything despite my father’s rickety knees. They gamely traipsed across the city, and my mother made it up all two hundred and sixty-eight steps to the big Buddha on Lantau Island. On the pedestrians-only island of Cheung Chau, where we were living, we tactfully steered them up the longer and more gentle slope rather than taking our usual staircase climb. My father was huffing and puffing when we arrived at our flat, but insisted he was fine. On the way back down, the stairs were unavoidable. My father teetered on each step, but when my husband reached out to steady him, my father swatted his hand away. In his mind, only old people use canes and lean on others, and he wasn’t old.

Looking at aging through a Chinese lens often makes me wonder how I might have done things differently if I had known then what I know now. In the 70s and 80s, I was a young, single mother in the US, and I raised my daughter to be independent. Now she is a busy mother, teacher, and college student (going back to school in mid-life as I did) who seldom finds time to talk. Time zones don’t help, but the gaps in our communication are also due to age perceptions. I don’t see myself as old, and neither does she. I didn’t raise her to revere elders because I wasn’t raised that way. Now I’m part of a Chinese family where children and parents call each other every day, sometimes multiple times because the children in my husband’s family grow up taking care of their elders. I now see that worshipping youth in America might make us feel young, but it also disconnects the generations.

In Hong Kong, being over sixty-five and officially labeled “elderly” comes with benefits. I get annual vouchers for my healthcare. My green Octopus card means I can ride anywhere on the train, the MTR, a bus, and even a ferry for the low fare of two HKD. On the train, I can sit in the red seats with the yellow smiley faces without guilt, at least theoretically. I’m more than capable of standing, so I leap up the moment I spot anyone who looks frail. Most times, an elder will sink gratefully into the offered seat. If someone protests, it’s usually a man trying to save face.

Age also carries limitations here. My husband was sixty-one when he was hired as a professor at his alma mater, the Chinese University of Hong Kong. His contract was for four years because the mandatory retirement age here is sixty-five. Staying on would require a year-by-year contract and there are no guarantees he will be offered an extension. At the University of Hawaii, where he previously taught, he was a tenured professor without a shelf life. Some American professors teach into their seventies and beyond. Giving that up for a job with an expiration date was a difficult decision, but it also liberates us sooner.

While I’m waiting on my younger man to retire so we can start our next phase, I need to remember that how we experience age in both Hong Kong and the US is related to income, health, and family situations. Poor health can age us overnight, and a third of Hong Kong’s elderly live in poverty. I see Hongkongers my age and beyond driving taxis, collecting cardboard and scrap metal, or selling whatever they can grow or make to supplement a government allowance that is meager in the face of Hong Kong’s crazy prices. Without family or an adequate pension, old age is hardship without any of the compensations promised by the culture.

Ultimately, whether we dread or look forward to being old depends on our support system and whether we see it as forced invisibility or an earned privilege. My father used to say, “Getting old is no fun,” when his body started to fail him. When he died a few months short of his ninetieth birthday, my mother-in-law said he would have what the Chinese refer to as a “laughing funeral” because he lived to a ripe old age surrounded by family.

The truth is, old age is a place we are all headed, and we are fortunate just to get there at all. That recognition alone should make the term “elderly” a badge of distinction.