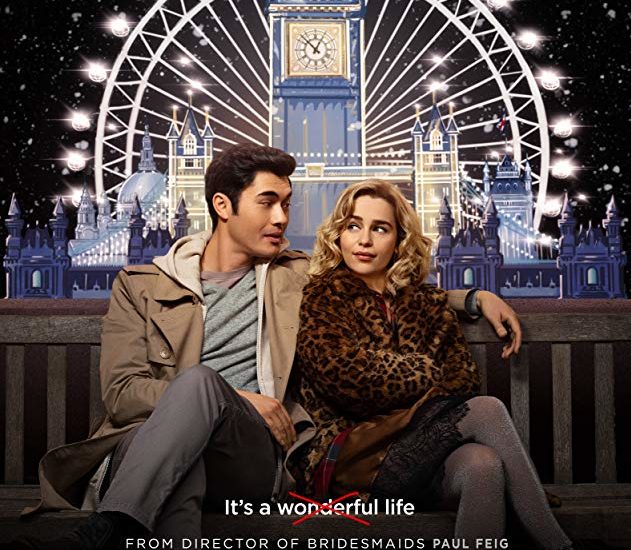 Henry Golding, who dazzled moviegoers last year in “Crazy Rich Asians”, and Emilia Clarke of “Game of Thrones” will deliver a little romantic Christmas cheer on the big screen this November with the arrival of the film “Last Christmas.” The movie centers on a downcast young woman named Kate, played by Clarke, who winds up working as an elf at a year-round Christmas store, where she also happens, in one memorably awkward moment, to run into Golding’s character Tom. If the trailer is any measure, his mysterious presence appears to spur a turn of events in her life, including a little romance.

Fans of “Crazy Rich Asians” will cheer over the addition of Michelle Yeoh as Kate’s demanding boss. Meanwhile, anyone who adores Ang Lee’s “Sense and Sensibility” as much as I do will applaud seeing Emma Thompson, who wrote the screenplay for “Last Christmas”, as Kate’s mother. And the snappy soundtrack features a few classic George Michael songs (including that seasonal Wham! favorite which inspired the movie’s title).

Incidentally, the trailer has already stirred up talk online. Some suspect the movie has a plot twist related to Henry Golding’s character – with a few even claiming they’ve sleuthed it out, as People reported. Still, we’ll all just have to wait until November to see what kind of Christmas magic, if any, Henry Golding and Emilia Clarke will bring to the big screen.

To learn more about this upcoming romantic comedy “Last Christmas”, you can visit the film’s page at IMDb, where you can also watch the trailer (which is also available on Youtube).