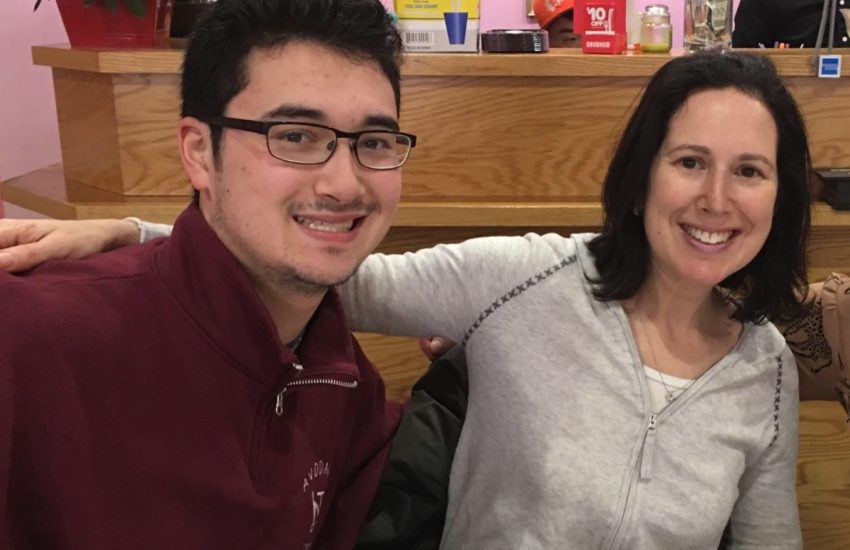 We all go into relationships hoping for the best. More times than not we just assume our happily ever after is a sure-thing. But like most marriages in the US and even in China now, half won’t survive. When I married a man from central China years ago, I never thought we’d be divorced five years later with a young child.

Seventeen years after my divorce, I feel like I can confidently look back and see what I did right and what I could have done differently. It’s really overwhelming to think about becoming a single mother and raising a child on your own (if your ex moves back to China, as mine did), not to mention dealing with crumbling finances and figuring out education, healthcare, and savings accounts.

But I found I so much more preferred being on my own with my son than living in terror with my ex, even if I had to deal with finances, education, and healthcare. Now that my son is almost nineteen and old enough to drive, vote, and register for the draft, I have these five tips for raising multicultural children, even when your WWAM relationship doesn’t work out.

Tip 1: Don’t Keep Your Child From Your Ex’s Culture

I decided to do my best to expose Jake to Chinese culture, even though I didn’t have a ton of resources when he was young. So I did what I could. We went to Chinatown restaurants as often as possible, I enrolled him in a parent-tot Mandarin class, and became friends with other families with Chinese children. It has all paid off because Jake is very proud of his background and of Chinese culture.

Tip 2: Don’t Let Your Child Travel To Your Ex’s Country Until You’re Comfortable With It

I was afraid my ex would carry through with his threats to send Jake to live with his parents in central China. So I didn’t mess around or take chances; I wouldn’t let Jake travel to China until he was 18 years old (he went last year for the first time and will be going back again this summer).

With these firm boundaries, my ex and his family never pressured me into sending Jake to China when he wasn’t old enough to find his way around China on his own. When he finally traveled to China, it was a very positive experience because both his father and I wanted a stable childhood for him and did everything we could to give him that.

Tip 3: Expose Your Children to Your Ex’s Mother Tongue As Soon As Possible

This is one thing I didn’t do well. For Jake’s first year, his grandparents from mainland China lived with us and took care of him. So Jake had an early exposure to Chinese before he turned one. After my divorce, I enrolled him in parent-tot language classes, but also took him to Chinese school on Saturdays and encouraged him to take Mandarin when his school started offering it (the year before we left the city and had to change his school).

I now hire a Mandarin tutor to teach my younger children, but Jake’s Mandarin plateaued over the years until he took it up in college. He’s now doing well in his Mandarin studies, and I’m so happy he decided to enroll in Chinese classes when he went away to college. His tones are so much better than mine ever were. But I feel lucky he was so motivated to take it on his own. With better exposure to Mandarin, I can’t help but feel that more and more children would continue to study it in college.

Tip 4: Try To Stay Positive About Your Ex

Being honest and being nasty are two different things. Sure, I wrote a tell-all memoir about my marriage to my son’s father, but I’ve always been really positive when talking to Jake about his dad. Kids see themselves in their parents, so when one parent starts attacking the other, the child will feel the pain. Of course, if the other parent is psychologically damaging to the child, that’s a completely different issue. But most parents do want what’s best for their children, so we need to remember that and put our kids first.

Tip 5:  When You Divorce Your WWAM Spouse, Don’t Change Your Child’s Surname To Spite The Ex

My ex was divorced when I met him and had a daughter from that first marriage. When I asked her name, he said he wasn’t sure if his first ex-wife (I didn’t know at the time that I would become ex-wife number two) had changed their daughter’s surname. Actually, he seemed pretty sure she had. But as it turned out, she hadn’t. And when I divorced him a few years later, our son was only two and wouldn’t have known the difference if I’d changed his surname to my maiden name, which I took after the divorce.

But I decided to keep Jake’s surname. Identity is something multicultural children often struggle with. I wanted Jake to be proud of his Chinese heritage, so thought it wouldn’t be right if I took away his Chinese surname. I’m glad I kept it and can see that he’s grown up to be very proud of being Chinese.

Parenting is not easy, no matter one’s situation. But when there’s a WWAM break-up, certain issues come to the surface that wouldn’t necessarily appear in non-WWAM divorces.

I’ve been a parent of a multicultural child for almost 19 years, 17 of those post-divorce. I don’t have all the answers, but I hope my experience can help others who are just starting out on the road of single parenthood or might be thinking of divorce and wondering about the challenges ahead.