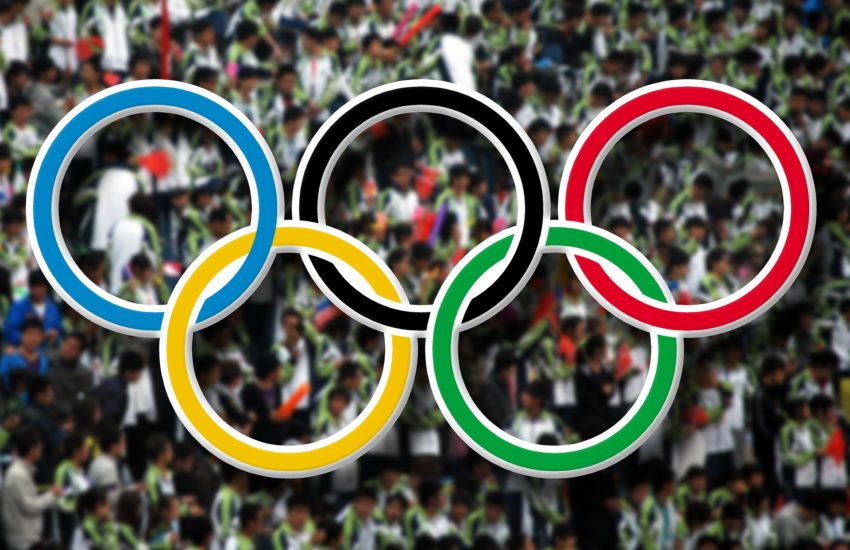 When the 15-year-old skiing superstar Eileen Gu announced her decision to switch her nationality from the US to China, so she could represent the latter in its upcoming Winter Olympics in Beijing set for 2022, it made headlines throughout the internet. Gu had already racked up considerable wins competing for the US team in skiing, which meant she didn’t need to swap passports for a ticket to the Olympics (though, given China doesn’t recognize dual citizenship, she couldn’t keep them both). Some have wondered, why would she give up US citizenship to play for China?

Commentary: Naturalized Chinese athletes defiant in face of questions of nationality, published on Xinhua, highlights the motivation behind her choice:

Despite being born in the United States and having an American father, Gu maintains that she had always felt Chinese….

Skiing in competitions since the age of nine, Gu has spoken of her pride at being the first naturalized skier for China and that she hopes to promote ski culture between China and America.

And a statement on Eileen Gu’s decision from the US Ski & Snowboard Team further reveals just how much the young athlete’s connection to China factored into her choice (emphasis added):

‘This was a tough decision for us, but we spoke at length with Eileen, her Mom and her coaches and it was clear immediately that we had a chance to help make an incredible young athlete’s dreams come true,” said Luke Bodensteiner, U.S. Ski & Snowboard’s Chief of Sport. “Eileen is extremely proud of her Chinese heritage and the chance for her to promote the sport she loves among young people, especially girls, in the home of her mom, in what will be a home Olympic Games for Eileen, is something we will continue to support her in. We’re very grateful to Eileen for thanking U.S. Ski & Snowboard for the role we played in helping her dream come true and we wish her the best of luck in all her endeavors.’

Clearly, Gu’s deep passion for China and personal ties to the country pushed her to make an extraordinary move. And given the fact that she grabbed two international gold medals recently — one for women’s slopestyle and another in halfpipe — Eileen Gu has shown she’s a rising star, one sure to make for a thrilling 2022 Games in Beijing.

Gu also has company. In recent years China has welcomed other biracial and bicultural Olympic athletes and hopefuls to become naturalized citizens, such as Alex Hua Tian, profiled in a Daily Mail article that sheds light on his choice:

…Alex Hua Tian, a London-born equestrian, gave up his British nationality for a chance to compete at the epitome of sports — the Olympic Games.

Despite coming eighth in Rio, the 26-year-old event rider, who represented the People’s Republic of China, is pleased about his decision….

“Riding for China has benefited my career incalculably. It has given me the opportunities that riding for Team GB would never have done.”

“I have represented China in every event starting from the first equestrian event in my career. Therefore, representing China has been quite natural to me and it’s not a chosen one.”

“I am half-Chinese, half-British but at the age of 15 my Chinese side stood out.”

Meanwhile, an NBC News article cites further examples of more Olympic athletes or hopefuls like Eileen Gu and Alex Hua Tian who have shifted their national allegiance for the Games — Jeffrey Webb, an alpine skier with a Malaysian mother and American father who represented Malaysia in 2018 at Pyeongchang, as well as Chris Reed, an ice dancer with a Japanese mother and American father who skated at Pyeongchang under the Japanese flag. And as the article notes in its title, for some these choices “can bring…controversy“, such as receiving backlash from fans and getting labelled a “traitor”.

While not an Olympic athlete, British-born Nico Yennaris who is of Chinese and Cypriot heritage and recently became China’s first naturalized soccer player for the national team, provides an example of the debate that can arise over criss-crossing countries in the name of sports, as an article by Sixth Tone notes:

The news of Yennaris’ inclusion on China’s national team — as well as the wider topic of naturalization — has sparked online discussion about Chinese identity. While some netizens have made racially tinged remarks about Yennaris’ skin tone, others have said they can accept him because of his partial Chinese ancestry. Meanwhile, still other netizens have worried that allowing foreign-born players might discourage domestic talent and questioned whether having the right DNA should be the sole factor making someone Chinese.

Clearly, athletes choosing to give up their nationality can create confusion and resentment among some netizens. One of our WWAM contributors, Holly, has experienced first-hand backlash against Eileen Gu via Facebook. Holly had personally defended Eileen Gu via a post from Sixth Tone. She shared a link about citizenship in China that was previously shared by another WWAM contributor.

And it’s worth noting that China has allowed people from other countries to gain Chinese citizenship in the past for different reasons, including major world crises. Holly briefly remembers how one of her professors during graduate school mentioned that in the 90s, China granted Rwandans that were studying in Guangzhou and other Chinese cities Chinese citizenship due to the Rwandan massacre. The students who were in China at the time had lost all their family members and China welcomed them with open arms.

Citizenship is overly complicated and a modern human concept. However, it can place identity and culture into a complicated discussion, especially when you add sports fans into the mix.

But the Olympics, like any major sporting competition, is ultimately just a game, an opportunity to celebrate the best athletes from around the world. Which means perhaps we should stop worrying too much about the flag on someone’s uniform, and instead just sit back and enjoy the athletics.

How do you feel about people switching their citizenship for the Olympic Games or sports in general?