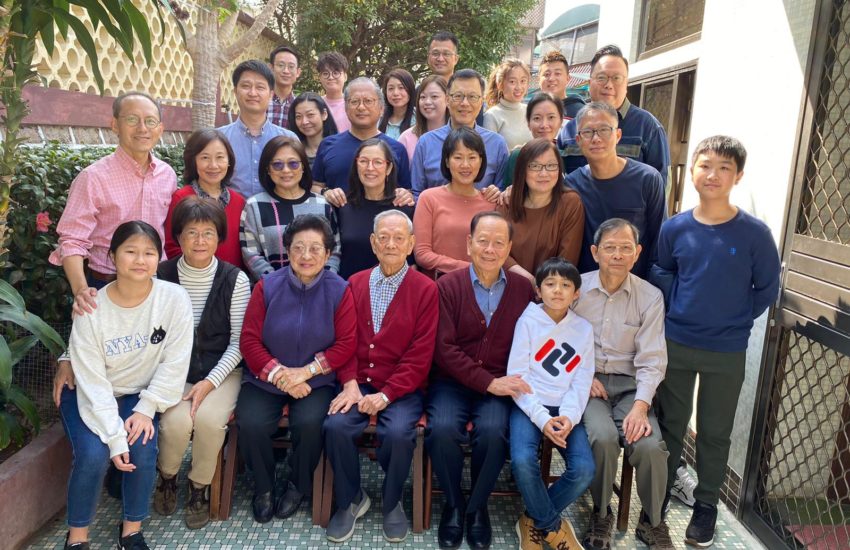 Like every new author, I’m both excited and worried about my story going out into the world. Writing a memoir requires a lot of stripping down, but while getting figuratively naked with oneself involves a lot of self-criticism, getting naked in public requires being prepared for criticism from others. I was already aware that writing a cross-cultural memoir has its own additional set of challenges, but a recent email reminded me that as an ex-pat, I might have a false sense of security when it comes to identity politics.

A little background. My forthcoming book, Rabbit in the Moon: A Memoir, is about how my midlife romance and remarriage swept me out of my American comfort zone and into a boisterous Cantonese family in Hong Kong, and how adapting to my Chinese family changed the way I see myself and my American family.

Reading an early draft, my husband said, “So what am I, the comic relief?” Pressed further, he admitted he was worried that readers would see him as a loud goofus with slippery English rather than as the accomplished musician and ethnomusicologist he is. I realized that I had a lot of revising to do if I wanted to stay happily married and to challenge stereotypes. My book needed a paradigm shift—from the funny stories I told my American girlfriends to the soul-searching that learning another culture had provoked in my life. I turned the lens on myself.

When I got to the final drafts, I assumed my book audience would be mostly women who were either in intercultural relationships, were travelers, or had an interest in other cultures. I was surprised when the book was picked up by a press in Taiwan comprised of three expat men and that they were so enthusiastic. I discovered that they were all married to Chinese women, Mandarin speakers, and delighted to have someone describe East-West culture shock in ways they had once experienced. As we went through the editing process, I was comforted to have their culturally and linguistically educated eyes on my work. I was so happy to feel understood that I forgot that there were environments where my work and I would be suspect.

The email that caught me off guard was this: someone who did not want to be named had shared with the Canadian sender that they “had strong concerns about the blurb and the description on the back of the book.” They found the framing “exoticizing, romanticizing, and white gaze-y.” They also disputed the translation of renao as “hot and noisy.” My initial reaction was not mature. I spouted that the entire book is about me unlearning my “white gaze,” that the word “exotic” referred to setting instead of people and appeared in a blurb from a Chinese writer, and that the renao definition came from my husband and was approved by my editors. Then I got off my high horse and thought about contexts.

Because I am outside the US, have friends from other cultures, and am married to the “other,” it’s easy for me to forget why so many Westerners are politically sensitized to anything that sounds like orientalism. I should know better. I’ve been teaching identity politics for years. Before moving to Hong Kong, I lived in Honolulu and taught a university course on Hawaii’s multiculturalism. Before that, I taught multicultural literature in Texas. As a white woman, I got a major education in the process because attitudes about race and ethnicity are shaped by context and demographics, and Hawaii’s history is very different from that of the American south and southwest. So is the language surrounding race and ethnicity.

In Hawaii during and after WWII, local Japanese coined the term “Buddhahead” to differentiate themselves from the “Katonks,” Japanese from the continental US (Katonk being the sound an empty coconut makes when it hits the ground). Local Chinese call themselves “pake,” a pidgin term that dates back to plantation days and allegedly comes from a Cantonese term for uncle. Pake also gets used as an adjective to mean cheap, as in “I’m so pake, I’d drive across town to save a dollar.” There are real tensions in Hawaii, mostly against haoles, or whites, but to navigate the “chop suey” of Hawaii ethnicity, people make jokes. My husband and I picked up the tradition and daily resort to stereotypes as a way to make light of our cultural differences. Of course, humor vs. offense depends on intention and who is saying what to whom.

I need to remember that when ethnic studies students from California visited my class in Hawaii, they heard Hawaii’s ethnic humor as racist. America and Canada are grappling with racist histories, and people of color are rightfully and understandably angry. No matter how well I may or may not have qualified my perspective, that I am a white woman telling a story about encountering and being transformed by “the other” looks suspiciously like a trope they have seen too many times before. As a writer, I must make sure I’ve tried my level best to relate my intercultural experience with sensitivity and compassion. The relayed criticism I got is a good reminder that I may also need to apply what I have learned from my marriage—be prepared to listen, question my ethnocentricity, and accept that not all cultural differences can be bridged.

In a podcast interview I recently did with Hong Kong Women in Publishing, the interviewer asked me what my Russian grandmother would have thought of my husband. I said she would have liked him. I added that she would have called him an Oriental, but that he wouldn’t have minded because he knew she came from a different place and time. He would have made room for her context, her worldview. When dealing with critics, I need to do the same.