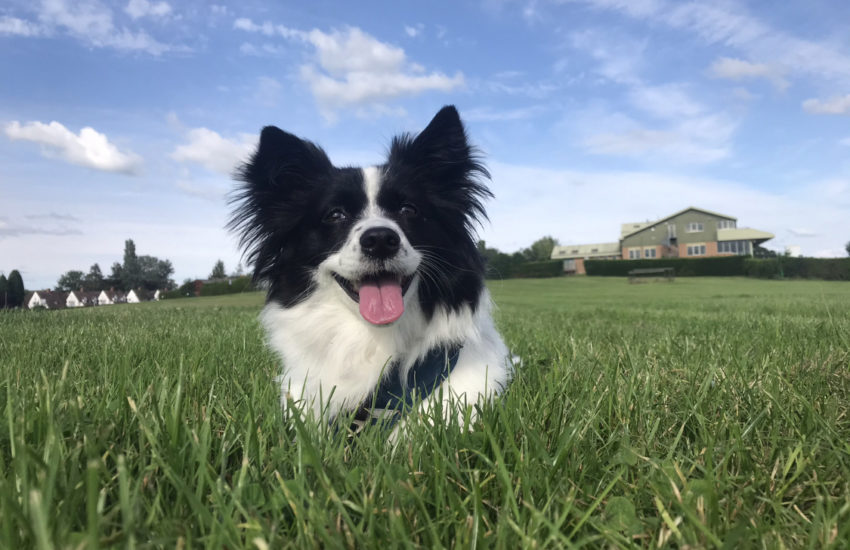 The first toy I picked out as a young child was a cute chubby Saint Bernard with sad-looking puppy eyes. Then, when I first moved to the UK as a child, the first toy I picked was a golden Ikea Labrador to join my entourage of soft puppies… as I wasn’t allowed to have a real one!

By the time I was a teenager I gave up on having a pet and started to volunteer with animal charities just to be around animals. But I planned to get a dog as soon as I had my own place. Moving to China put that on hold for a few years as I was living in student accommodation. In the meantime, I continued to volunteer with pet rescues, and also couldn’t help but feed our campus cats.

By the time I got my own place I knew it was time. After spending a year trying to convince my husband, July found her way to us. She was left abandoned in a box alone at 2 months old. From the moment I picked her up, we have been inseparable. She has brought so much joy, love… and lots of sassiness into our lives.

The best presents come in small packages, and this seems true of dogs too! July has always been unexpected and she always finds ways to surprise us.

When we first found her, the vet assured us she would be a small terrier-type dog. She was white with brown patches on her face, and a big brown patch by her short piggy tail and on her back. This didn’t last long! She went through what we call her red panda phase, where her spots slowly changed to black. Now she confuses people, as she looks like a collie but is the size of a sausage dog.

As our family grew so did July’s love. Her favorite thing is to shadow and take care of her younger brother. Who needs a nanny when you have a determined little dog? Every time my son would get too far, a simple “July, go get him” would have her herding him back to me in a fit of giggles.

As I’m writing this she’s snuggled by my legs. Meeting her has been life-changing and I can’t begin to imagine what our lives would be like without her. So if you are thinking of an addition to your family, look no further than a loving Chinese rescue dog.

Ana
Ana lived in China from 2012 to 2019 where she met her husband whilst studying for her MSc. Ana is now back home in the UK working as an environmental scientist. When she’s not trying to save the planet she can be found chasing after her dog (July) and her son.

Latest posts by Ana (see all)