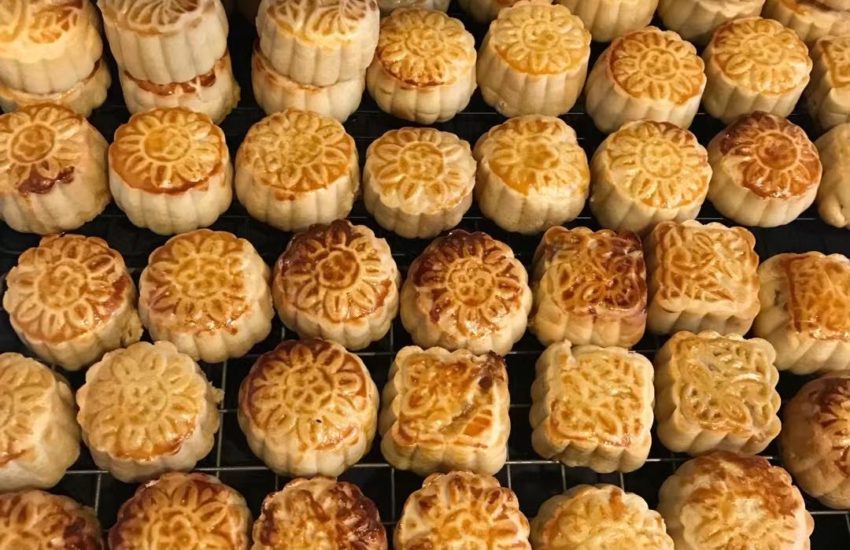 I arrived in China for my studies at the end of Summer, just as Autumn was beginning to creep in. So, Autumn has always signified a time for exploring, new beginnings, and getting used to changes as the days get shorter and colder.

The colder mornings would have me navigating to class at 8 am holding onto a freshly made doujiang to warm my hands, whilst biting into a piping hot nanguabing as steam escaped into the morning air. It was my first year in China and I was only beginning to study Chinese. I first tried them when I was in a quick-moving line and my usual youtiao was all out of stock. Not being able to ask how long until more were made I pointed to the first thing I thought looked good… and god were they good! It was love at first bite!

In my second year, I bought a second-hand bike from a student who was graduating (I still miss this bike). My trusted blue steed would let me explore further as I cycled in the warm sun treading on coloured leaves to meet friends. We would talk deep into the night whilst huddling around street hotpots and playing mahjong.

As it got colder you would think things would get quieter, but the street outside our dorm would burst into life in the early evenings as the chestnut and sweet potato sellers making their debut for the year would appear. There was nothing like the nostalgia of cracking your first roasted chestnut. It always reminded me of my early childhood when I would buy them wrapped in newspaper with my gran.

Now back home, with a child, autumn is a celebration of his birthday, a celebration of Mid-Autumn festival (of making hundreds of mooncakes to share with family and friends). It’s a celebration of Michelmas and how although the nights are getting darker if we look inwards we can find the inner strength and light to harbour winter. It’s blackberry picking, climbing apple trees at the local orchard to make apple pies and jam, digging for potatoes for stews, and of course, going to the pumpkin patch to pick our own pumpkins. But even then our Chinese traditions are not forgotten, the biggest pumpkin we buy is always used to make something to warm us up, nangua bings!

So, now as I make my way to drop off my son at school I bite into a hot homemade nangua bing we made together and am reminded about my time in Beijing, and now also of cozy Autumn afternoons in the kitchen making new memories in the shape of sweet bings.

Ana
Ana lived in China from 2012 to 2019 where she met her husband whilst studying for her MSc. Ana is now back home in the UK working as an environmental scientist. When she’s not trying to save the planet she can be found chasing after her dog (July) and her son.

Latest posts by Ana (see all)