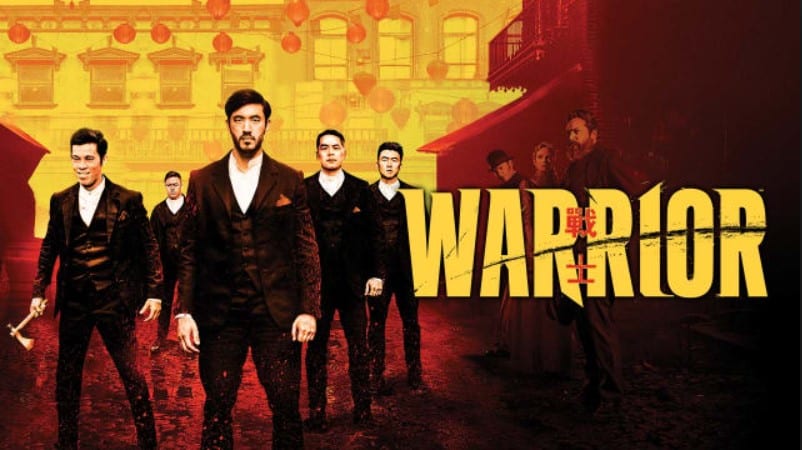 An action-packed series with martial arts and a forbidden romance which is also the first-ever historical drama show about Chinese immigrants during the 1860s. I could not wait to watch “Warrior”. I went to try to find it on Netflix, Hulu, and Amazon Video…but didn’t have any luck. Fortunately I found it on Xfinity. (If you have Xfinity and Cinemax, watch it!)

I felt like I struck gold when I found this show. Some time ago, I grew interested in the history of Chinese immigrants in the US after reading Lisa See’s “On Gold Mountain”. What’s even better about this series? It’s based on the writings of Bruce Lee. After all, he is one of the most famous WWAMers out there!

Without too many spoilers…I want to talk about the main WWAM relationship in the series!

Short synopsis of the show:

Hailing from South China, Ah-Sahm arrives in San Francisco looking for his sister. During his time in San Francisco, Ah-Sahm meets a woman named Penelope Blake, the wife of the mayor of San Francisco. Eventually they fall in love and begin to have an affair.

To be honest…I can’t blame her. When you learn about her relationship with her husband, you can’t help but root for her and Ah-Sahm to be together and to work it out. They have incredibly hot sex and relate to each other on a deep emotional level. They’re able to communicate well because Ah-Sahm speaks fluent English. He had an American grandfather in the show.

Penelope is the type of woman who doesn’t care what others think of her and the more you watch the show, you learn how passionate she is about what’s right. You can see Ah-Sahm’s internal struggle about wanting to fit in but being unable because he believes his speaking English would get him into trouble. In my opinion, these two characters belonged together from the moment they first met. I love that Penny is very open-minded and doesn’t care that Ah-Sahm is different from her.

I don’t want to spoil too much of the show, but if you’re into lots of action with bloodshed, sex, and history, then this is the show for you. I caught up with the series in 3 days and looking forward to future new episodes!