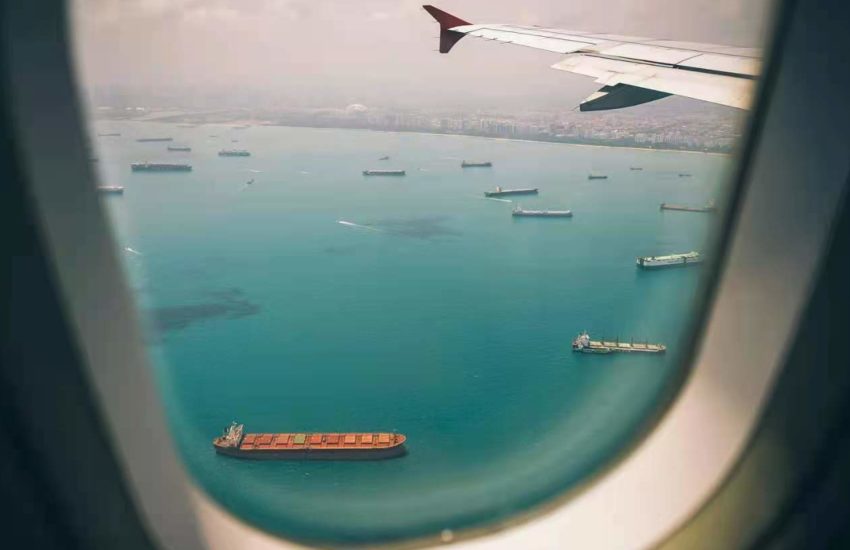 When home is calling during a worldwide pandemic, which never seems to end, you do everything in your power to go back. This time, we literally had to “go with the flow”.

After he had spent a long time in my country and because he had a soon to be expired passport, my husband needed to go back. Naturally, he brought us along with him. What does it take to go back now? A new visa, a lot of commitment and patience.

We called for a moving company to help us bring along the necessary items. The thing is that with an international moving company, they communicate until your items are picked up and their services paid. Then, countless calls and messages are to be sent in order to know what is happening to your dearest things. The usual length on the ocean is more or less fifteen days. Add borders and customs and you can only see if your belongings were damaged a month later.

Once our things had shipped, we had to travel ourselves. The nearest airport being closed to international travels, we drove eight hours to the next one under pouring rain, the threat of a tornado, and a check engine light that magically appeared.

So far, it was not that bad, until we arrived at our hotel before departure. Our sleep was cut short by the fire alarm. Part of our hotel was on fire. My husband had never been the panicking type. He went back and forth from our car to the hotel to get all our luggage. I wondered if it was a cultural aspect to not be stressed out, or maybe it was the way we were raised. I learned the fire protocol in school and followed the steps as instructed. Did I mention that my QR for departure was still very red at that time?

We arrived thirteen hours before our flight and to anyone traveling internationally, do not fear, the attendants will not slap your fingers for not doing your homework on what you needed to do. They also had no idea of what was needed for each country to board a plane. If it was not for the woman who died about fifteen feet away from us and delayed some airport activities, the wait at the airport would have been a walk in the park. I remember my husband saying that our journey to China was cursed—and boy was he right!

Our arrival in China was a slippery one, literally! The pilots opened the plane’s tires for landing at the very last minute, which made the plane skid twice before he regained control.

For everyone fearing a return to China because of the restrictions implanted for pandemic control purposes, I highly suggest traveling with a Chinese local. I was grateful that my husband handled everything with no language barrier. The personnel at the Chinese airport was very helpful and extraordinarily prepared to receive travelers.

Even if he was tired, my husband was very happy to go home. Although we had to be under a month quarantine in three different hotels.

Between the unscheduled temperature checks, the jet lag, the food poisoning, the impatient kids and the neverending movie time, finding time to adjust to a routine was all but easy. Even though it never seemed to end at first, time surprisingly flew. Although, no one was happier than my mother-in-law. I think that the joy on her face to finally see her grandchildren was worth the adventure that we went through.
Don’t let the fear of “what might happen” prevent you from going on a journey. No matter the hardship we face in life, everything turns out just fine. And hey, it does make a heck of a good story to tell.