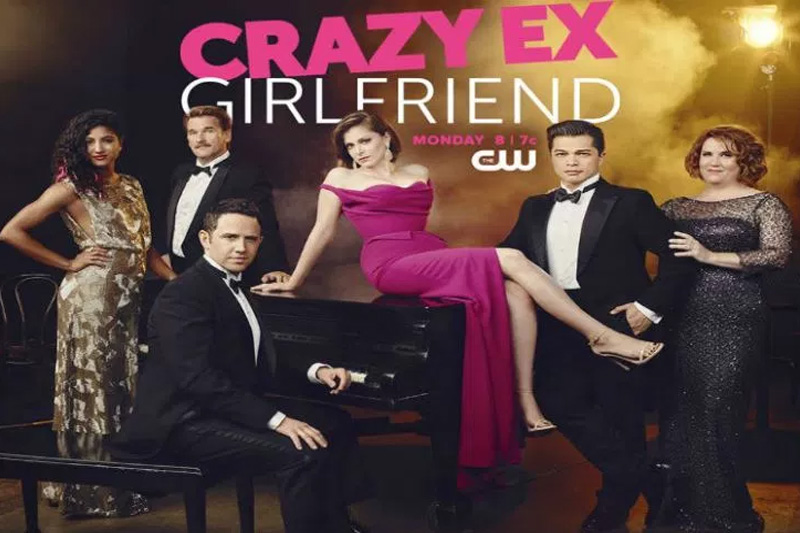 Crazy Ex-Girlfriend had been on my radar for a while now because it has been one of the few shows on TV right now that not only feature a WWAM couple (or couples), but also just didn’t make it into a thing. While Asians are becoming more common on our screens today, a majority of the men still tend to belong to the Asian family unit. Crazy Ex-Girlfriend on the other hand shows an American boy with Filipino roots among his colourful group of friends living that all American California life, and just for that I think it deserves an award at this stage. I am looking forward to the day when quantity won’t be an issue, and we can instead look at quality of those Asian males. So why not pass the time by looking at the Asian men that flit onto our boxes in this story about love, obsession, mental health and plenty of mommy and daddy issues.

Josh Chan
Having just wrapped up the second season, that’s the Josh Chan I will be looking at in this piece. Sadly, for me Josh Chan, the Asian male lead in this show, has gone from bad to worse. It seems that in an effort to make him as un-stereotypically Asian as possible the result is a weird cross between total jock and hapless puppy. He is most certainly not academically gifted, going against the model minority trope; neither is he over-achieving or career-driven and to be perfectly blunt he is so bumblingly unaware of his surroundings and the world on both an intellectual and emotional level, that I personally feel one would get more excitement from an uncooked jacket potato. The main thing he had going for him in Season One was that at least he seemed to be kind and the sane person in this whole love triangle between his girlfriend at the time and his ex. But soon we learned that he not only has commitment issues, having spent 15 years going out with his girlfriend but still not really acting like a committed grown-up, he is also incredibly inept at making up his mind: Valencia, Rebecca, Valencia, Rebecca but treating her terribly, All American Blonde, Rebecca and finally…he abandons the fragile bird with attachment issues on their wedding day to become a priest, after talking for 5 minutes with his best buddy about how that’s kinda cool. One could argue that it’s becoming increasingly evident that Rebecca is not the only person in this story with severe mental health issues. So, what does that leave us with? Not much. Aside from great sexual chemistry between him and the lead lady. But that’s really not enough. He is juvenile, lazy, selfish, inconsistent and downright cruel. Give me back the sweet IT nerds please.

Josh Chan’s Dad
We do not see or hear too much of Josh Chan’s Dad, as he appears just in six episodes and when he does appear it’s mostly as an accessory to his wife, who is of course the larger than life Asian mother. He on the other hand is constantly described as very grumpy, with the running gag being that no one has ever seen him smile before. This is more in line with the stereotypical idea of Asian parents: the loud, overbearing mother and the distant, strict father who never expresses feelings and shows any approval. While Josh Chan’s mother and his two sisters get at least some form of story line, all that’s left for him are their already meager scrapings. It’s a real shame that he just isn’t given the time of day to be able to become an interesting character.

Alex
This slightly dopey, slightly geeky guy is Josh’s co-worker at the Aloha Tech Center. He mostly is just a vehicle for Josh’s jokes and childish behaviour, only having cameos in four episodes and thereby even less than Josh’s Dad. Ironically, though, he is the person that hands one of the strongest pieces of insight to Josh on a platter about his serial monogamy, as he points out: “You’re a girlfriend guy, I can tell. A serial monogamist! I was just like you, I get it. It’s hard being alone.” And already we have an interesting story of a guy who, while maybe not necessarily the most career-driven is at least a reliable worker, since he always reacts confused and maybe even slightly disapproving of Josh’s antics. He used to be much like Josh and Rebecca, but he has worked on himself and overcome that hurdle. This takes self-reflection and determination. And just like that, with one short sentence, Alex makes both Josh and his Dad look pretty sad and embarrassing.

Father Brah
Why did I save Father Joseph, a.k.a. Father Brah for last despite the fact he is in 8 episodes and his scenes tend to be full of long dialogue and deep insight? Because he is simply the best. As Josh Chan’s childhood friend he is always around to talk about Josh’s messed-up love life, dropping insight bomb after insight bomb and being a super cool priest. He has retained a child-like quality with his laid-back brah act and his hobbies such as basketball and smoking weed. He just doesn’t take life that seriously but this doesn’t necessarily make him irresponsible or complacent in the fashion of Josh, he is after all a priest of a congregation that loves him. Out of all the younger men in West Covina he would probably be considered to have one of the most “traditionally successful and respectable” career (a job that isn’t stocking shelves in a mart or pouring drinks in a bar), and he is wise and full of insight on emotional issues, even though it doesn’t always come through so obviously due to his “chill ‘tude”. He is in my opinion one of the funniest characters in the show and if it weren’t for the small matter of him having sworn himself to celibacy, I would name him most eligible bachelor of West Covena in a heartbeat.

Well, that’s it, the glamorous bunch of Asian males floating about West Covena. Not that the non-Asian options are really much better at all – that’s unless you’re into angry alcoholics, obnoxious asshole lawyers, psychopaths or momma’s boys. Here’s to hoping West Covena manages to unearth a truly cool Asian dude in upcoming seasons.