The “Where’s Wang” tag allows us at WWAM BAM! to review how present this bias is within some of media having come out of the Hollywood machine (and other media) over the past few years, and review any media through an AMWF lense.

Probably one of the most offensive portrayals out there at the moment. The diner owner Han is about as stereotypical and emasculated as it gets. He is short, slightly overweight, has fairly boyish looking features and is mostly just a punching bag for the female leads, and anyone else in the show for that matter. Most jokes are an attempt to undermine his manliness; he is often likened to a lesbian and a recurring theme is he couldn’t get a girlfriend under any circumstance. When he does have a girlfriend there is usually something fishy about the relationship, i.e. it’s just a pen friendship he is presenting as serious relationship.

Usually his reaction to mockery is petulant, like a surly child, and the one or two times he does give contra (well into the 4th or 5th season I believe), the reaction is something along the lines of “oh look at the little Asian man talking back at us, well done little man”.

He is utterly laughable, and granted some of the other characters like Eastern European chef Oleg are too; but while the dirty Oleg is portrayed in an oversexed way, poor Korean Han is never even afforded that most basic of reproductive instincts. 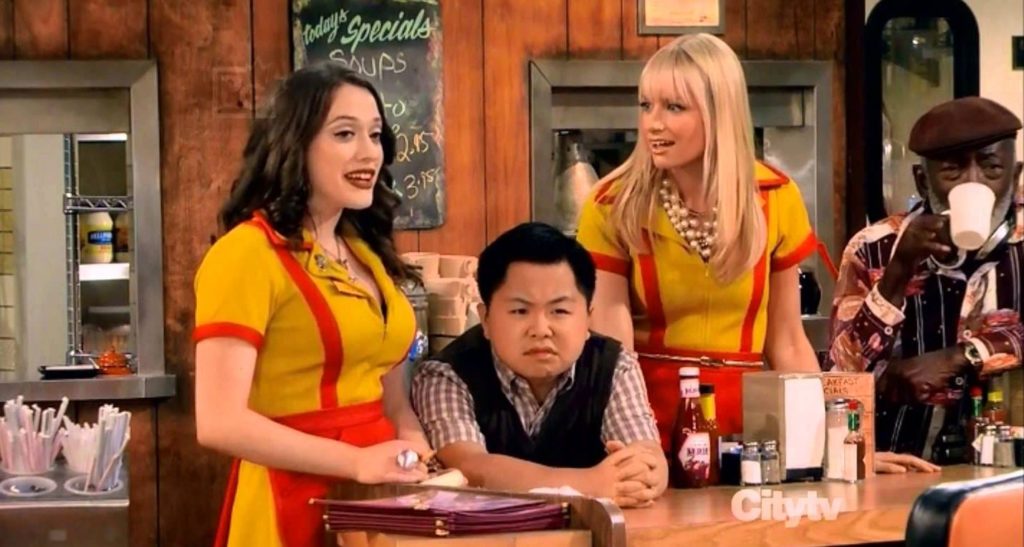 How to Get Away with Murder

Oh, this is another one that gets me riled up. The show was celebrated for breaking the mold by having a strong black female lead and I can only agree; however what it wins on that front, it completely fails to do on the Asian male front.

Let’s take a look at Oli, the only recurring Asian male. Yes, he is very kind. He is also a homosexual, who contracts AIDS. While I applaud how the show is actually breaking ground in heavily featuring male make-out scenes, something I believe is still considered a bit risqué even now, his soft and kind character juxtaposed against his boyfriend, the “white male slut” (another stereotype right there), it once again plays into the notion that no Asian could ever be “a man’s man”. Furthermore, he is the one who contracts AIDS, while his white partner, despite them having had intercourse without medication or protection, is somehow spared this fate. I hadn’t realized being white makes you immune to AIDS. 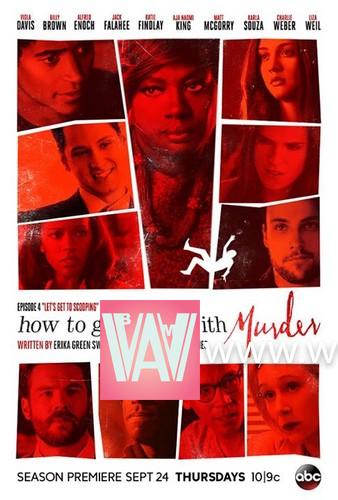 Mike Chang – oh, that’s what my dreams are made of – sleek dancer with a beautiful face. Overall I have to say there is little to complain about with relation to Mike Chang’s Asian male. He starts out as a football jock who quickly shows off his amazing dance skills. Strong and agile; now that’s what I like in a man. There is an element of silliness in the fact that of course his girlfriend has to be Tina, the only other Asian in the show. The idea of an Asian man dating outside his race is just ludicrous, it would seem. You can’t have it all I guess. It’s always just baby steps. He does get enveloped in a story line that, while a little stereotypical is also fairly accurate; his father wants him to become a doctor rather than pursuing a dancing career. Daddy dear is of course converted in the end; this is America after all.

Ah, my dear Westworld. What can I say? An absolutely epic TV show that is going to keep us hanging in the air until 2018 after its out-of-control season finale…time to go back and reflect on the one recurring Asian male in the show. Portrayed by Aussie actor of Korean descent, Leonardo Nam, the show once again does a good job in completely draining this tech lab geek with too much product in his hair of any kind of sex appeal and manliness.

He spends his entire time on camera being transfixed by Maeve, the black robot woman, whose sexy breasts are obviously too much to handle. Unable to look her in the eye a majority of the time, he adopts a kind of slouched position that reminds one of a bow and subservience. Portrayed as having a good heart, he helps Maeve, the robot, and seems to think of them as equals unlike many other of the human characters in the series. At best he is the kind guy who sees robots as equals; at worst he is a weak poor little slave to the female robot’s sexual allure and her strong character.

Again, his demeanour, his terribly unsuitable haircut and the overall portrayal make him seem more like a puppy with anxiety than an actual man. If you check out some photos of the actor Leonardo, however, you will see an entirely different person – a charismatic and confident guy, who is anything but shy.