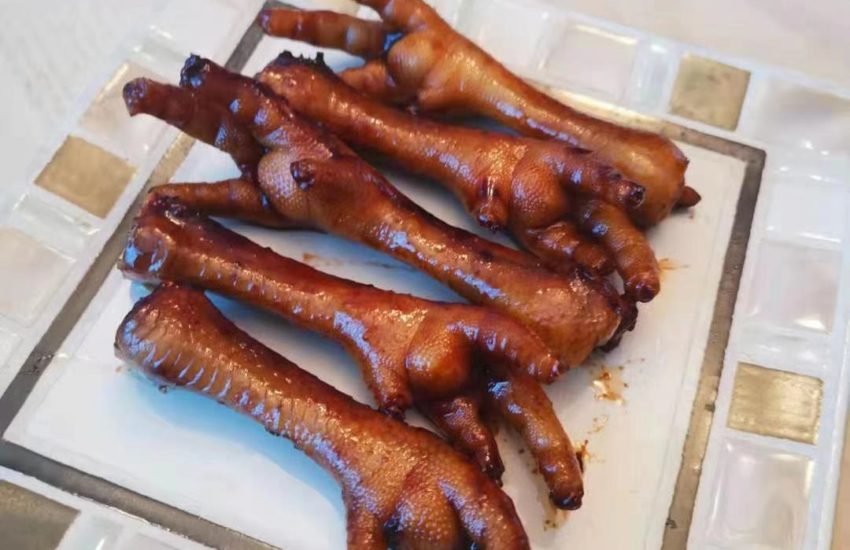 Since I was a child, I was always fascinated by how the skin and the appearance of Asians looked so young and flawless. The detail hit me even more when I first joined my husband to China. There was an obsession with the diet and the skin for some while others worked hard under the sun.

Let me explain— In many cultures across the world, having a fair skin was considered to be prettier and coming from a higher class. Therefore, many people were obsessed with protecting the skin from the UV light of the sun.
From my own experience, two aspects are related to the secret of Asians looking younger longer. The first one concerns their obsession with protecting their skin. I saw women and now an increasing amount of men, buy different types of cream, night masks and clothing to match their daily exposure to the sun. My own mother-in-law, who looks at least ten years younger than her actual age, covers her head, face, arms, hands, body, legs and feet when she is exposed to the sun on her scooter while she shops around and she is not the only one.

Being a Caucasian foreigner from a cold snowy country, my skin pigmentation isn’t the same. I have a pale skin. A skin that my relatives by marriage wanted to protect so I would not lose this beauty aspect of which they were proud of. How many times did I hear my mother-in-law introduce me as her daughter, telling people how pretty and light my skin looked. During the scorching Chinese summers, my mother-in-law or her son (my husband) would follow me around outside with an umbrella so my skin would not get tanned. An aspect that astonished me because I knew many foreigners who would rather have a tan.
I learned that by protecting the skin from the UV light of the sun, it remained younger and healthier longer. My mother-in-law’s own father has darker skin from working in the fields all his life, but he protected it as much as he could. Today, the man is eighty years old, has dark black hair with very few white ones and doesn’t look a day older than sixty years old.

So, if protecting one’s skin during the day is only a part of the secret, what else contributes to their youthful appearance? My own husband has darker skin, is the same age as me and yet, already looks younger. The secret resides yet again deep into their heritage and I don’t just mean their DNA.

The way Asians cook and the way they eat also contribute to the way they look. Compared to their neighbors of the West, they cook food in a way that ensures the nutritional value won’t disappear. For example, let’s analyze the Western salad, burger or pizza where every ingredient is healthy in itself; lettuce, tomatoes, beef, cheese, bread, ham or pineapple—but add oil, fry something and put it together in a salad, burger or a pizza and it becomes unhealthy and “fast food”. In Asia, you can eat food boiled in different mixtures like in a hot pot, and it would still be considered healthy food with nutritional value. 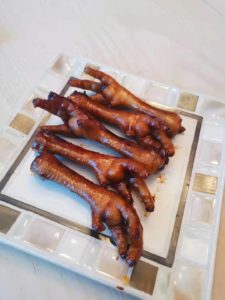 There again, what are they eating differently? The answer is simple: They eat everything. Every nutritious ingredient that we, Westerners would normally throw away by habit or lack of cooking knowledge. Of course, not everything they eat is good for their health but they believe it helps with beauty. If you believe in something, it usually works, right? One particular food, high in calcium and collagen, which contribute to the health of your bones, muscles and skin elasticity is chicken feet. You read me right! If you start adding chicken feet, pig skin, lotus root, hot water, chicken heart, bone marrow, seaweed, fish and more to your diet on a daily or weekly basis, then there is still a chance that your skin will appear younger longer without using the anti-aging cream sold at your nearest pharmacy.
Isn’t it time to stop being a picky eater? Well, the answer depends on the person that you are asking. I personally am currently not bothered by the idea of my husband’s appearance remaining younger longer while my beauty flies away each day. I simply can’t get in my head the idea that chicken feet are edible. They look like feet and my brain won’t process it. If they ever make chips tasting like them with the same nutritional value, I might give them a chance.

As for sun exposure, an umbrella a day keeps the skin tags away. If everything remained opened late, I would probably start going out at night. I have never heard of a moon burn, have you?