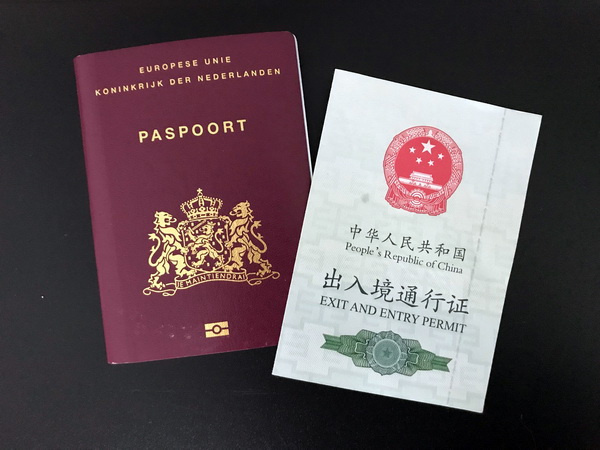 The British tabloids recently covered a situation that is probably the nightmare of every parent raising a child when the parents are of different nationalities. You can read the story in these articles:

The Sun, Mirror and such media covered the story with the amount of sensationalism you’d expect from tabloids, but we cannot blame the people involved for seeking media attention. They state that the media coverage helped in getting the attention of the British Embassy in China, which led to diplomatic support in their case.

Without any sensationalism, here are the bare facts of the story:

British national Michael Simpson had two children with his Chinese wife Fu Weiwei, Jack (8) and Alice (6). The relationship ended in divorce, after which Michael assumed care for his children. During the painstaking divorce, Fu killed Simpson by stabbing him in the neck with a pair of scissors in a jealous rage over his new relationship. The two children then came under the care of Fu’s family, who live in a remote Chinese city on a meager income. The British grandparents wanted to give them a better future in the United Kingdom; they state this is what their son would have wanted. The Chinese grandparents, however, did not want to give up the children. After two years of negotiations and payment of more than $10,000, the Chinese grandparents agreed that Alice would move to England. Jack had to stay in China.

Foreign nationality not acknowledged in China

Coverage in the British tabloids is very one-sided and only shows the standpoint of the British grandparents, which is that China won’t allow them to bring their British grandchildren to the U.K. But when you look at the story from a Chinese perspective, you see things from a very different angle.

China has a very clear vision on passing on Chinese nationality to children. According to Chinese law, all children born to at least one Chinese parent, regardless of where they are born, are considered to be Chinese. Because Michael Simpson’s children were born to a Chinese mother, so the Chinese authorities regard them as Chinese.

Because the children have a British father, they are eligible to apply for a British passport. But as China does not acknowledge dual citizenship, the Chinese authorities do not acknowledge foreign passports of children such as Jack and Alice until their Chinese citizenship has been renounced. Renouncing is a bureaucratic process that can take years, and getting the right information on how to do this in China isn’t very clear.

Because the Chinese authorities do not acknowledge a foreign passport until Chinese citizenship has been fully renounced, children such as Jack and Alice cannot obtain a Chinese visa in their foreign passport. In order for them to travel internationally, the Chinese government issues an “Exit and Entry Permit”, a document that can be used to leave and return to China. This document can only be applied for with permission from both parents.

Judgment based on facts

One of the reasons for the Chinese grandparents allowing Alice to travel to the U.K. and have Jack stay in China, is probably that in China people have a strong preference for a male heir – especially in rural areas. The British tabloids don’t specifically mention this, but according to an article in the Chinese Global Times (article 7 in the list above), Jack has a Chinese hukou registration at the address of his Chinese grandparents. Alice is said to have a British passport. This is very plausible; when Alice was born the Chinese one-child policy was still in effect, meaning a fine would have to be paid for her birth. Michael and Weiwei may have tried to avoid this by not registering Alice in the Chinese hukou system, but applying for a British passport instead. According to the Global Times, this is the reason why Alice was allowed to travel to England with her British grandparents, whereas Jack, as a Chinese citizen, was not allowed to leave China.

As parents of a half Chinese child, it is possible to get away with such loopholes for a long time, as long as things go well. This harrowing example, however, shows that if things go sour, as a foreigner in China, you usually draw the short straw.

In cases like this, Chinese authorities do not take subjective factors into consideration. Considerations such as where the children would be better off: with their relatively wealthy grandparents in Western Europe, or with their Chinese grandparents who live in a remote village in Central China on a meagre income. Or that it is very understandable that the British grandparents, after losing their son, would rather not leave his children in the care of the family of the woman who killed him. A Chinese court takes only facts into consideration. And if the facts are that Jack has a hukou registration in Central China, a Chinese court will be inclined to follow the wishes of the Chinese family, not the British.

I think that, if Michael Simpson would have renounced Chinese citizenship of his children and would have applied for a British passport for both of them, his parents would have been able to take both kids to England without issue. In that case, Jack and Alice could have gotten a Chinese visa in their British passports, and wouldn’t have depended on an Exit and Entry Permit for leaving China, that had to be applied for by their Chinese guardian.

When you are the parent of a half Chinese child, and you would like your child to be raised outside of China in case of loss of the Chinese parent (whether by passing or after a divorce), it is essential to renounce Chinese citizenship. Something you shouldn’t underestimate the importance of, as this tragic example proves.