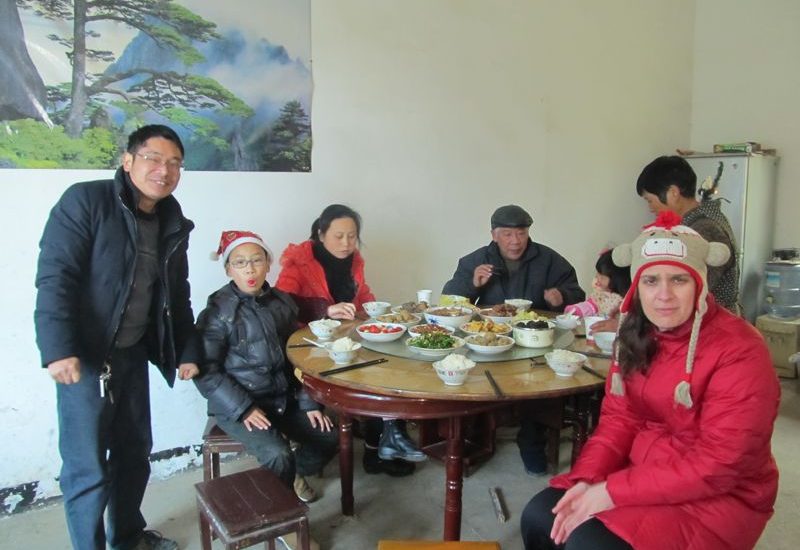 As China in January turns into a festive wonderland of red and gold everywhere you look, some of us don’t feel as excited as the Chinese New Year décor might suggest.

The biggest holiday in China is also fraught with a number of annoyances, particularly when you have family there. I know it all too well. There have been some years when I’ve actually dreaded heading home for the holidays.

Fortunately, though, there are ways to manage your way through Chinese New Year, sanity intact! Here are 3 major Chinese New Year annoyances – and how to deal with them:

#1: Smokers at the table

You’re just about to tuck into a delicious spread of your Chinese New Year favorites (for me, my mother-in-law’s homemade tofu or that mouthwatering kimchi my aunt makes) when suddenly you hear that ominous click. Yep, it’s the sound of someone lighting up – and totally ruining all of the precious fresh air around the table.

It’s unfortunate that in China, pretty much every family includes at least a handful of smokers. Mostly male. The tobacco industry in China must be thrilled that, for most Chinese men, manhood includes lighting up with your friends and family, even when you’re at the dinner table.

I don’t know about you, but secondhand smoke makes me want to choke. It’s incredible that many folks here complain about the smog, but have yet to turn their attention to the pollution caused by smoking cigarettes indoors.

Unfortunately, most families have a permissive attitude towards this nasty habit. Because smoking is such an integral part of socializing for many men, hosts feel reluctant to ban cigarettes at the table. Even when kids are present.

If you can’t handle smoking at the table, the best thing to do is tell your relatives and stand your ground. It doesn’t necessarily mean you have to miss out on dinners and socializing. Many of my relatives respect my desire for a smoke-free dinner and do keep the cigarettes hidden until I’ve left the table. I’ve sometimes eaten earlier or later to avoid smokers who won’t put their cigarettes away.

I’ve also skipped some dinners and instead met up with relatives outside of meal times. That allows us all to sit outside, munch on fruits and nuts, and avoid smoky tables. And really, isn’t meeting up with family and friends what the holiday is all about?

#2: The pressure to drink

One of the most harrowing moments I ever experienced during Chinese New Year was when I witnessed my husband’s cousin, slumped over in a chair in a drunken stupor. He had just vomited on his shirt, and even from feet away you could detect the sickly smell of alcohol all around him. The almost comatose look on his face made me wonder if he would survive the holiday.

He was taken to the hospital that day and lived, thankfully. But this experience taught me a sobering lesson – the dangers of pressuring relatives to drink during the holiday.

For all the talk about drinking games, this stuff is more of a risky extreme sport. Once again, the problem is drinking becomes linked to respect and even friendship among many men. All it takes is a few seasoned, cocky drinkers who like their baijiu and start goading the others to drink more. They’ll say things like, “However deep our relationship is, that’s how much you drink.”

Hence, that cousin ended up in the hospital.

If you’re worried about the pressure to drink – either for yourself, or a man you love – it’s possible to dodge the bottle.

One thing you can do is simply refuse to drink any alcohol at large gatherings. If any relatives see you with alcohol, they’ll assume you’re a target for drinking pressure. Instead, if you’re like my husband and I – we prefer to consume fine wines and beer in small amounts – do your drinking only when you’re around close friends and family who you can absolutely trust to respect your limits. (Also, make sure they’re people who won’t blab at the table that they’ve seen you drink before!)

It also doesn’t hurt to have a ready explanation to excuse yourself from the extreme drinking games. My husband uses me, his foreign wife, as an excuse not to drink. He tells them that, since I’m a foreigner in China, he has an obligation to take care of me – which means staying sober. As silly as it sounds, this excuse has actually protected my husband’s sobriety through my Chinese New Year celebrations. Cheers to that! 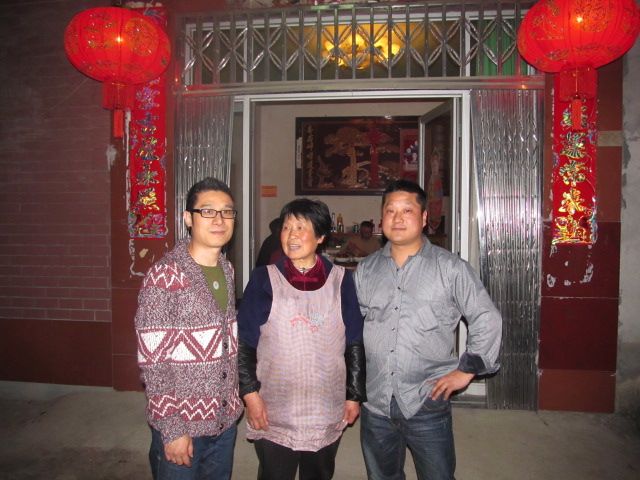 For some people, the Chinese New Year means an endless barrage of questions we really don’t want to answer. From the people we cannot avoid — family.

It’s such a big problem that some young people have actually rented significant others to take home for Chinese New Year, just to ward off the girlfriend/boyfriend issue. I even have a friend who refuses to visit family during the holidays to avoid questions!

Currently, I’m steeling myself for many multiple rounds of relatives asking, “When are you having kids?” The best advice I ever heard on this was from my husband’s cousin. When people ask her when she’s getting married, she answers, “Soon, soon!” Who is to say it’s not true? Some of these things – like pregnancy – aren’t entirely in your control anyhow. And hey, maybe she was soon to get married…but the guy backed out. 😉

Realistically, though, if you just give them an answer they’ll probably move on to another topic.

Of course, another practical way to reduce those questions is to simply reduce your holiday visit. Who says you have to spend the entire holiday there? Chances are, nobody’s going to question you if you say you’ve got something important to attend to during the break, such as business or work. (And in my opinion, a mental sanity break constitutes business worth attending to!)

What do you struggle with during Chinese New Year? How do you manage?