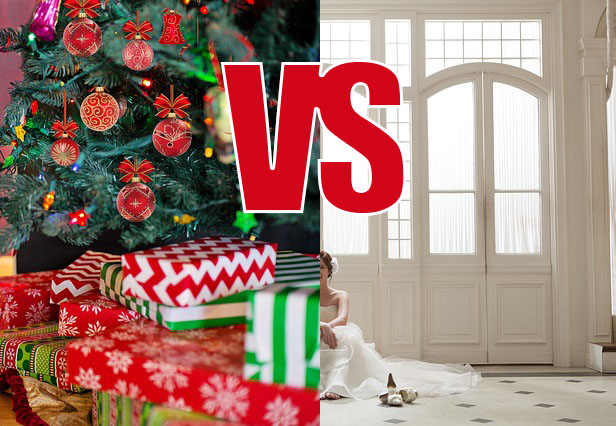 Every year many expats like myself face the choice of Christmas in their adopted home – China – or Christmas in their country of origin (in my case Germany or at times my second native country England). Over the past years, it worked out that I have been spending every second Christmas in Germany, and every other in China. However, once I end up spending the holiday in a country which doesn’t traditionally celebrate Christmas, there is a certain expectation I place on myself to make it all feel a bit festive. Especially in Beijing that is no longer a difficult task as holiday events abound: Christmas bazaars, markets and fayres in embassies and hutongs, Christmas lunches and high teas, somehow December has quickly become the busiest month of my social calendar as I hop from event to event.

This one year I knew I was looking at Christmas in China and so I began planning the festivities early on. I knew a good friend was organizing a big Christmas bash, and some other friends were in town and also looking for a bit of festive spirit. Usually the good thing about being in an intercultural relationship like my own is that one’s big holidays do not clash, but this time I was not to be so lucky.

Plans were shaping up rather nicely until I received a message from a relative of my Chinese husband up in Inner Mongolia. She proudly announced that her and her fiancée had decided to get married on Christmas eve, with the wedding celebration to continue on Christmas Day.

I broke out in cold sweat. While I have finally come the long way of accepting the fact that most my Chinese New Years’ are to be spent in miserable -20 degrees in the contestably glamorous capital of Inner Mongolia, the idea of now also having to give up my big holiday of the year to the raucous, Baijiu and cigarette antics of the extended family frankly filled me with horror. The more the exact nature of the wedding became clearer, the less enthused I was about the weekend. The trip involved trekking deep into the countryside and staying overnight in a tiny village with some serious-level Baijiu drinkers. Not just a lot of time spent on the road for a single weekend, as Monday was back to work, but the destination screamed neither luxury nor relaxation.

This was when we received a notice from work that due to some exceptional circumstances, everyone was expected to remain in Beijing for Christmas; no-one was allowed to go on holiday. There it was, my way out. But while this meant I could spend a Christmassy holiday snug in Beijing with my alcohol of choice and minus smoking, it would also mean minus husband. He was naturally expected to attend the wedding in question and it would even more naturally never have occurred to him to suggest otherwise. So here I was, faced with two choices, both of which would force me to give up a part of what makes Christmas Christmas – the celebration or spending the holidays with my immediate family i.e. husband. It was the biggest showdown yet; Christmas vs. Wedding.

For the better part of three weeks I was paralysed into inaction. Admittedly, this is the nice thing about living in China, that people are that flexible that me constantly saying I was not sure whether or not I had to work was accepted without much comment. In all honesty, I could have probably snuck off to Hohhot that weekend and it would have been fine. A fact which my husband did suspect.

But in the end, I made the choice of a Beijing Christmas with my adopted Beijing family. The work excuse provided an easy way out without causing offense and it was certainly the better option compared to me being a grumpy shi*head all weekend because I felt robbed of the one holiday a year that represents my native culture.

I had a happy holiday while my husband was forced to get off his face drunk by the tough women of the Inner Mongolian countryside. It wasn’t the perfect holiday, for sure, and maybe I was a bit selfish and petty. But maybe I just needed some space for my culture, that definitely tends to play second fiddle to living in China every so often.

How about you, have you faced any similar choice in your life, and what did you do?