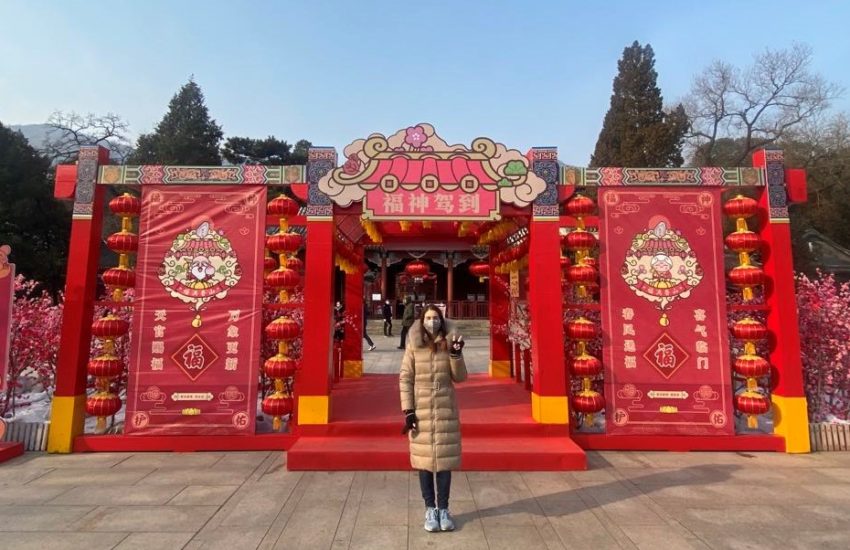 I remember being at work in December and editing a story with a title “WUHAN PNEUMONIA”. It was a short piece about a mysterious pneumonia in central China’s Wuhan, that had infected about a dozen people. Not much information was given or known except that. I asked the writer, “Is it pneumonia or not? Or is it something else?” as they story said it was a “mysterious illness.” I also discussed it with our supervising producer, about if we should even use “WUHAN PNEUMONIA” since it wasn’t clear if that was what it really was.

The story popped up again once or twice in the next few weeks, just a quick update about a couple more people being infected. Fast forward to the end of January, and everyone was getting ready for Chinese New Year. Beijing was clearing out as people went back home to be with their families. But I was staying behind to work (I work in journalism and the news never stops) and spend new year with my husband’s family. The first day of what was supposed to be just a week-long holiday (which turned into nearly a month) fell on Friday, January 24. The few days leading up to it is when things started to change. We received an email from HR on Monday, warning us about the coronavirus and telling us to practice good hygiene and to come get free masks from the office if we needed them. I shrugged it off. All my Chinese colleagues were wearing masks but none of the foreign staff were. I went out to eat with family on new year’s eve (Friday night), and Sunday I went out for hot pot with colleagues. Things seemed pretty normal. Empty, because it was Chinese New Year, but otherwise normal.

Just a week after that on January 28, were told to wear masks at work and had temperature checks at the entrances. HR canceled all leave for the foreseeable future, and people coming back to Beijing from out of town had to do a self-quarantine for 14 days before they could return to the office. A few days later, they announced we would no longer be able to go to the office cafeterias for lunch or dinner. Instead they would prepare boxed meals to be delivered to our floors.

At this point masks and hand sanitizer and disinfectant were sold out. Thankfully my company was able to provide us with a supply (which they are still doing now).

It was the beginning of February now, and we received more emails from HR about monitoring our body temperature and alerting HR if we had a fever or cough. They also told us to avoid taking public transportation and that we MUST wear a mask inside the office. They stopped booking guests in the studio and instead switched all guests to Skype or phone.

A week later they sent out an email about disinfecting the office. More emails about masks – and now gloves – to be distributed. More reminders to watch your temperature and alert HR of any symptoms of the virus. An email about providing hand sanitizer in the office. Emails about staying at home for 7 days if we just had a regular cold or illness, “just to make sure.”

Meanwhile, I was getting non-stop coronavirus information at work every day. Working in the news, it’s hard not to be surrounded by the latest thing. Every script I edited was related to COVID-19. We tracked all the numbers, how many cases per day, how many deaths, how many recoveries, how many suspected cases. We had stories about the teams and medical supplies being sent to Wuhan. Coverage on how to properly wear masks, when the peak of the virus was likely, what a coronavirus is, where did it come from, when a vaccine would come out, what China and the WHO were doing. There has been a lot of rhetoric about “fighting against the coronavirus” and “winning the battle against the virus” and “combating the disease”… as if this is a war, which I guess it kind of is.

As the number of cases rose in China, so did the panic. I remember discussing with one of my Chinese colleagues how worried I was, and she tried to reassure me and tell me it would be okay. I talked to her about going back to the US (which now I’m glad I didn’t). I remember wondering a few times if it would ever end, if we would ever get out of this loop and if things would ever get better.

I also remember wondering if I was infected, feeling like I couldn’t breathe and like there was something stuck in my throat. I caught a cold the week after Chinese New Year, when the number of new infections was shooting up, and I was so scared I caught the coronavirus.

The things I’m describing are just what I’ve dealt with on a daily basis AT WORK. Not to mention my apartment complex, grocery shopping, transportation. Anywhere you go, you have to get your temperature taken before you can enter. My community blocked off all except one gate. Then you had to show a pass every time you went in and out to show you belong (which we are still doing). They also blocked off all but one entrance for the parking garage.

Beijing is a city of over 20 million people. And for the first time I was walking to work with no one around me. I had never seen the city so empty. Even on my early morning runs there were always cars and a few people around. But as I walked to work at the end of January and all the way into February, there was hardly anyone on the street. It’s only in the past three weeks that traffic has gotten back to almost normal, as people are finally returning to the city and work.

I — and everyone else in China — have been living with this for the past two months. It almost seems like years. Temperature checks, wearing masks, blocked off communities and parking garages, registering at your community to get a pass, restaurants and shopping centers closed. Parks and tourist attractions closed. Movie theaters closed. Cities on lock down, inter-city travel stopped (in some places). Travel restrictions to other countries for people who have been in China within the past 14 days. Flight cancellations and suspensions. Everything put on hold. And just last night China announced no foreigners are allowed to enter the country.

China’s epidemic is calming down. Hubei province has resumed some travel. And Wuhan will reopen on April 8. But the country isn’t doing away with control and prevention measures just yet. Spring is here, and though I still have to wear a mask and wash my hands all the time… it’s brought me — and I think many other people — hope. There have been no new domestic cases for at least the past week, and over 90% of people have recovered. All cases are now coming from abroad.

But now the rest of the world is on alert. Many people have contacted me asking what to do or what it’s like.

Don’t panic, but don’t take it lightly. It is serious and it can be scary. But it doesn’t mean you have to live in fear or completely give up your life. Be smart, be safe. Wash your hands, don’t go out unless you absolutely have to.

A large part of the reason China has been able to contain it is because of the willingness of people to isolate themselves without being forced to. (Yes, some cities had lockdowns, but a majority did not.) Some people I know have not left their apartments for over a month. Not because anyone was making them do it, but because they knew it was the safest thing for themselves and society. I understand not everyone has that option. But if you do, then stay home. If you don’t, minimize contact with the outside world as much as possible. Don’t go out to that restaurant or bar, don’t meet up with a group of friends, don’t go to a party, don’t go to the mall and shop. Go to the grocery store to get your essentials, and get out. If you still have to work, go only to the office and go home. Or try to work from home if that’s an option. Don’t linger in crowded places. If you have to go out, wear a mask. Upon returning home, take off your shoes, remove your mask and throw it out without touching the outside, wash your hands immediately, and don’t wear your outside clothes in bed. These are things that should be common sense, and that the WHO has said. But in times of crisis it’s easy to forget.

Don’t let the fear and the panic overwhelm you. But don’t put yourself and others at risk. It will take time to pass. It’s still not over in China. But it will pass eventually. The more you can do to protect yourself and others, the sooner it will be over. I am so proud of China and what it has done to contain this disease. And I’m amazed at the stories I hear of all the things the people have done to come together and help. China can sometimes feel like a cold place, with the millions of people and the different culture. But this epidemic has reminded me how strong and hard working the people are, which is one of the things I have always admired most about them. 武汉加油，中国加油