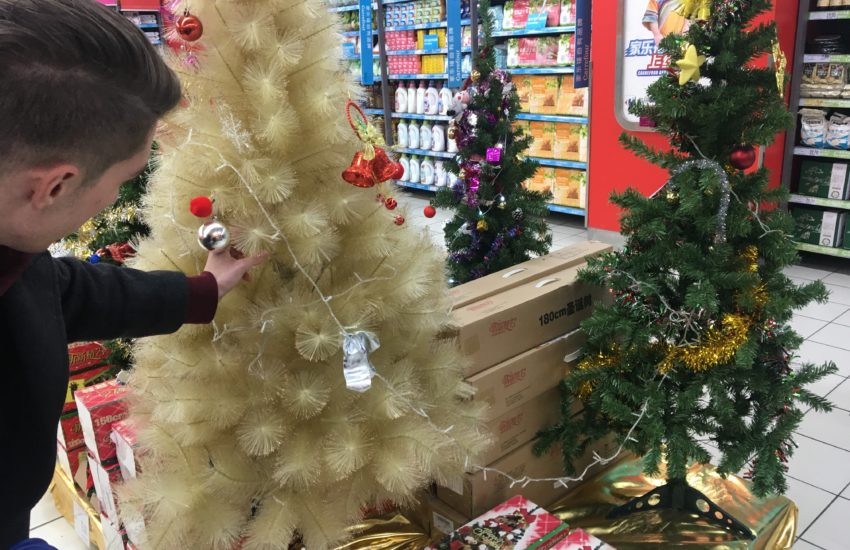 People are always bewildered when I tell them that I don’t like celebrating Christmas. The exact reasons are less than complicated, but it is contradictory to my name.

My mom named me Holly for two reasons. First and foremost, my mom in her early 20s had a mother-daughter relationship with a woman who loved Christmas. Secondly, my mom also adores Christmas. The Holly-Jolly jokes are endless.

Growing up, December was a time I had enjoyed until I became an adult. The only things I looked forward to during the holidays were the food.

I miss my father’s cooking so much when this season comes. I miss the cheese ball appetizer made with scallions, cream cheese, and Worcestershire sauce. It’s almost as if I can smell the succulent ham and mashed potatoes with gravy while in nostalgia. My father sometimes would take the leftover ham bones and meat to make a fulfilling split-pea soup. The food is what I miss the most. However, I feel I could make these dishes any time of the year.

Why do I hate Christmas so much? Well, I don’t want to discuss many details but, mostly due to the stress of the holidays. I became more aware of Christmas drama when I was a teenager and now through my adulthood. And when I came to China, I was really looking forward to not having to celebrate and buy gifts for my family. However, I was wrong about Christmas in China. 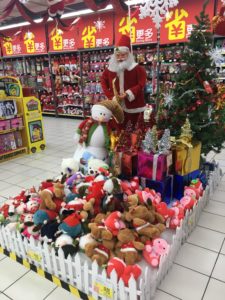 (Christmas decorations at a Carrefour in Shanghai.)

People love to put up decorations and leave them up all year round. It’s one of my nightmares. And I was curious as to why people still have their Christmas decorations on display. When I asked a Chinese friend about it, he said to me, “It’s because people are too lazy to take it down.” I shook my head, trying so hard to understand why. This was like my parent’s Christmas-themed bathroom we had for almost 15 years in my parent’s home. China isn’t a religious country, but people love holidays. It’s mainly a romantic holiday. Such as giving an apple to someone you like on Christmas Eve. (平安夜 píng ān yè, silent night, and 苹果píng guŏ, apple,  both have a common pronunciation “píng”, so it’s almost like a play on words).

Recently I had some friends invite me to holiday events; however, I’m not interested at all. I feel bad about declining, but I am not comfortable celebrating now. Nonetheless, it seems no matter where I go, I have nostalgia about Christmas the moment I see holiday decorations.