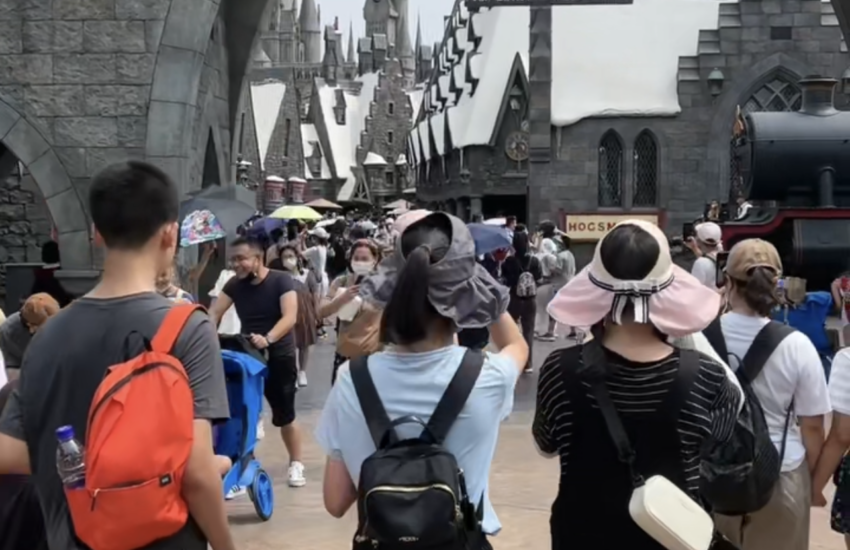 The July heat was high and the children were complaining of boredom. I found myself a few extra days off from work and convinced my husband to take us traveling. With a destination in mind, we booked our high-speed railway tickets, packed our luggage, did a few Covid-tests and set off to Beijing.

The journey was pleasant and once evening arrived, we found ourselves checked into our hotel room with everything having gone quite well. We decided a place to dine in for dinner and discussed our plans for play that would follow out the next day.

Once lights went out in the room that evening, and the alarm on both mine and my husband’s phone was set, sweet dreams of Universal Studios  found their way into sleeping heads.

Bright and early the next morning, our alarm shook us from sleep. I threw on a robe and began to prepare myself for the day. Hair and teeth brushed, face washed, sunscreen applied and clothing decided on, I began to get the kids ready for a quick breakfast before taking the bus to the theme park.

As we sat on the bus, my daughters chatted happily about what they were expecting the park to be like. My husband and I sat by one another, him checking tickets online while i did some simple video editing on my phone. (I play douyin and tiktok).

Upon arrival we prepared our tickets and different forms of identification and got in queue. The line moved quickly, and before too long we found ourselves standing in front of the great rotating globe with big golden lettering reading “Universal Studios” plastered upon it.  I paused and took a photo of my two girls, Ivy and Amelia.

The Wizarding World of Harry Potter was our first stop. People giggled with excitement as they weaved their ways in and out of shops through-out  Diagon Alley. Tail’s of capes from the four different houses, (Ravenclaw, Hufflepuff, Slytherin, Gryffindor) danced playfully  in the wind as their wearers scampered about, wands in hand, discovering the excitements the magical attraction had to present.

My husband and I took the girls on a ride through the Hogwarts Castle where we helped Harry defeat Voldemort, and then we each grabbed a cold Butter Beer from Hogsmeade. We found a shaded place to sit and each of us enjoyed our delicious cold beverages with a nice breeze blowing upon our faces. Side-note- Anyone visiting Universal must try a Butter Beer.

After having decided that our time in the Wizarding World was enough, we decided to head towards Minion street. Along the way I stopped to grab three soft pretzels to share with my husband and girls.

With tummies full we arrived at the Despicable Me ride. The line moved quickly and we were at the front in no time. The girls loved it so much that they insisted on riding it a second time.

After Minions, we went to see the production of Sing. The characters danced onstage while the audience sang along to the songs. Bodies swayed while hands clapped to keep tempo with the music.

After Sing, we stopped for a quick lunch. I enjoyed a coffee and salad while Ivy, Amelia and my husband tucked into some fries and burgers. Over lunch we planned out our time and which exhibit we would see next.

After finishing the meal, we found ourselves in Water World. My husband and I had previously seen this production in California’s Universal Studios, but at that time we hadn’t taken our girls with us. This time we wanted to share the experience with them. The show was fantastic. Water splashed our faces as the jet skies turned their tricks and the heat from the flames had me worrying that I might be leaving the arena with singed eyebrows.

Thankfully when the show ended and we found ourselves in the world of Po,  Kang Fu Panda, my eyebrows were still present. After wandering around Panda Village for some time we decided to head out.

Nearby at the Transformers exhibit BumbleBee stood and posed as people passing by paused to take photos with him. My girls said that the exhibit looked more like a thing for boys and that rather than taking photos with the scary metal being, they would prefer to grab a cold slushie and head back to ride the Minion’s ride once again.

With neon colored slushies in hand, we once again found ourselves in the Minions exhibit.

After the ride the sun was beginning to set and the park was becoming less crowded. We collectively decided that we all would call it a day and agreed to find a place within the park to eat dinner and pass time until our shuttle would arrive to pick us up and take us back to the hotel.

Bubba Gump Shrimp House. I’d had it once in California and a second time in Florida. It’s one of the restaurants that can be found in any of the Universal Studios Theme Parks. As always it didn’t disappoint.

After washing hands and wiping stray crumbs off the corners of our mouths, we went to the Universal’s gift shop. Wands and cute mugs lined many shelves. Recognizable characters stuffed and cuddly asked to be purchased and taken home. Keychains with random initials  hung from hooks along a wall. A few times I had to remind the kids that, “We’ve already spent enough money for the day. Anything you see and like we can later find online for a better price.”

The shuttle us arrived around 7:20 to take us back to our place of residence for that evening. The girls fell asleep on the ride back. As we were to head to Qingdao the next day, we turned in early that evening.

When we asked the girls if they would want to go back, they both excitedly replied that indeed they would both love to visit again. The eldest stating that the Minion ride would be her first choice of stop.

If I were compare the three Universal Theme Parks I have experienced so far, Beijing, Florida and California, I would say that the one in Beijing would have to be my favorite. Its not so much that I found the park itself to be better in Beijing than the parks in Califronia and Florida. All three are special and a person can enjoy visiting any of the three locations.

If opportunity presents itself, be sure to call up your loved ones and head to Beijing Universals to check it out. And while visiting, I highly suggest trying a Butter Beer. 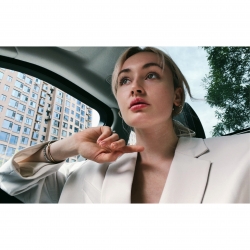