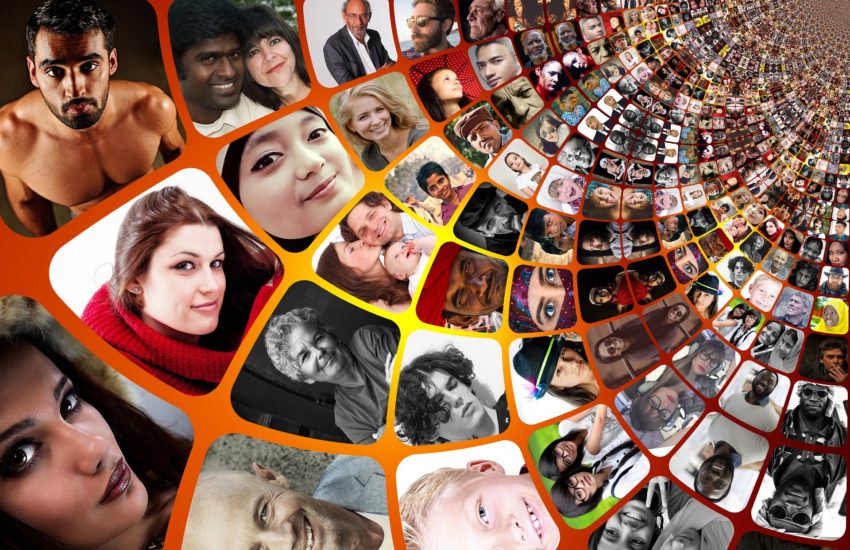 I have met people who declare themselves to have a particular type to which they are attracted. For example, not long ago a female colleague mentioned, “I like dark men,” and a male friend shared in a conversation around our dating histories that, “Yeah, I’ve always dated ‘other’ women, never a ‘white’ American.” As I reflect upon my historical line-up of relationships, I can’t help but spend some time musing upon the mysterious equation of attraction.

When I moved to Asia (Mongolia) in 2015 I was in relationship with the man who would become my third husband. He was the first Asian I had dated, and to be honest, he was the first Asian man I had been attracted to. I would chalk much of that up to having lived in places with a small Asian population (Michigan, Pennsylvania, Idaho, and Colorado). However, having spent 12 years of my life serving in the Armed Forces as a National Guardsman, I did encounter and interact with people of Asian descent, as well as Hispanic, Black, and a host of other ethnicities and nationalities, whenever I was on duty or in training. But to be honest, I had spent much of my life in fairly white locales.

After acclimating to life in Ulaanbaatar, and becoming accustomed to being a minority for the first time in my life, I also began to be able to distinguish the varying facial features among the different Asian nationalities I encountered there. I recognized the surnames of people from Mongolia, China, Korea or Japan, and was able to see how facial structure and features varied depending on the country of one’s origin. This allowed me to step beyond what is known as the “cross-race effect.” This was something I was guilty of (unknowingly), as well as something which I then experienced at my school, where over 80% of the students were of Mongolian heritage. Many students often confused me with another (white) American teacher at our school. We did have similarities — but also a host of differences (or at least I thought so). Yes, as I experienced this, I could see where I had done the same as them.

I also discovered myself finding other Mongolian men attractive. Don’t misread that comment, as I was very much in love with and happy with my partner for whom I had moved there to be with. Leaving my white American world behind, I was immersed in a new place. It was interesting to observe and reflect upon what I found attractive. Some of it was features, some was style, and for others it was mannerisms or how they carried themselves. This had been true in America as well, of course.

Attraction is more complex than the initial physical attributes we see, though it must be acknowledged that we are a world that relies heavily on the sense of sight. Thankfully we move beyond that initial information and expand our experience of others. We listen to the sound of a person’s voice and their cadence, diction, and word choices. Less obvious is our experience of smell — though studies show that it is a huge contributor to attraction (here is one from “Scientific American”). You know, pheromones and all!

My Mongolian spouse, like many Mongolians I met and encountered, could not grow much facial hair. He also had very little body hair, an attribute I learned from Mongolian girlfriends was common among both men and women. I’ll never forget being scolded by my spouse for showering daily in the winter months. He told me it was not good for my skin and that I should allow my natural body oils to protect and moisturize my skin. I couldn’t handle the smell of myself if I skipped more than one day of showering! My spouse, on the other hand, could, in fact, go two weeks without showering and still had no body odor. I was mystified by this difference between us.

I had heard someone comment that, genetically speaking, Mongolians were related to Native Americans, which makes some sense given how the Bering Strait connects Siberia (which Mongolia borders) to North America. In fact a brief search online can connect readers with articles like this one from the “American Journal of Human Genetics.” Both of these hereditary groups are reported to not have much body or facial hair. It was my experience also, while living in Mongolia and receiving underarm and bikini waxing services, that we foreigners were perceived as hairy. I paid extra to have my — what the woman wrote down on the bill as — “lap” waxed, which to an American is simply the very top of the thigh where it meets the groin.

A few years later my life situation changed unexpectedly. Things didn’t work out with my Mongolian husband. We divorced, and I found my next employment contract at a school in Turkey. Gathered with a host of female Mongolian co-workers over lunch one afternoon in the days before I departed Ulaanbaatar, we were discussing my new position and the country to which I would be moving. One of the young women said quite emphatically, “Oh Heather, Turkish men are so hairy!”

Having never met a person from Turkey, I had no notion or idea of what a Turkish person was, or was not. In fact, nothing in my American upbringing or education had taught me a single thing about Turkey, the nation, or Turks, the people of the country. When I arrived in the summer of 2018, Turkey was a blank canvas upon which my experiences and encounters would have opportunity to color.

In my initial days and weeks in İzmir I was overwhelmed by this “land of beards” in which I found myself. Young men here were certainly people who used a plethora of hair products and seemed to invest in a host of manscaping services. I found myself jealous of their incredibly long eyelashes! The gifts of nature are certainly not always gifted to those who wish to have them, based on our modern cultures and societies. 😄

Generally speaking, I found myself blending in among my new neighbors. For the most part Turks have dark hair and dark eyes. I can’t count how many times I have been stopped on the street and asked for directions in Turkish (I was even stopped by Jehovah’s Witnesses in my first week!). Where I had stood out and been stared at in Mongolia, I now blended into the sea of humanity here in Turkey. Well, until I spoke my beginner’s Turkish in response, that is.

But let’s get back to the topic of attraction. I have dated two Turkish men in my three-plus years in country and both of them were/are, as my Mongolian friend had declared that day, “so hairy.” I’ve been seeing the same man since August 2020 and he is practically the opposite of my Mongolian ex when it comes to body and facial hair. To provide a visual of sorts, his chest (and back!) are more like pelts. Think Steve Carell in the “The 40-Year-Old Virgin!”

I can remember being strangely shocked to find myself with such a hairy individual. My mother always professed to be attracted to men with a bountiful splash of chest hair, but my younger sister and I were very much grossed out by the thought. But here I was with a man that had a chest covered in coarse and somewhat long, calico-colored hair. And when I hug him my hands run across the hair on his back. But, mystery of mysteries, I am very much attracted to him, and when we are absent from one another for a long period of time, I miss being able to bury my face in his chest hair. 😏

I suppose in life we acclimate to more than climates and cultures. We acclimate to social expectations and customs, to diets, and to diverse physical attributes and features. Of course I am attracted to so much more than his body hair (or lack thereof). It’s in his walk, the sound of his voice, his smile and uber-long eyelashes. It’s in the way he kisses me, and perhaps most importantly in how he treats me and how he likes me–just as I am.

I think as humans we love to have mysteries in our lives, even though we seem to always try to figure them out. As for the mystery of attraction, it’s an equation I’ve quit trying to solve. Shoot — I only passed Calculus with a D- anyway!

I’ll end with a question for our readers: Looking back at your history of attractions, what do you discover? Would you consider yourself to have a particular type to which you are attracted? Or have you found yourself, like me, acclimating to or being drawn to, a diversity of attributes?