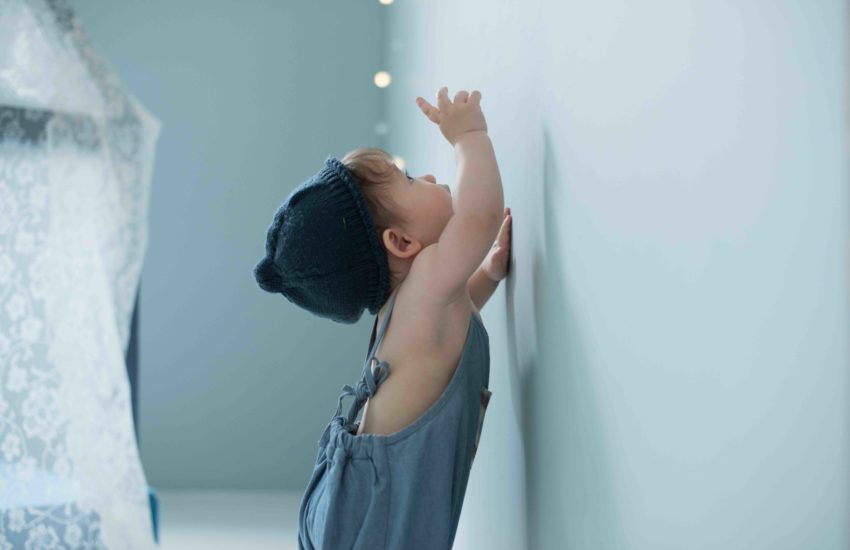 My 18 month-old son is running, talking, growing, and thriving. Full of energy and curiosity, he plays, eats, and chatters from dawn ‘til dusk. Suffice it to say, he’s healthy.

But if you only saw him at the pediatrician’s office, you’d think he was ailing. In all the times I’ve seen the pediatrician in China, I’ve never come away without the doctor finding at least some small problem.

When he was a newborn, I was told his fists were rolled up too tightly, which meant he was nervous and uncomfortable. The next appointment, I was advised to tie his legs in a way to cause him to sleep on his non-favored side, because apparently his head was ever-so-slightly uneven. Not long after I was told he was at risk for having double vision, and the culprit was letting him look up at the ceiling lights at home. Then when he was nearly one year old I was told that I should not allow him to stand because his feet pointed outward. All of these “conditions” either corrected themselves or otherwise completely disappeared not long after they were brought to my attention. Why? Because they were all normal occurrences in infant development that do not even need to be worried about, much less treated.

Besides these benign conditions, there is the matter of the growth charts. My son has fallen between 10 and 25th percentile for height since he was two months old. Growing proportionately and steadily, albeit on the smaller end of the size scale, no pediatrician in my home country would ever show concern for this. But at appointments in China I was routinely probed about whether he was sleeping enough, or drinking enough milk, or eating enough solids. It drove me crazy!

One day at a play date I mentioned my growing frustration to a couple other moms. To my surprise the other moms told me their pediatricians had also labeled their children with various problems—too short, too thin, too heavy, not crawling correctly, not saying enough words, the list goes on. It seemed no one’s child, despite their healthy appearances, had been deemed good enough.

It really made me wonder, why is it this way? These are my best guesses:

A pediatrician in a Chinese public hospital may see upwards of 100 children on a typical weekday. That means each child only gets a couple of minutes of the doctor’s time. Perhaps they truly do not have time to really consider a child’s total wellbeing, and instead only mention anything even remotely out of the ordinary.

China is famous for emphasizing number-based evaluation. Schoolchildren are ranked within their classes by test scores, and high school students dread taking the Gao Kao Test, the score of which is the most important factor for college admissions.

As I’ve discovered, this type of evaluation starts even earlier. Once I was even asked to complete a survey at the pediatrician’s office detailing my son’s current physical and mental skills, the result of which was a score on a 0-100 grade scale. I certainly didn’t expect to be worrying about grades this early!

For more than 30 years, parents of only children in China under the One Child Policy have faced immense pressure to raise their child to be perfect. Any deviation could dash their child’s chance to succeed in a competitive society, and parents would not get another chance with another child. Although China ended the One-Child Policy in 2015, I believe it has still maintained lasting effects on Chinese childrearing culture. While of course every parent worldwide worries their child may have problems, it seems like this worry has continued to be particularly inflated in China. In this way, perhaps my pediatrician is just behaving normally within the Chinese cultural framework, and helpfully alerting me to any possible issues, no matter how small.

Have you noticed any major differences between seeing a pediatrician in your home country and in China (or other countries)? If so, why do you think that is?