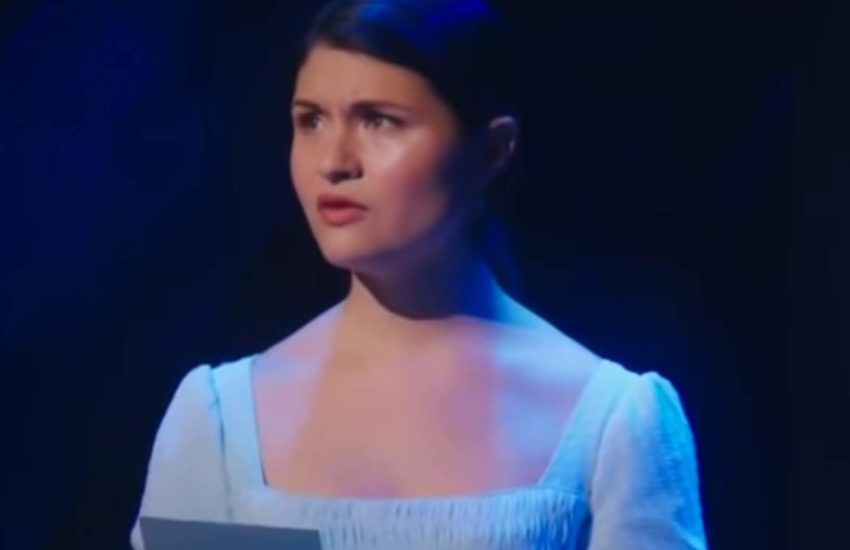 Call me “Helpless”, but after watching the live-stage performance of the musical “Hamilton”, I simply had to write about Phillipa Soo, who originated the role of Eliza Hamilton and also happens to have a Chinese American father and a European American mother.

In an interview a in 2015 with the Hollywood Reporter, Soo spoke about her family and how they looked upon her decision to pursue a career in the field of performing arts:

In terms of my own experience, my dad is first-generation, so his parents were from China, and my mom was born and raised in southern Illinois, and she was involved in the arts. My dad’s a doctor. I was very much always encouraged, but the mentality of “get your education” was still there.

But of course, from his experience, he was like, “I kind of want you to do what you want to do, but remember, there’s a legacy here, and you have a lot to live up to. Don’t forget that.” I think he just wanted me to do the best at whatever I wanted to do, so whether it was in the arts or the sciences, to be well-rounded and to have an amazing time doing it, but also to just educate yourself and if you’re going to be a performer, be the best performer that you can be. I think that still lives on in me and will be something I pass onto my own children. I think there’s something beautiful about that.

Soo also reveals in the interview that audiences didn’t really think of her as an Asian American actor until her debut in “Hamilton”, which features colorblind casting that she believes Hollywood could stand to learn from:

Hamilton just asks us all to go a little bit deeper: whether you’re a hip-hop fan seeing musical theater for the first time, or if you were thinking you were gonna see some reprise of 1776, and now it’s this? And you’re thinking, ‘Wait a minute, these people aren’t white!’ It asks you just take a step and go a little deeper.

Meanwhile, Phillipa Soo made headlines recently over an adorable viral video that renewed conversations on the importance of representation in the media, as reported by the Los Angeles Times:

Actress Phillipa Soo, who is Chinese American, recently shared a heartwarming video of a young Asian girl declaring, “It’s me!” while watching Soo perform as Eliza Schuyler in Disney+’s movie adaptation of the hit musical.

“Little Jenna here is exactly why #representationmatters,” Soo wrote on Sunday night, thanking publicist Britney Thai for sharing the sweet clip. “I am so grateful for this show, that so many young people can watch this show and say ‘It’s me.’”

Now, don’t “throw away your shot” to watch Phillipa Soo in action on the live-stage performance of “Hamilton” — you’ll be glad you did, along with the rest of the outstanding original Broadway cast of the musical.