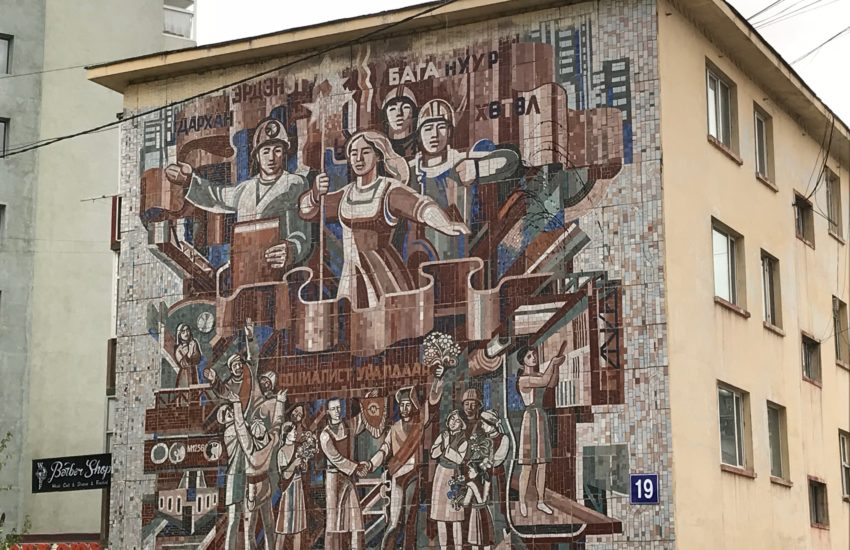 I took the circuitous route to becoming an educator. That said, it is work that I enjoy doing, surrounded by learning and building relationships with adolescents and teens. I’m both certified as a librarian (K-12) and as a language arts teacher (7-12)  which gives me options. I didn’t set out on a path in college to have these qualifications or credentials. But sitting where I do now I feel fortunate to have ended up in a career field that has opportunities both at home in the U.S. as well as around the globe. The field of international education is growing exponentially with over 8,000 international schools now and a prediction that the number will double in the next 10 years. I moved to Mongolia for love. Thankfully my qualifications made it easy to find viable employment. I was hired months before I arrived and have worked at an international school in Ulaanbaatar for three years.

My soon-to-be-ex-husband (Mongolian) has yet to be gainfully employed on any regular basis. When we met he was a tour operator for fishermen. This is seasonal work with the legal fishing season running from June 15 to October 15, and each of the last three summers he’s had decreasing numbers of tourists. I’m not aware of any clients last summer. But even with a full summer schedule there were many months he did nothing. This became one of the problems in our marriage, but that’s a post for another day. What bothered me the most was his ability to prod or encourage me to work MORE jobs. He was always saying I could offer conversational English classes to families of his friends, or tutor private students, or ________(fill in the blank).

I finally had to say, “I have one good paying job. I don’t want MORE jobs.” Honestly, it made me mad. Why should I work MORE than 40 hours a week when he was working NONE?!? When I’d ask why he pushed me to do this he replied with a, “Well, you have good qualified skills.” I do not disagree with that statement. There are a number of freelance jobs I COULD do in addition to my full-time job. But one is a enough. And I wanted to also say, Then go out there and get yourself some qualifications or credentials! Doing two years of university in Germany and then dropping out to “live life” sounds good in theory, but it ended up putting him in the hole. Beyond the lack of a steady or reliable income, his inability to manage money and save for future needs (and refusal to learn how) ended up being a huge contributor to the demise of our love affair.

I began to look out around me at Mongolians in the workforce and also spoke with others about their observations. In the city of Ulaanbaatar, which holds nearly half of the overall Mongolian population, there is a reverse gender gap in both education and the workforce. I recall my husband telling me in that first year of living with him that mostly women went to university and worked harder and faster to learn additional languages while the men defaulted to being taxi drivers (anyone that has a car can be a taxi driver in UB!) or laborers.

Here is a list of recent news articles that discuss the various tensions around men and women in Mongolia in regards to work and education, as well as recent findings around domestic violence, all of which seem entangled with one another:

It is my opinion that Mongolia is suffering from significant growing pains. The Soviets left in 1990 and the vacuum they left behind has had unintended consequences for this developing nation and its people. Many love the idea of freedom, but are also nostalgic for the “socialist period” when everything was provided for them. Women are getting an education and working hard, but have little equity and support at home with the children and running of the household. There are very few factories and industries offering the number of jobs needed for the nomads that have migrated to Ulaanbaatar. Nepotism and corruption are rampant within the government and many corporations. Mongolia is a beautiful land, rich in natural and historic treasures, but it needs strong and ethical leaders to ease its growing pains and transition it more successfully into the future.

I want to end by saying that while I learned about communism and socialism in my history classes throughout high school and university, it is something else entirely to live in a country that spent so many years under that type of government and economy. I have learned much, and I know that every system has its advantages and disadvantages. I wish Mongolia all the best now and in the future with holding on to its rich history and natural wealth (and beauty!), as well as its nomadic roots, as it continues to progress and grow in this 21st century. There is nothing quite like the view of a nomadic herder boy, maybe 11 years old, rounding up his herd of sheep and goats on horseback while talking on his cell phone.