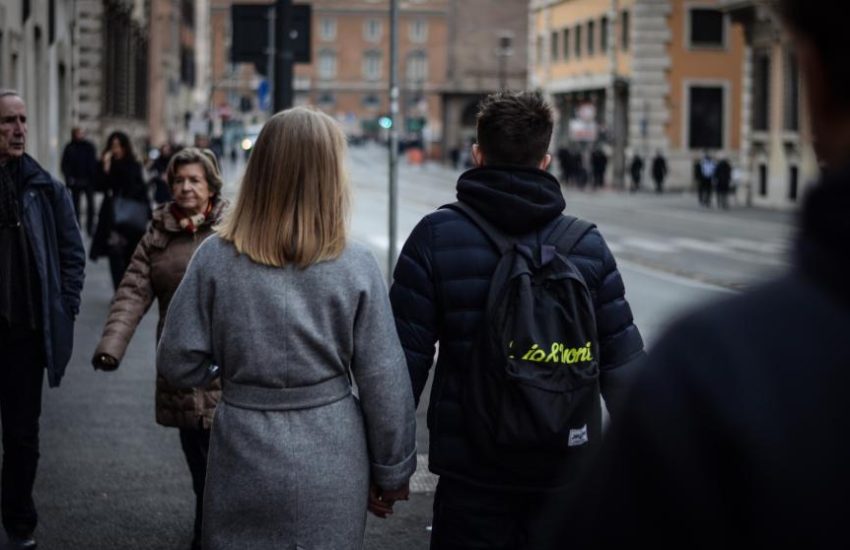 I’m in my 40’s, single and living in Shenzhen. I’ve thought about dating local guys for a while now, but all of the single men are SO YOUNG! I had never really thought about dating younger Chinese men before. But when I meet guys my age they are already married so I’ve just given up entirely.

A boy I met in a language exchange group recently confessed his feelings for me. He’s 28, fifteen years younger than me, but I enjoy talking with him and we get along great. Age doesn’t really seem a problem so far. I’m looking for something serious though, not just a fling. He says he is too, but I’m worried about the age difference. Is this gonna be a problem? Should I turn him down?

Due to the huge pressure placed on young Chinese people to get married before they are “too old” at 30, I totally feel ya. Divorces aren’t common so the dating scene is filled with fine young thangs, but dating a guy the same age as your childhood friend’s kid is just weird….

That being said I’m a big fan of the saying “age is just a number.” Also, so many old white guys end up with young Chinese girls as wives, so shouldn’t we also be dating younger Chinese men?! Don’t be embarrassed or feel shy. Break not only the WWAM stereotype, but the age one as well. If you get along, go for it and don’t be apologetic about it. Be proud of your relationship!

The only thing that gives me pause is you saying you are looking for something serious. How serious? I assume at least a long-term relationship or possibly marriage? This is where Chinese culture is gonna get tricky.

He’s 28, so he probably has a lot of marriage pressure already. He’ll “need” to get married within two years so if you want a long-term thing with him, you need to consider marriage.

The only thing is his family. They will need to “approve” you before allowing him to marry you and that’s where I see the biggest problem. Foreign women already face a lot of hurdles in getting their partners parents’ approval, but the age gap just might be a deal-breaker.

Even if he was dating a Chinese woman your age the age difference would be a problem. Chinese parents think their precious boys should marry someone young and beautiful (completely ignoring the fact that age and beauty are the only things that are guaranteed to change.) They also think that by the age of 30, women’s ovaries are basically dried up husks unable to give them grand babies, so a woman in her 40’s is unthinkable.

Both of these thoughts are, of course, completely misguided, but they are still very strong in the older generation and might be an insurmountable problem.

Before you try something with this guy, talk about this with him. It’s definitely something he has thought a lot about, and he still confessed his feelings, so maybe his parents are more relaxed or don’t give him pressure. Or maybe, his feeling for you overrode his common sense and he confessed his desire without thinking it through.

That’s why you need to have a serious conversation about this. Don’t let him get away with a simple, “Oh, don’t worry about it” answer. Really press him. Because if his parents don’t approve of the age difference the relationship is doomed from the start and it’s better to know in the beginning.

But, if you’re planning on only being in China for a year or so, and want a steady relationship but nothing long-term, go for it! Don’t let age stop you.

Are you dating younger Chinese men? Share your experience in our comments section! Do you have a question for Ms. Wai about dating Chinese guys? Email her at [email protected]