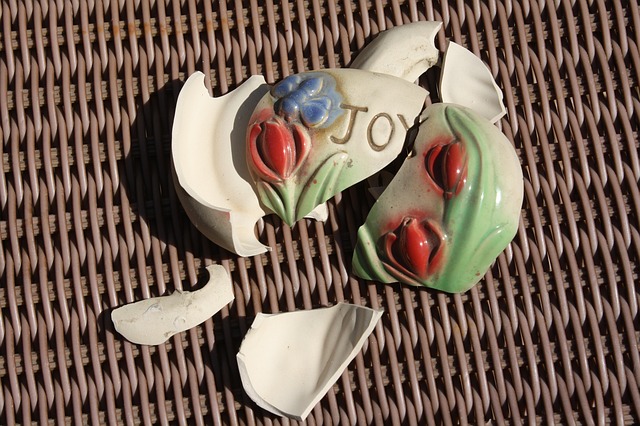 Let me begin this post by saying this: Don’t worry, Mr Li and I aren’t getting divorced. We are 2 years into being legally married and haven’t killed each other yet; that’s a pretty good run in my books. However, inevitably, at some point in life come the divorces. Now, I am not going to quote any statistics here, since I have found the data to be incredibly misleading; often cited 40 – 50% divorce rates for my home countries are utter bullocks. However, the fact is not all of our marriages withstand the test of time. When the point does come to draw a line (in the dust in our case), cross-cultural couples, particularily WWAMs (Western Women, Asian Men) or AMWF couples, tend to face a number of issues that same nationality partners are probably less prone to encountering.

Nowadays in China an often bemoaned issue is the fact that many youngsters get married incredibly quickly, often getting engaged just months after their first date and tying the knot within the first year of dating, only to end up divorced a year or two later. From what I can tell, many WWAM couples also tend to move at a slightly faster pace than peers in their home countries. I believe this is down to how Chinese and Western men date. In general, the latter usually like to take their sweet, sweet time and moving into a shared flat is often seen as a huge step. Getting married might happen in five to seven years, and purchasing joint property is not necessarily a must (or even financially possible). The former on the other hand in a majority of cases “date to marry” and so you might find yourself engaged, married, buying a house and having lots of cute little mixed babies in a fraction of that time. This means that if after a year or two of marriage divorce is on the cards, untangling your union will be a lot more complex than for your peers back home (who in many cases haven’t even married yet).

So, you have decided to call it quits and are ready to close this current chapter in your life. Divorces are messy in any instance, but they become so much more complicated when there is a layer of culture overshadowing the deed. In China in particular, the concept of shared custody is a relatively uncommon one that has yet to reach the masses. Traditionally, when a family divorces the child will follow one of their parents and often completely cut off contact with the other. Surprisingly, a widespread approach is for the mother to desert her child in these circumstances, as her chances of finding a new husband are much slimmer if she brings a child into the mix. On the other hand, if the mother does decide to take the child with her, especially if it is a son, the fathers’ family might demand the child be “returned” to them once the mother remarries and has another child. After all, they would not want to risk the well-being of their heir.

It is therefore quite possible as a Westerner that one needs to introduce the concept of shared custody to one’s soon to be ex-partner and his parents, if this is the option one decides to go with. This is added stress, made worse by the uncertainty of whether the family will stick to their end of the bargain. As a foreigner, the courts will almost certainly not be in your favour in the event of an ensuing conflict.

Divorce me, divorce my family

A much discussed topic on cross-cultural blogs is the fact that any Westerner marrying a Chinese will have to cope with marrying their family too. While back home the involvement of parents in one’s private life tends, on average, to be of a more subtle nature, in China your in-laws will definitely be a huge part of your life, whether it’s spending your honey moon with them, MIL moving in to take care of your child or just general advice on how to live your life from the length of your socks to the choice of your child’s university. When it comes to divorcing your Chinese partner, this also means you will have to deal with your in-laws being very present throughout that whole process. Don’t think for a moment that you are two adults who can sort this out between yourselves. This is a family matter and most likely grandma will give you her opinion on your reasons for divorce and what should happen with your child.

Locality – Where To Now?

Where do you go as a foreign woman in China standing in front of the shambles of her marriage? When I think about this scenario I very strongly feel that a divorce from Mr Li for me would also equate to a divorce from China. In order to get over it and start my new life, I would certainly feel the need to move to a different country, if not even move back to the country I grew up in. However, this becomes quite difficult for foreign women who have had a child with an Asian man. Particularly since in our culture the idea of not depriving the child of their other parent is quite ingrained, in case of divorce in a cross-cultural family the question of which country to live in becomes a big issue.

If you are based in your home country as the mum, your husband is forced to abandon his home country if he wants to stay in his children’s lives. This is a difficult choice for Chinese men, who are generally expected to return home to take care of the parents.

The other option is to live in China, but as a single foreign mum, that is not necessarily an appealing idea. Especially in light of the fact that single mums are still commonly frowned upon by some parts of Chinese society, I tip my hat to those mums out there doing it!

Legal Issues – Kidnapping Your Own Child

The question of locality though is not merely an emotional one but rather can hold serious legal consequences.

If you do decide you want to go home, you are effectively deciding to deprive your husband of their child. More importantly, chances are that the Chinese family-in-law might not let you leave, and since you need the father’s signed statement allowing you to take the child out of the country this can become a huge issue. In which case you are pretty much forced to become a kidnapper of your own child and your only option is to not admit to your husband you want a divorce but rather mask your escape as a trip to visit your family back home. Susan Blumberg-Kason, author of Good Chinese Wife, faced a similar situation even within the United States, having to flee to the state of California, where divorce laws were favourable, before announcing her intent.

There are other legal issues surrounding intercultural marriage. Especially if you got your marriage certificate in China your marriage and possible divorce will be subject to Chinese divorce law. The legal situation for women wishing to divorce in China has become quite frankly appalling in recent years. While in the past couples’ possessions would be split 50/50, the new divorce law states that where real estate is concerned, the person whose name is on the deed gets to keep the property. In China, a patriarchal culture paired with a strong desire for face, it is still the norm that the man’s name is the sole one on the deed, irrespective of how much money his wife put towards it initial purchase (see Leta Hong Fincher’s Leftover Women for more info). It’s the reason many a Chinese woman decides to rather stay in the unhappy marriage; a divorce would not just bring emotional torment, loss of face and possibly exclusion from one’s social circle, it could mean actual financial ruin. Having a foreigner on the property deed is even more of a legal headache and so in many cases, they decide not to be included. As a result, if a local husband decides to be an arse about the divorce, as a Western woman you are fairly certain to walk out of the marriage broke and broken.

While it is probably a human trait that most of us will feel like a failure if their marriage ends in divorce, I do believe that Western women in particular might feel an extra layer of shame because of their rather “special status”. WWAM or AMWF pairings are still fairly unconventional, and so I believe that on some level many of us feel like we are proving to the world that Asian men are dating and marriage material and that cross-cultural marriages can work. A divorce almost ends up as an affirmation that we just don’t fit and the immediate conclusion seems to be that the different status of women in our respective cultures is to blame. I do feel a certain defensiveness when Western people think of Chinese men as undateable and the idea that a divorce would reinforce their preconceptions is a source of personal discomfort and distress. Of course in the end, I like to believe that I would not choose to stay in an unhappy marriage just to prove a point but let’s cross that bridge if and when we come to it.

What has your experience been? Are there any issues I have forgotten? Feel free to add!