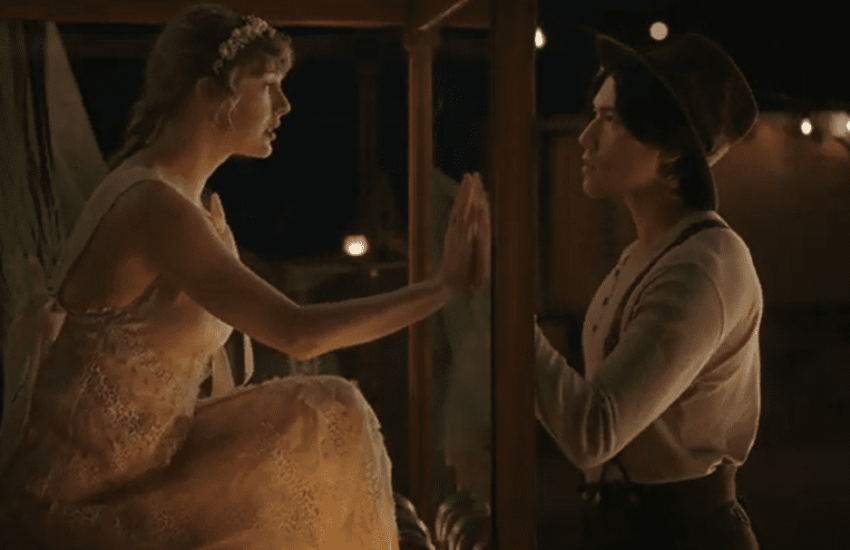 Taylor Swift fans have grown restless this fall as they await the October release of her forthcoming album “Midnight”. That makes this a perfect time to put Swift in the spotlight, through a music video of hers that cast a spell around the world (and here at WWAM BAM): “Willow”.

The video, dressed largely in a “prairie chic” reminiscent of a Laura Ingalls Wilder novel, follows Swift on an ethereal journey through a rabbit hole, enchanted forests, a carnival fair, a witch gathering, and cozy log cabins, as she traces a magical golden thread leading her straight to “the one”. The soft and subdued lighting — whether from candles, fireplaces, strings of lights, mystical orbs, or the golden thread itself — lends an intimate, crepuscular atmosphere to the video that fits the acoustic folk-infused sound of the love ballad. If only our dreams could be this beautiful.

But at WWAM BAM, we are also enchanted by Swift’s handsome co-star in the video: Taeok Lee, a Korean American man who, in fact, has history with the singer.

When the video first dropped, fans soon started asking — just who is the Asian guy opposite Swift? Turns out, he was a backup dancer for Swift during her “Red” tour back in 2013.

Lee’s appearance, which came during a year that saw the rise of anti-Asian hate, breaks with the largely monotonous parade of white boy-next-door types cast as Swift’s boyfriends in past videos. As the fairytale “tall, dark and handsome” beau, Lee isn’t just a refreshing presence — he also delivers in the role. Swift looks so breathless before Lee and his penetrating gaze that whenever she croons “that’s my man,” you can’t help but believe she’s singing about him. Given that Swift wields such a commanding influence in the music industry — and beyond — we hope “Willow” will encourage others to make more courageous and inclusive casting decisions.

If you want to experience the onscreen magic of Taylor Swift and Taeok Lee in the video “Willow”, watch it on Youtube now:

You can also watch “Willow” on Bilibili.