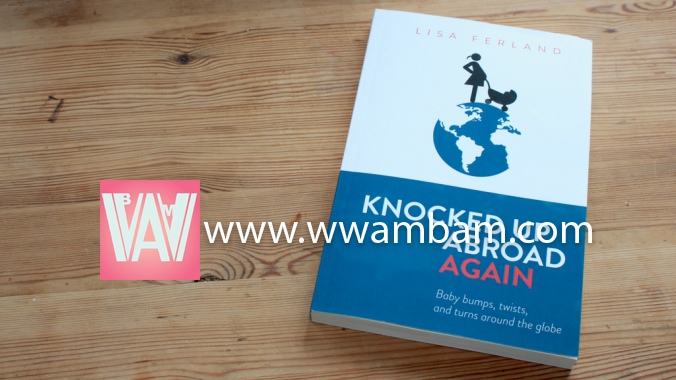 I’ve never been pregnant. But that hasn’t stopped Chinese family and friends from telling me it’s more than past my time to get on board. In fact, just the other day a close Chinese friend was asking me when I’m finally going to have that “cute little mixed-blood baby”.

But I don’t need to imagine what it might be like if I were actually pregnant in Asia. That’s because I just picked up Knocked Up Abroad Again, a new anthology edited by Lisa Ferland that considers the experience of expecting or raising children in another country through the eyes of 26 different writers.

And guess what? Those writers include some fantastic Western women who are living in Asia and also married to Asian men.

Here are two essays on pregnancy in Asia that you absolutely must read in Knocked Up Abroad Again:

#1: “Birth Control, Birth, and the Need for Translation” by Melissa Uchiyama

Whoever imagined that you needed to “do homework” before getting your birth control? Or that the pill you really wanted just isn’t available? Melissa Uchiyama, an American woman married to a Japanese man, encounters some serious culture shock in contraception – and later, birthing – in Japan:

Forget the popular commercials with women talking about the ring or their miracle pill which also cleared up their skin. Here in Japan, they do not exist. Rather, there is one nearly industrial-strength pill, in the kind of rough, beige hard plastic I would sooner associate with a thick-ankled, compression hose-wearing gym teacher from the 1960s, who delivers the birds and the bees speech with as much delicacy as a bomb.

Her essay also kicks off Knocked Up Abroad Again, and it’s one of the finest in the collection.

#2: “How to Prepare for a Baby in China” by Charlotte Edwards Zhang

Baby preparations for Charlotte Edwards Zhang, an American married to a Chinese man, began with shopping for a bed. A mother and baby bed (mu zi chuang), that is, even though Charlotte wasn’t even pregnant yet:

Yes, he already assumed that we were having a baby in our first year of marriage. I argued that the baby would sleep in a crib, but either I wasn’t forceful enough in my explanation or he wasn’t listening. One four-hour shopping trip later, we had a brand new bed on order.

Charlotte is frugal by nature, but soon discovers that a number of her baby must-haves (such as a crib and a bouncy chair) are considered unessential by her Chinese family. Ouch. But as she learns to let go of her expectations, so does her family – with some surprising twists in the end. As Charlotte wrote, “I’ve learned a lot about contentment, and that it is truly possible to raise a child with little more than food, clothing, shelter, and love.”

Have you read Knocked Up Abroad Again? What essays would you recommend?