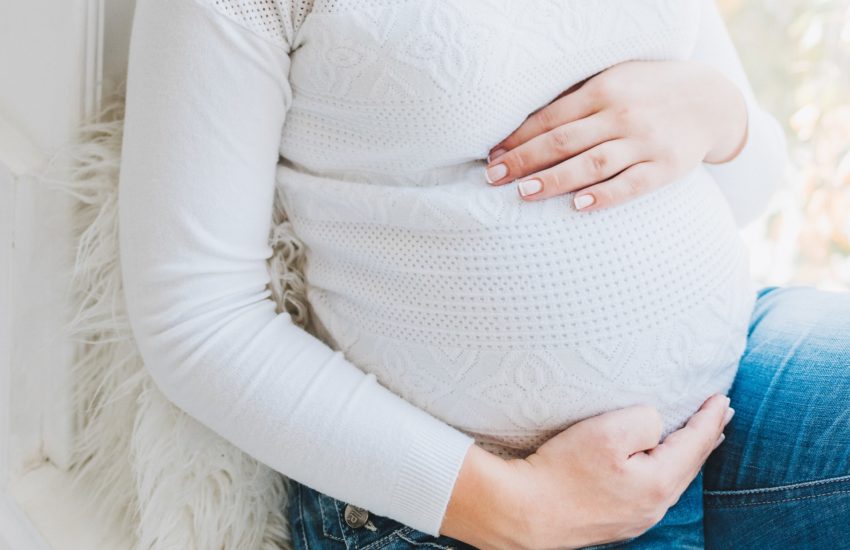 Having your first baby is a paradigm shift for any couple. A mixture of excitement and nerves well up inside you both as you wait the long 40 weeks to meet your little bundle of joy. You wonder what he or she will look like, what his or her temperament might be, and ultimately whether or not you have what it takes to be a decent parent. Add into this anticipation the fact that you and your spouse come from completely different upbringings, and in my case completely different countries, and it is quite the ride!

My husband is from a small village in Mainland China while I was born and raised in New York, where he eventually came for graduate school. I had the great pleasure of spending a few years living in China before he and I crossed paths at an international student fellowship hosted by members of my church in NY at the time. The night we met, we were celebrating Chinese New Year with the traditional dumpling-making. Between his gentle demeanor, wise comments during our discussion time, and incredible ability to whip up a batch of equally sized dumpling wrappers from scratch with nothing but his instinctive eye for measurements, I was drawn to him. Fast forward a few years and we are now married, living in the US, and expecting our first child next month!

As my husband and I were first getting to know each other, of course, our differences came up frequently. We loved hearing about each other’s upbringings, he the country boy and I the city girl (though I was in denial about how much of a city girl I truly was), and spent many hours in conversation comparing our two seemingly opposite cultures. Yet, what I think surprised us the most was despite these stark contrasts we actually had a great deal in common where it really counts – our values. We had both been raised Christian, albeit in different settings, and both had similar ideas on what was important in work, recreation, relationships, and even child-rearing (we both dove into the relationship on quite a serious note, so even in the beginning had no problem talking about things like marriage and family). The things we did disagree about were often not cultural problems, but just normal conflict faced when two humans try to merge their worlds and ideas about how life should be.

All that being said, there are still things that come up, particularly since we’ve become pregnant, where the cultural differences do pop out at us. The first thing that usually comes to mind when I think of laying these differences out is probably the most humorous for me. My husband and his family believe that feeling cold or ingesting anything cold is the source of all evil (pregnant or not, but especially followed strictly during pregnancy).

Contrast this with the American notion that typical pregnant women ought to be fed gallons of ice cream to satisfy their cravings and you’re left wondering how anyone has possibly survived this long. My husband has expressed pure horror when our birthing class videos show women in labor being fed ice chips or popsicles, as if these women are being tortured in some way.

I will say I have come to thoroughly enjoy drinking hot water as opposed to cold. I find it soothing and feel that it does help my digestion and overall well being. But there are also times where I just want to eat my ice cream in peace without being told of the negative consequences my indulgence is causing! My husband is probably more lax about this than his parents, but still, it is deeply ingrained in him that this is best for our health and so I do my best to follow suit.

There are much more superstitious Chinese families that have stricter pregnancy rules and beliefs about how a woman’s behavior during pregnancy will affect the personality of her baby or even cause terrible birth defects. I feel fortunate that our family does not fall into that category. I can live without ice cream, but I’m not sure I could force myself to be quiet during labor to avoid attracting evil spirits.

One thing, though, that came up that actually did surprise me was the great satisfaction my in-laws felt when they found out we’d be having a son. My husband has two older sisters, a rarity in China, and they were not ever seen as “less than” because of their gender. His parents always treated their children equally and with great love and respect. Even so, I guess some traditional ways of thinking are hard to shake off. Even my husband admitted that finding out we were having a boy felt a lot like passing an exam in his mind. Of course, there would have been joy and celebration either way, but it was very obvious that this felt like the better of the two options for our first child.

There likely will continue to be new things along these same lines that arise and need careful navigating as we raise our son. For example, we’ve already faced some resistance from the Chinese side about putting a baby less than one year old on a plane, while we’ve faced resistance from the American side about what items belong on a baby registry (which, on its own, is a foreign concept to our Chinese side).

Our Chinese parents feel that our parents ought to come and stay with us as long as possible both before and after the birth to help, while most Americans feel this length of time would be an invasion of privacy. New American mothers are usually ready to get back to their routine as soon as they can, while new Chinese mothers are expected to sit in bed for at least a month after the baby is born while others take care of her (I’m on board with this one!).

At the end of the day, none of these are keeping us up at night agonizing over who is right or wrong. I still believe that our faith, our deep similarities in value, and yes, sometimes our compromises, are bringing a beauty and grace to the whole experience that makes us view the differences more lightly, even with a sense of humor. They certainly make our relationship interesting and, to use a Chinese phrase, more colorful.

Knowing myself, I probably will face a certain amount of anxiety and fear of being judged for my Western ways when we visit China and my husband may feel a similar awkwardness when facing my American family’s assumptions. We will need to keep reminding ourselves that this is our new little family unit and we should make the decisions on what is best one at a time, as a team. I hope that we can always keep an open mind and the ability to laugh off the criticisms!

As a “PS” of sorts, I’d also add that reading about parenting techniques and ideals from all around the world has been a tremendous eye-opening and inspiring aid in my preparations for parenting in two cultures (really, for parenting in general). Even after spending half of my life as a nanny, in the last eight months I have come to let go of many things I once assumed were the “right way” and instead am embracing little pieces of various countries’ practices for raising good humans and patchworking them into our own method.

A few books I’d highly recommend are Parenting Without Borders by Christine Gross-Loh, How Eskimos Keep Their Babies Warm by Mei-Ling Hopgood, and Battle Hymn of the Tiger Mom by Amy Chua.