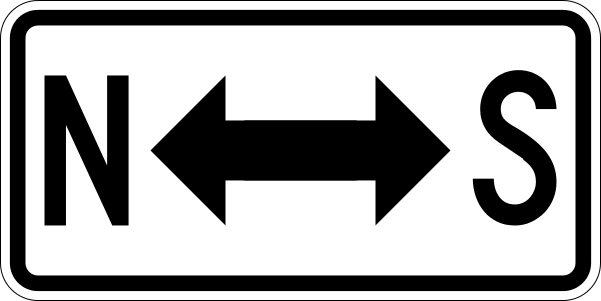 They say location is everything, and that’s definitely true in China, a large and very diverse country that includes the frigid climes of the northeast bordering Siberia right down to the warmer, more tropical provinces on the South China Sea. But what are some differences between North and South China? Four WWAMs who have actually lived in northern and southern cities in China, including myself, open up about what changes when you leave behind one latitude for another.

I’m a northern girl, I’m from the north in the US and I’ve only ever thrived in the north of China, until now. Recently I’ve moved to the province of Guangdong, one of China’s most southern places. It’s tropical, fragrant, and most of all, very very hot.

When I first arrived in the middle of summer, I always felt heavy and exhausted. It was hard to remember to drinks lots of water. There were some pleasant surprises however. For example, it was nice to have plenty of non-spicy foods available. Also the pace of life feels slower and more relaxed than in places I’ve lived in the north. There is a second evening meal called shaoye, where people eat and chat with their friends into the night. Local people are much more open to things like drinking cold water and not wearing socks. I even discovered that some water machines come with an actual cold water function!

Overall, I find the people in Guangdong to be the nicest that I’ve met in all of China. As a foreigner I am used to grandmas giving me the once over and school kids shouting out obnoxious hellos. Here I receive many more smiles and waves than anywhere else.

I’ve only just arrived, so these are just the first things I’ve noticed. I really like it here though and I plan to stay here for a long time.

In China, I’ve lived the southern life for years, residing in the Hangzhou region my husband calls home. But recently I’ve moved from Hangzhou to China’s great northern capital of Beijing. Sure, I’m looking forward to enjoying a fully heated apartment in the winter, something you don’t often have in Hangzhou (where it’s common for people to wear their coats even indoors during the coldest months). But I’d like to share some of the differences I’ve experienced that you might not necessarily expect.

If you follow my blog, you probably know my husband and I drove up to Beijing. One pleasant reality we discovered in the city – they allow free street parking on designated parking spots, something increasingly difficult to find in Hangzhou. However, Hangzhou beats Beijing hands down when it comes to green buses. The vast majority of buses in Hangzhou are either electric or powered by natural gas, but I’ve yet to see even one example of this green public transport on the streets of Beijing.

Our eating habits have also changed since moving up here. Back in Hangzhou we bought our vegetables from the community fresh market and cooked exclusively at home. But here in Beijing, my employer has a cafeteria that serves up breakfast, lunch and dinner, and there are several super-affordable cafeterias just across the street at the university. All of them serve up some of the most mouth-watering cafeteria food I’ve ever tasted, and because the price (and flavor) is right, we’ve cooked maybe a handful of meals at home. Does Beijing have more of a “cafeteria culture” than Hangzhou, thanks to its wealth of state and government-owned institutions that also provide food service? I don’t know, but I’m loving the experience of leaving the cooking to someone else for a change!

Laura Nutchey-Feng of Our Chinese Wedding

It’s all about size
When international brands come to China, you can be sure that a majority of them will conduct market research and then localize their product based on their observations. However, with China being the massive and diverse country it is, there is a surprising strategy for some companies to localize even further by splitting the country between North and South.

An international company producing cleaning products explained that they discovered quite a considerable difference between shopping behaviors of Northerners and Southerners. The stereotype in China tends to be that Southerners are much tighter with their money and don’t want to spend unnecessarily, while Northerners are much more “chaobuduo” about it. It seems there is at least a tiny little rice grain of truth in this, as their research confirmed that Southerners prefer buying smaller amounts of any item, while Northerners love bulk buying. As a result the company has been producing different product sizes for the two regions.

While the closest I ever got to Shanghai was Nanjing, I have been lucky enough to speak to a number of expats who moved up from the financial center of China. Beijing and Shanghai have a bit of a rivalry going on as China’s largest cities, with Shanghai being the flashy, fashionable Westernized financial hub and Beijing often perceived as on the one hand the center of government and therefore more conservative, controlled and rigid, while at the same time being home to an impressive underground music and artists’ scene. Here are some impressions that my former Shanghainese friends shared (of course these are quite general ideas, and don’t apply to every individual).

They felt that Shanghainese tend to be quite in your face, noisy, fashionable and excited about all things Western, whereas Beijingers seemed to them to have a calmer more composed approach and were not that interested in chasing after an “international” or “Western” lifestyle.

Another observation was that Shanghai is more Western in that the creative scene and foreign restaurants mostly tend to be run by Westerners, while internationally minded Shanghainese are eager to go there and partake. In Beijing on the other hand, they felt there was a much more creative local scene and artistic, non-mainstream, underground local artists.

In terms of foreigners, the general idea seemed to be that foreigners in Beijing are here for the “real China experience”; many live in the Hutongs, they speak or try learning Chinese and are keen to make local friends. More commonly, they stay for longer periods of time. Shanghai being more international, it’s comparatively common for people there having being sent for a maximum of 2 years by their companies, and as a result they might be less interested in learning Chinese, and prefer partying it up with their Western posse before moving on to the next international glamorous city. The way one friend described it was, you will encounter many foreigners in Shanghai that feel they’re here to educate the Chinese in the civilized way of life and look down upon locals for certain behaviors.

However, Shanghai can also be a good way to get that first taste of China without it being too “local”, and many international people from Shanghai who liked that first impression might go on to move to Beijing, whereas the other way round tends to be the case much less frequently.

You have decided to move from Beijing to Suzhou, which is over the southern border. Your Chinese Beijing friends try to persuade you to stay and give their reasons basically equating to “southerners are selfish and stingy”. You ignore their pleas as your mother has warned you against wide sweeping statements and surely that is the perfect example of one. Suzhou and Hangzhou are known as China’s ‘little Venice’ or ‘heaven on earth’ after all. All your belongings were packed onto the postal train two days earlier and you now board your sleeping carriage. When you bought your tickets all the bottom and middle bunks were sold out so you bought top bunks. It will be easy to find someone to swap for a bottom bunk when they see you have a barely 3-month-old baby. Or so you thought. It turns out that a tour group are heading back to their homes in Suzhou and they booked up all the lower beds in the four surrounding train carriages. Perfect time to test the statement “southerners are selfish and stingy”. Do you think one of these 88 southerners will let you have a bottom bunk or failing that, will one of the 88 middle bunk southerners be kind enough to offer a swap?

A: Yes of course, that makes 176 people. One of them will swap for a baby.

B: No, your Chinese friends in Beijing are right. Southerners are selfish and stingy.

C: One older lady with a bottom bunk will storm up and down the passage persuading her fellow travel companions to not help the foreign lady. Meanwhile a man in his twenties “kindly” gives up what you believe to be his bed and you start to make the move. However, don’t get too comfortable because you will soon find the older lady has returned back up the carriages and is horrified to find that her son gave you her bed! Back to square one.

What are some differences between North and South China you’ve experienced or heard about?