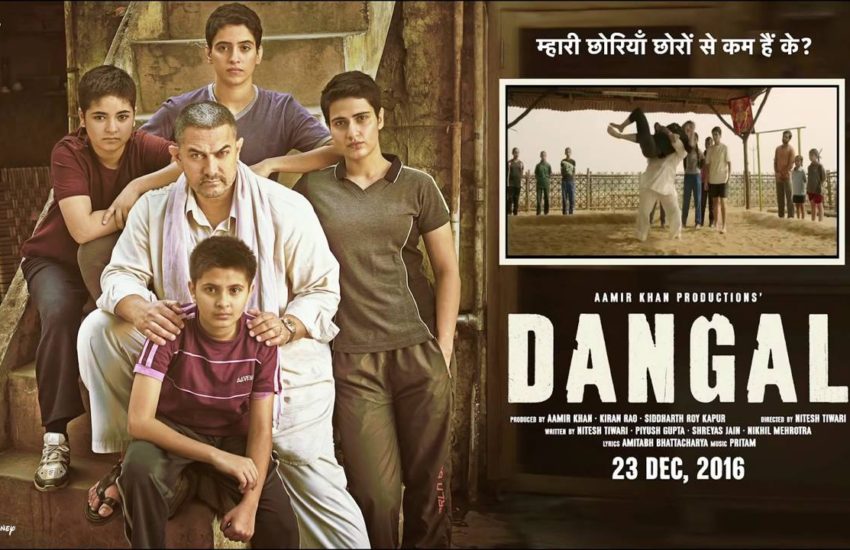 On the 5th of May 2017 an Indian movie took over the Chinese cinema screens. Dangal or《摔跤吧！爸爸》surpassed the $100 million mark at record pace on the China mainland.

I first heard about this movie at a Chinese family community gathering in Scotland.  I sat with the mums indoors while keeping an eye on all the kids. I had never before heard a Chinese lady speak about an Indian man in such a mouth watering manner — Aamir Khan, the star and producer of Dangal. Even the dads were dropping his name over the BBQ while twisting their homemade Chinese spicy lamb kebabs. Aamir Khan’s name continued to sizzle in my wechat groups.

Who is Aamir Khan and what is this movie all about?

Aamir Khan is an actor, director and producer with his own production company. He is not afraid of shedding light on controversial social topics and this honesty is the driving force behind the credibility of his films. Some would say Dangal is a story about female empowerment, some would criticise it for being male chauvinistic and anti-feminist but it is a story that resonates with China.

It’s a true story about Mahavir Singh Phogat (played by Aamir Khan) who went against the social norm and trained his two daughters to become world class wrestlers. The girls at first resist their father’s attempts and are ridiculed by their friends who live in a culture where gender inequality and child marriage is still prevalent. Their father even gives them boy hair cuts ignoring the protest of his daughters but they soon begin to develop an interest in the sport.

Why is this movie popular in China?

Dangal could easily have been a Chinese story. The plot is all too familiar. Not in a cinematic way but just in their own lives. For many they see themselves or their parents hopes and characteristics played out through the movie. Teachers have jumped on the movie and rightly or wrongly are using it to prove their system works. Parents have taken their children to the cinema in the hope that they will accept their parents’ strict methods and have reported that it works.

A film critic, Yin Hong, reported to the Beijing Evening News that Dangal had “taught Chinese cinema a lesson”. China is a country steeped in human interest stories, its an untapped resource that has been marinated almost too long. Where’s Wang? I believe we may be introduced to many through a Dangal effect. From sport to academic, whose story will be told first?

China first has to shake off its reluctance to share the stories that show vulnerability or leave it open to criticism. The down moments are where growth can happen, and that’s where gripping stories can be uncovered. Personally, I think on the whole China would command a great deal of respect if it opened up this treasure chest. No country is perfect. The American story of Erin Brockovich highlighted the contamination of groundwater in Hinkley. Britain also frequently exposes itself to criticism on the small screen. India brings out movies such as Slumdog Millionaire, going to great lengths to find child actors who have experienced the level of poverty that is to be portrayed.

My sister in law has a great story of determination. She was a child labourer working 19 hour days without weekend breaks but last year graduated from university with a degree in accounting and finance. There are many Chinese Olympic Gold medalists who I am sure have cinema worthy motivational stories to tell. I think it is time to show the cinematic world the inspirational true stories of China.

My family and Dangal

(My mother-in-law made the tennis dress. We bought a woman’s size 18 dress and she cut it down to size. Hand-stitched with Chinese silk added to the sides and under the collar.)

Rightly or wrongly we have also shown this movie to our children. I see myself as between the generalised relaxed Western parenting style and the stereotyped Chinese tiger mom type. My eldest trains 5.5 hours of gymnastics a week but that is not her main sport. The morning after watching this movie I was woken up at 5:30am. My daughter had set her alarm clock like in the movie and was up practising. We now all get up at 6am. Most mornings she trains with her dad. Some mornings we play skipping games. Her favourite is our weekly breakfast picnic in the park. Ice cold milk on cereal before a play on the swings and climbing frame.

If you haven’t already watched this movie, I highly recommend you give it a go. In the comments below please let us know what you think. Is this a story about female empowerment? Or perhaps you think it’s a story about a father living his dreams through his children. Do you find it motivational? Or do you worry that it will be used to justify strict parenting? Do you know a motivational story from inside China that you’d love to see shared on the big screen?