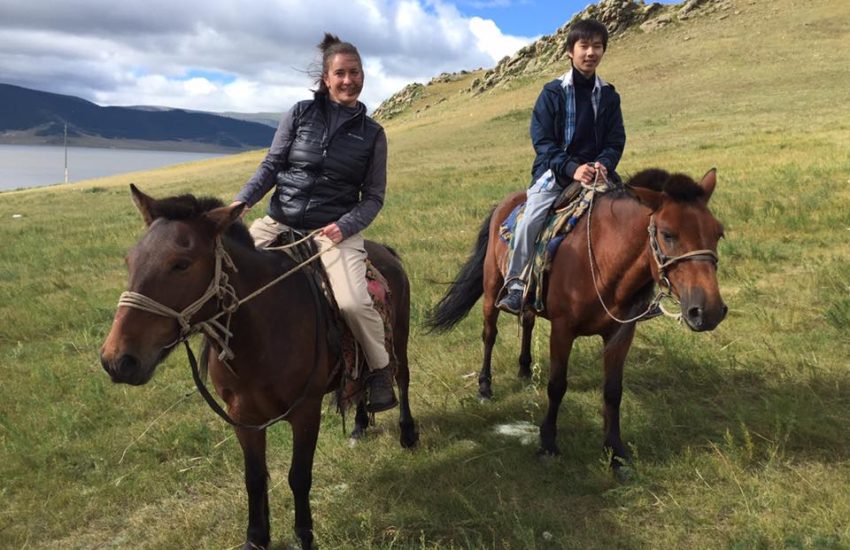 I was not one of those girls that dreamed about the day when she’d become a mother. I was on the fence about the whole matter and in my previous marriage–which lasted over 14 years–we nixed the idea early. He wasn’t optimal daddy material; therefore my biological clock did not kick in. Or rather, what I like to call the “relationship clock” never kicked in. Had I met and married a different man when I was young, then perhaps I’d have wanted a baby of my own.

That declared, I have been working with adolescents and teenagers for more than ten years. As a language arts teacher and librarian in middle and high schools, I teach and mentor teens each school year.  I enjoy them. From the squirrely sixth graders to the spastic sophomores and sometimes somber seniors.  While it was long ago, I have a strong memory of those years when we want so terribly to fit in AND to be unique, to be part of the collective while also asserting our independence. All the drama and angst and emotion, the tears and the rage. The wide open future that blinds our eyes. Yes, I remember it.

The meandering roads we take in this life can offer surprising synchronicity. As that childless marriage ended, I met a man in Mongolia. We fell in love and I moved to Ulaanbaatar where I joined him AND his teenage son. We got married three months later and POOF! I became stepmother to Enkhjin, whom we call Enji (most Mongolians have a nickname or short version of their often long names). When I referred to myself as a stepmom, my husband emphatically declared, “No, mom is mom!”

And so it has come to pass just as he declared. Enji was 14 years old when I met him via Skype, and turned 15 just before I arrived to Mongolia. This coming June, as he finishes tenth grade, he’ll turn 17.

In the twenty months since I arrived, we’ve gone from strangers to family. In the beginning, he didn’t call me anything, though I’d said he could call me “Heather.” Before long, he began to text or message “Mom” on occasion. In conversations with his father and other Mongolians, I could hear myself referred to as “Eej” (mother in Mongolian).

Over that first school year, Enji continued to live with his paternal grandparents. They lived near the school he attended and he helped look after grandmother who has failing health. He’d spend one or two nights a month with his father and me in our apartment. As you can imagine, this made for a slow getting-to-know-each-other. I can’t lie, it was awkward in the beginning. For me.

We made plans for Enji to begin attending the International school where I work in August, 2016. That would also mean he would live with us and visit grandparents on weekends. A flip of how things had been.

But before the school year began, we went on a countryside trip. While I had invited expat friends and colleagues to come along, no one did. In the end, with his father away for work, it was mother and stepson traversing the stunning Mongolian countryside–from Lake Khuvsgul to Terkhiin Tsagaan Nuur National Park to Orkhon Waterfall, and many places in between–with a hired driver in a Russian van.

For nine days and eight nights, we lived and breathed and ate and slept in the same physical space. I learned that he doesn’t “turn-on” until evening; he learned that I get grumpy when I don’t get enough sleep. I learned about his birth mother; he learned about my childhood and siblings. We talked about life in college, fishing and hunting, anime and his art, about our upcoming holiday trip to the U.S., about my first impressions of Ulaanbaatar, and about how I fell in love with his father. I learned he has a jumping-dodging fear of insects and he learned I like to hike and walk. A lot. He taught me how to make and eat a cup of instant Ramen and I showed him how much better hyam (summer sausage) can taste when you pair it with mustard.

Though I had been disappointed that others had not come along on the trip, a tiny voice had pushed me to pursue it. As the trip came to an end, I understood why. The days and nights spent off-the-grid had created the much needed time and opportunity for us to talk, to question and to answer, to learn likes and dislikes, to share stories, and ultimately–to bond. We broke past our varied histories and into a new NOW. On our final night, in a ger (yurt) with no electricity at the edge of the Mongol Els (dunes), Enji asked if I would call him “minii huu,” (Mongolian for “my son”).

I guess you could say a Mongolian teenager birthed a mother. Not traditional and not orthodox, but true life just the same.