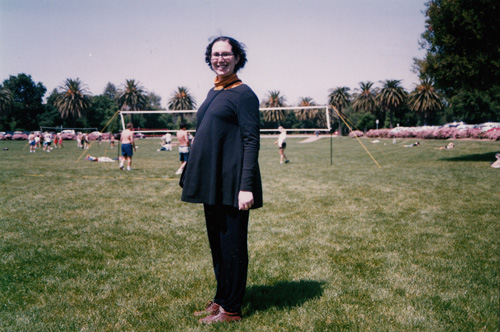 It’s hard to believe that 20 years ago I delivered my first child–and learned about 滿月 or 坐月子 as I went to take a shower in the hospital.

My Cantonese doctor had just signed my discharge papers in my posh San Francisco hospital room and started rambling on about old traditions and how I don’t need to follow those because we have clean, running water and those traditions stemmed from when women walked up and down mountains for miles on end to fetch water.

He may have been speaking another language because I had no idea what he was talking about. Just after Dr. Quan left the room, I grabbed my clean clothes and headed for the bathroom. My then-husband looked at me and then asked just where the hell I was going.

“To take a shower,” I said. I hadn’t had one since before delivering Jake three days earlier.

“Not so fast.” He then went on to explain just why I wasn’t to take a shower or wash my hair for the next month.  A month? Was he serious?

It suddenly clicked why Dr. Quan had told me about old traditions and that I didn’t need to pay attention to them. I wanted him back in the room ASAP, but I was on my own with a stubborn husband who insisted I stay dirty for a month. (The same husband who had chided me for not taking a shower one day during a Wuhan summer. These rules were getting hard to keep track of.)

So I went home and snuck in showers that month when the husband wasn’t around. He went to our next door neighbors’ house to ask them more about the rules of confinement, even though he had had a daughter nine years earlier from his first marriage. The neighbors–people I barely knew apart from friendly waves from our backyards–told him to make me fishhead soup (I wouldn’t touch pig trotters, so those were an automatic no), never give me a cold drink, don’t let me go outside, and don’t take the baby out (except when the husband insisted we show him off to these neighbors; I wasn’t allowed to carry Jake because they all thought I was so frail). 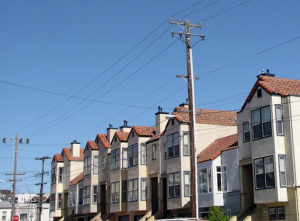 I was basically under house arrest for a month and felt like crying when I wasn’t already in tears. When I had my next two kids with my new husband, I wasn’t allowed to take the babies out for two months because they hadn’t been vaccinated until then. I get that, but I still took showers and washed my hair.

After 20 years, I still can’t put this out of my mind and have come to see the concept of confinement for a month as a not necessarily bad one. But we new moms need our own rules. If we’re going to stay under house arrest for a month, it should be under our terms and no one else’s.

Our beds should have new 1500-thread Egyptian cotton sheets ready for us when we come home from the hospital. After all we’ve done to bring the little heir or heiress into this world, it is time to rest on luxurious sheets. Buy two sets so we don’t have to go without while one set is in the wash. 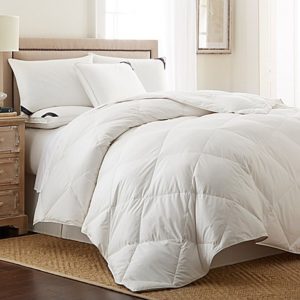 And while we’re at it, a new year-round down comforter will go nicely with the new sheets. I use a comforter 12 months a year on a normal basis, so new moms should get a new one that will keep them warm and comfortable while they lounge in bed for this first month of baby’s life, lounge being the key word here. If we can’t go outside, we can’t do work inside.

Ask friends or family to get (buy or borrow from the library) books you’ve wanted to read forever but haven’t had time. I caught up on a ton of reading during my kids’ early months. Or make sure you have a stack of good books before you deliver. People always say to sleep when baby sleeps, which is the key to staying rested and as free from the baby blues as possible. But babies sleep a ton during their first few months, so there will be times when you want peace and quiet, but don’t feel like sleeping or staring at the ceiling. 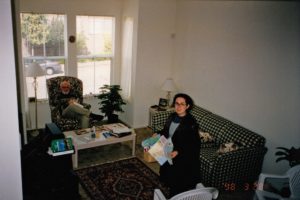 My new rules permit as many showers a day as a new mom wants. After giving birth, we are in no position to stay as is for a month. Also, for breastfeeding moms, hot showers are the key to preventing further engorgement. When I was engorged with my two younger children, sometimes I took a shower twice a day. (I snuck showers a couple times a week with my first child since that husband had tried to ban all hair washing and bathing.) For the shower, I recommend any Cote Bastide product. This fig shower gel has been my favorite for more than 15 years.

I also love their soaps. This is the time to indulge, so go all out. 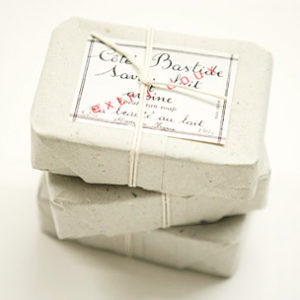 We need to talk about towels. Your mother-in-law might use a thin hand towel after her showers, but no way are you expected to dry off with that after you’ve had a baby. Or ever. Invest in luxurious bath towels that put the Ritz to shame.

Lots of new moms drink again once they’ve delivered, but time it either when they won’t be feeding their baby or when they plan to pump and dump. If new moms don’t breastfeed, they drink when they don’t have to reach for a bottle and feed the little one. I’m not an expert on any of this, so ask your doctor for her/his advice. But when it comes to other cold drinks–absolutely yes. Breastfeeding made me thirstier than ever, even more than when I was on a night train from Wuhan to Guangzhou without a bottle of water in sight.

My ex-husband cautioned me against drinking cold liquids less it suck the calcium out of our newborn. He wasn’t the one producing our child’s nourishment. I craved cold glasses of fresh lemonade and tall glasses of freshly squeezed orange juice. Indulge and don’t worry about the cost. It’s just for a month.

I suffered through bowls of fish head soup with smoked dates that made me gag. The traditional postpartum soup is vinegar and pig feet. If you love that as much as my friends do, please go all out. But if it’s not your thing, eat to your heart’s delight. I stayed away from dairy for a while because it seemed to make my baby gassy. You can try different food you’re in the mood for and see if your baby has a gassy reaction. If not, indulge in healthy food you don’t have time to make or buy when you’ve got a million and one other things to do. This is your month and have whoever is around cater to you. It could be a mother-in-law, mother, friend, husband, wife, partner, neighbor, etc. And if you’re alone during the day, call a delivery service. That’s what Peapod was meant for!

This is up to you. After I remarried and had more kids, my husband’s pediatrician sister informed me that it’s really not the best idea to take newborns out before they’ve had their 2 month vaccinations. I’m not one to advocate complete house arrest, but use your judgement as to whether you think it’s a good time to take baby out. If you can get out on your own or with friends sans baby, that’s also fine. But the purpose of confinement is to be free from other responsibilities for a month and just enjoy these early baby days. It’s not to put pressure on yourself to see all your friends who have wanted to hang out now that you’re on leave. Invite them over if you want and give them time limits so you can stay rested. Ask if they’re sick or feel like they’re coming down with a cold. Those visits can wait. 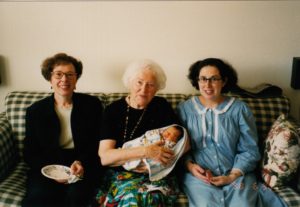 If I had to do it over again, I wouldn’t have shunned confinement, but I would have made it more about me. If a husband or other family member thinks this advice is selfish or not baby-centric, ask them to deliver that baby, do all the night and day feedings, change all the diapers, don’t shave or take a shower for a month, and then get back to you.