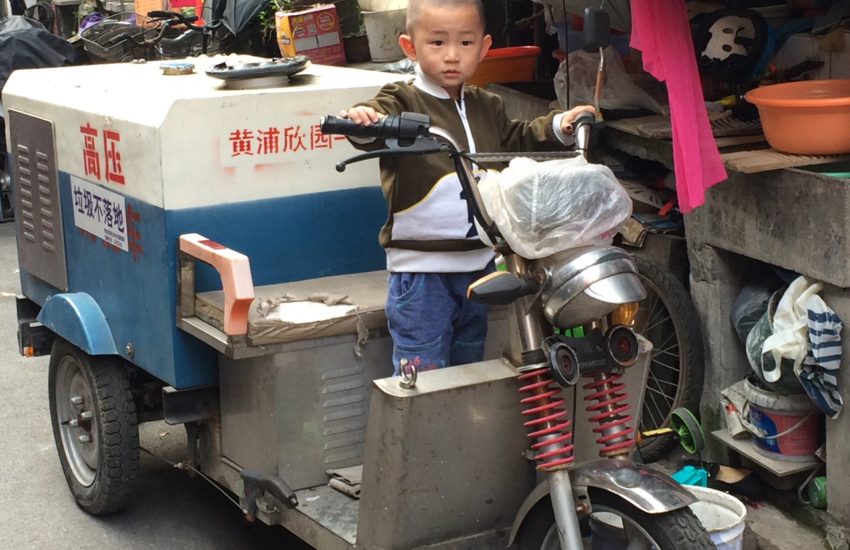 Imagine if you married overseas and spent much of your first summer together in a city foreign to the two of you. You both knew–and loved–this city before you met, so it seemed like a homecoming. 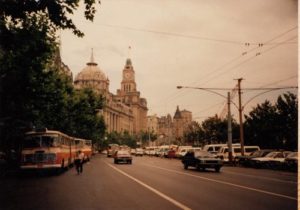 And imagine the marriage didn’t work out. A handful of years after that first summer in that magical city, you moved back home and that life overseas seemed like it belonged to someone else.

It’s hard to think about where you’d be in twenty years. That sounds like such a long, almost infinite time in the future.

But it’s not. It happens faster than you could imagine.

When I traveled to Shanghai throughout the summer of 1995, I was a newlywed and living in Hong Kong, my favorite city hands-down. But Shanghai was a close second. It was a refuge the first time I traveled to China–a year before Tiananmen–when FECs and Friendship Stores segregated foreign travelers from locals. But Shanghai always seemed different. There wasn’t much of an us-and-them feeling to the city. Three years later that would be even more pronounced and two years beyond that–which brings us to my wedding year of 1995–it was almost like being in Hong Kong, down to the HK pharmacies and emerging bar scene.

When I left Shanghai for the last time that summer, I had no idea 1) I’d be divorced in five years, 2) I wouldn’t go back to Shanghai for 20 more, and 3) I’d meet my ex-husband and his new wife for lunch on my first full day back.

So what’s it like to return to a beloved city after a 20 year absence? For me, it was exciting, and scary, and familiar and new at the same time. Just like when I go back to Hong Kong (I only had a 14 year absence there), I gravitate to places that remind me of the past.

These photos of Shanghai could have been taken back in the 80s or 90s, but they’re from two years ago.

This grand return to Shanghai happened because my mom, our good friend, and I were there to attend the World Congress on Art Deco. So we spent that week visiting and learning about old buildings, like this apartment where the writer Eileen Chang once lived.

Or the former home of Rong Yiren, vice president of China in the 90s.

And the Green House, a building now run by the Chinese government and closed to the public. It just happened to be opened when we stopped by two years ago. It’s a work of art.

And then there’s the Peace Hotel, where I stayed with my parents, uncle, brother, and ex-husband the previous time I’d been in Shanghai. It’s been refurbished twice since 1995 and it’s now luxurious beyond imagination. (When I stayed there in 1995, it had certainly seen better days.)

The view from the rooftop:

And here’s the Bund with the Peace Hotel’s pyramid roof in the background.

On my last night in Shanghai two years ago, the World Congress put on a 1920s gala at the Peace Hotel. I’d had a qipao tailored earlier that week and many of us wore our new dresses for the first time that evening.

My ex-husband has been living in Shanghai for almost a decade now, and before this trip I was afraid to go back. We’ve both been remarried for a decade and get along fine, but, still, going back to Shanghai was a little difficult. It was now his city and to me that felt a little intrusive at first. But our lunch went really well. His wife, my mom, and our friend were also at the lunch. We have no need to talk about the old times; everything we discuss about centers around our son, who plans to study in Shanghai next year.

I’m not sure when I’ll be back. Maybe next year to see my son, or maybe I’ll have him meet me in Hong Kong for a few days. No matter what happens, I’m not afraid of the future.